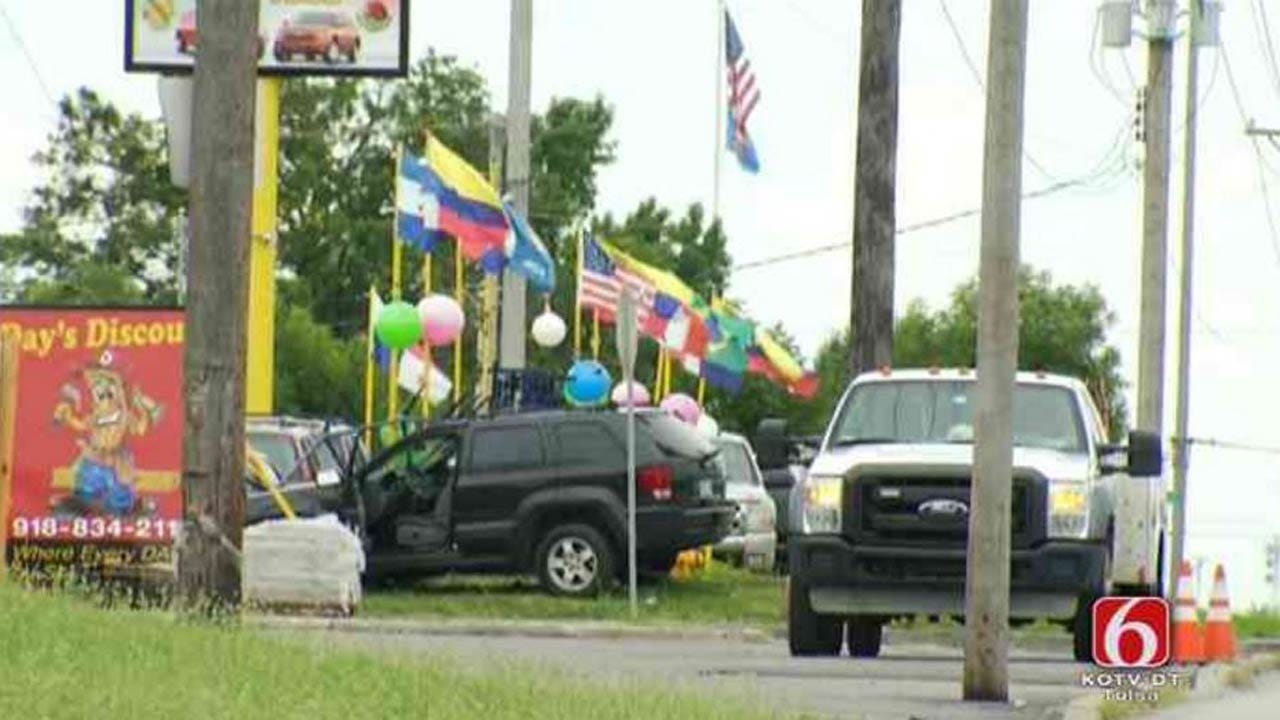 It happened near 12th and Sheridan just after noon. The leak was so large the sound of gas escaping could be heard more than a hundred feet away.

Tulsa Police closed down closed Sheridan in both directions while other first responders and ONG worked to shut off the gas.

Officers say the Jeep was northbound, attempting to go east when a car headed south turned in front of the Jeep clipping the SUV. The Jeep then struck a natural gas line causing the leak.

No one was injured in either vehicle.

Sheridan was reopened at about 1:15 p.m.