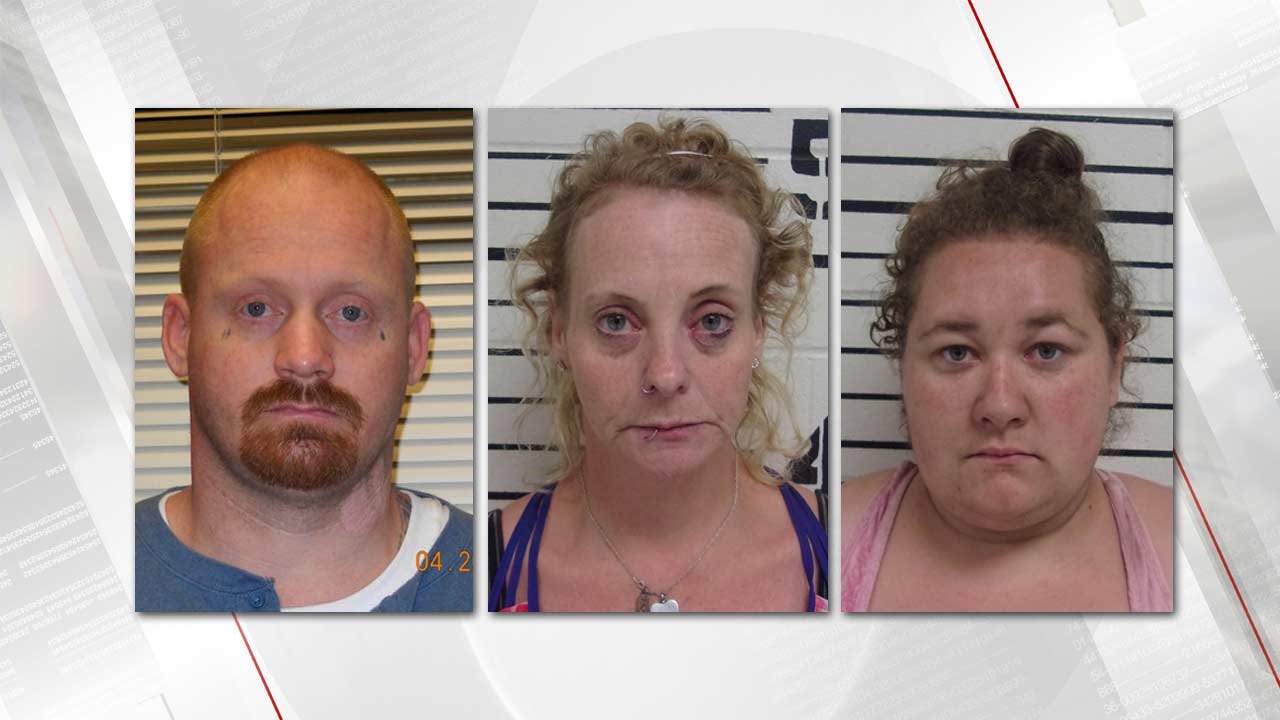 Two women and one man were arrested for first-degree murder after a man was beaten to death with a garden rake in Cherokee County Monday, July 10, 2017.

John William Johnson, 40; Stephanie Barshear Johnson, 27, and 42-year-old Lilah Foresman are in jail in connection to the death of James Andrew Clay.

Undersheriff Jason Chennault said deputies were called to the Etta Bend area off South Welling Road around 1 p.m. after hearing of a badly beaten man at that location. Investigators said John Johnson and the 46-year-old victim got into an argument earlier in the day somewhere else, and the fight continued at Etta Bay.

7/10/2017 Related Story: Man Beaten To Death With Rake In Cherokee County; 3 In Custody

"The argument turned physical and at some point, Clay was struck with a garden rake," a news release states.

Chennault said they are waiting on a report from the medical examiner's office that officially determines the cause of death. Then results of their investigation will be sent to the district attorney.

The Sheriff's Office asks anyone with knowledge of Clay's death to call investigators David Craig or Chris Grizzle at 918-456-2583.