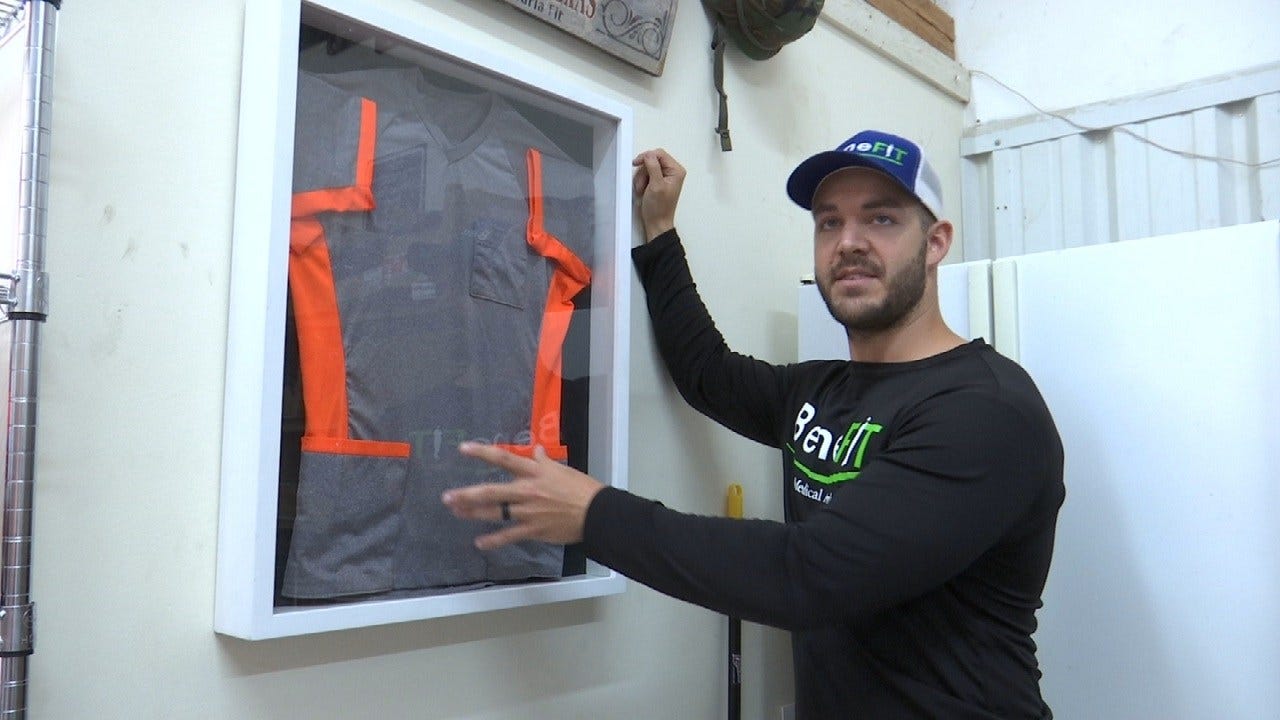 After serving our country, two Tulsa-area veterans had an idea: scrubs that make you look good. They took that simple idea and built an empire.

People all over the world are taking notice of two Tulsa Air National Guard veterans and their brand, BeneFIT.

"Some people even say they feel like you're wearing a cloud," said Justin Culver, co-founder of BeneFIT.

James Reynolds, also a co-founder of the brand, was an Oklahoma State University student working at a pharmacy when the light bulb went off.

"These do not fit how I want them to fit," Reynolds said of the scrubs he was wearing. "They don't look cool, they're just basic scrubs, they're kind of boxy."

So, he rolled with it from there, starting with a prototype and a lot of help from social media.

"We started out with a company that was self-funded, with almost no funding. And so, we did what we could," Culver said.

Reynolds says the scrubs have double functionality — you can work in them and then work out.

"Hey, as long as your scrubs don't get nasty and messy, go on a jog afterwards in these," Reynolds said.

But the partners say this is about more than just scrubs.

It's about saying thanks to the people who take care of us every day.

"We're veterans, and people say, thank you for your service. But healthcare professionals are like everyday, local heroes," Reynolds said.

They say they also hope to show veterans everywhere what the military can do for you if you put your mind to it.

"We do feel incredibly blessed that we can come and we can transition our military skills into the civilian world," Culver said.