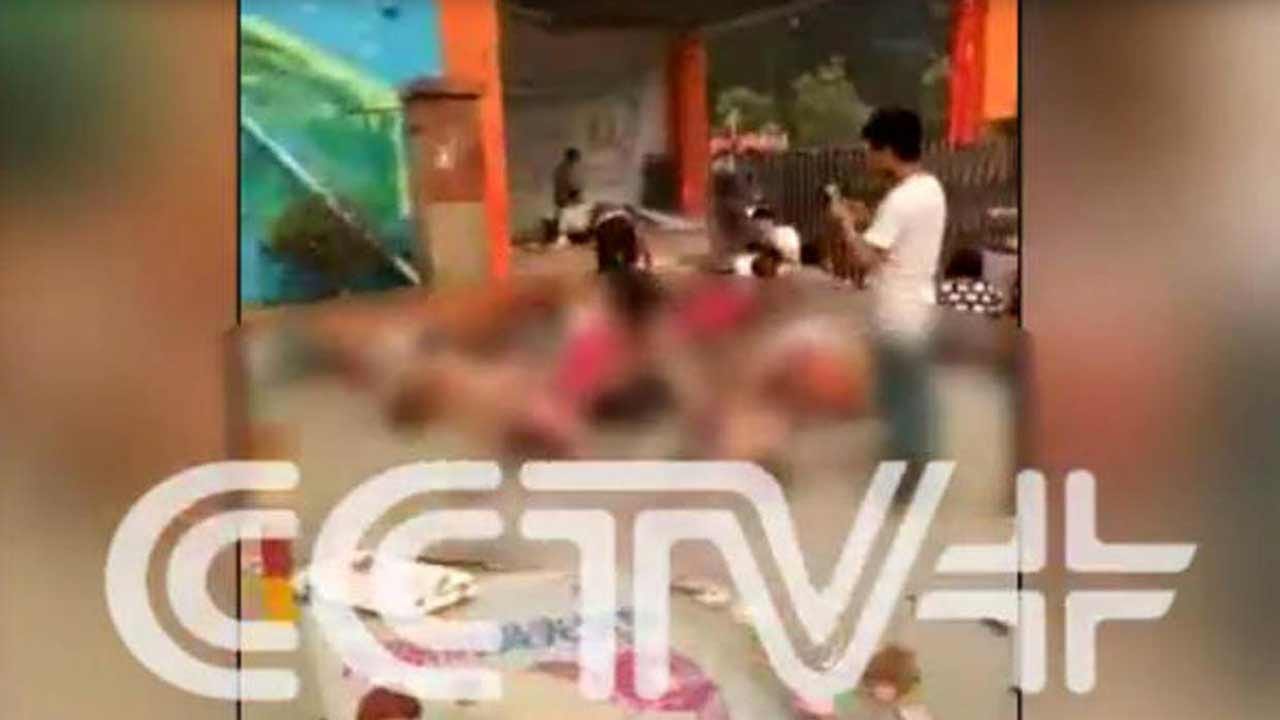 A city government says seven people were killed and 59 injured in an explosion at the front gate of a kindergarten in eastern China as relatives were picking up their children at the end of the school day.

The Xuzhou city government in Jiangsu province said the blast at the Chuangxin Kindergarten in Fengxian, which struck at 4:50 p.m. Thursday, was under investigation.

It wasn't immediately clear whether the explosion was deliberately set or the result of an accident.

Videos purportedly from the scene and posted on social media showed children and adults lying on the ground, some bleeding. Clothing, shoes and other items were strewn on the ground beside pools of blood.

Kindergartens in China have been targeted before in apparent revenge attacks carried out by people bearing grudges against their neighbors and society.  That has prompted a tightening of security around many schools, with the posting of guards equipped with truncheons and the installation of gates and other barriers.

China maintains tight control over firearms and most attacks are carried out using knives, axes or homemade explosives.