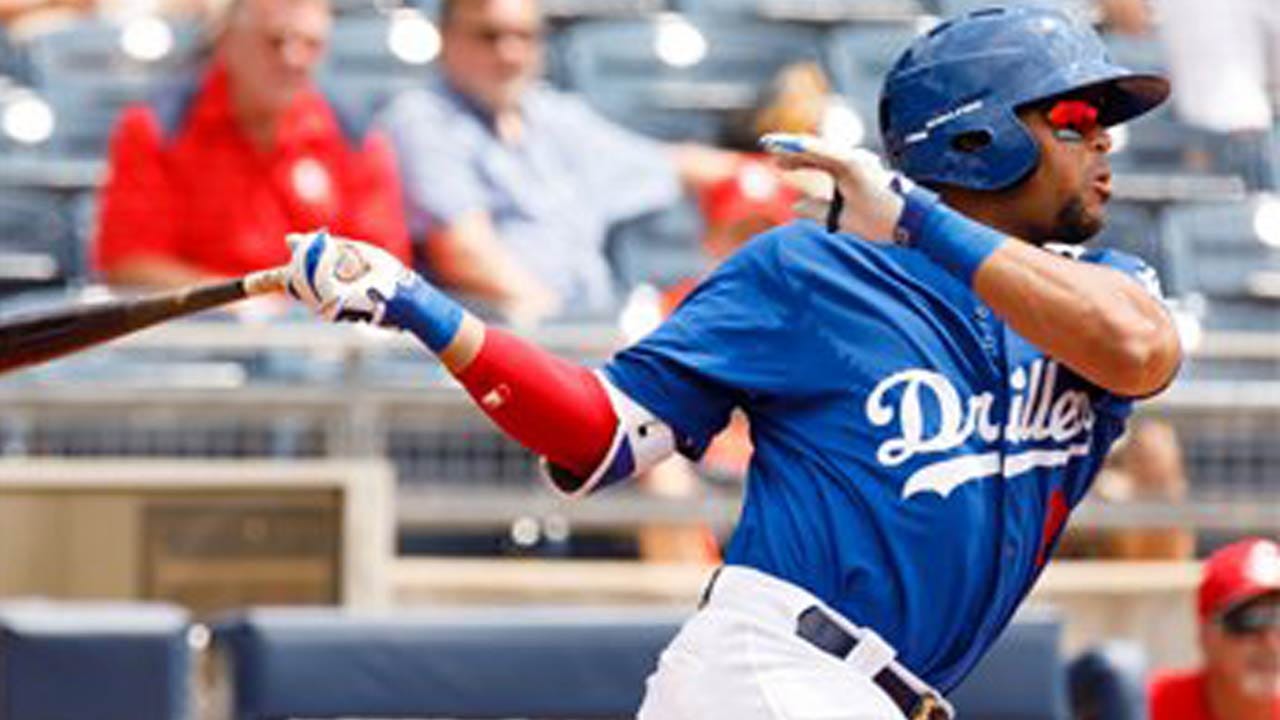 The Tulsa Drillers hot streak and move up in the Texas League's North Division standings continued Tuesday night with an 8-1 win over the Springfield Cardinals. The victory was the fourth straight for the Drillers and completed a four-game sweep of Cardinals at ONEOK Field. More importantly, the result moved Tulsa into a first-place tie with Northwest Arkansas in the North Division standings as the Texas League's first-half pennant race enters its final week.

It is the first time since April 17 that the Drillers have occupied first place. They also improved their record to 32-31, marking only the second time this season they have been above the .500 mark. The only other occasion was on May 18 when they were 20-19.

For the first time in the series, the Drillers scored first in Tuesday's victory when they broke a scoreless tie with a big, four-run fifth inning. The rally began with a leadoff double from Paul Hoenecke, followed by an infield single by Johan Mieses. Pitcher Josh Sborz advanced the runners into scoring position with a sacrifice bunt. After an intentional walk to Tim Locastro, Erick Mejia lined a base hit into right field that plated Hoenecke with the game's first run.

A sacrifice fly by Edwin Rios made it 2-0 before Quincy Latimore dropped a single into shallow left field that deflected off the glove of shortstop Alex Mejia who made a diving attempt at a catch. Locastro and Mejia both scored on the play to complete the four-run inning.

Another four-run inning in the seventh put the game away for the Drillers. Locastro and Rios drew walks before Latimore reached on an infield single to load the bases. Jose Fernandez followed and promptly cleared them with Tulsa's fourth grand slam homer of the season. The blast landed in the bullpens beyond the right fence and was the seventh home run of the year for Fernandez.

The Cardinals lone run in the game scored on a balk by reliever Michael Johnson.

Tulsa totaled a series best 12 hits in the game, with four different players getting two hits. Hoenecke's double in the fourth extended his hitting streak to six straight games.

Sborz was the benefactor of the Drillers big offensive night. The right-hander allowed only three hits in 5.2 shutout innings. The victory improved his record to 2-4.

The Drillers will continue their homestand Wednesday night when they open a five-game series with Northwest Arkansas. In the opener, Tulsa will send Isaac Anderson (0-7, 7.97 ERA) to the mound, while the Naturals will counter with LHP Foster Griffin (2-1, 2.84 ERA.) First pitch is scheduled for 7:05 PM.