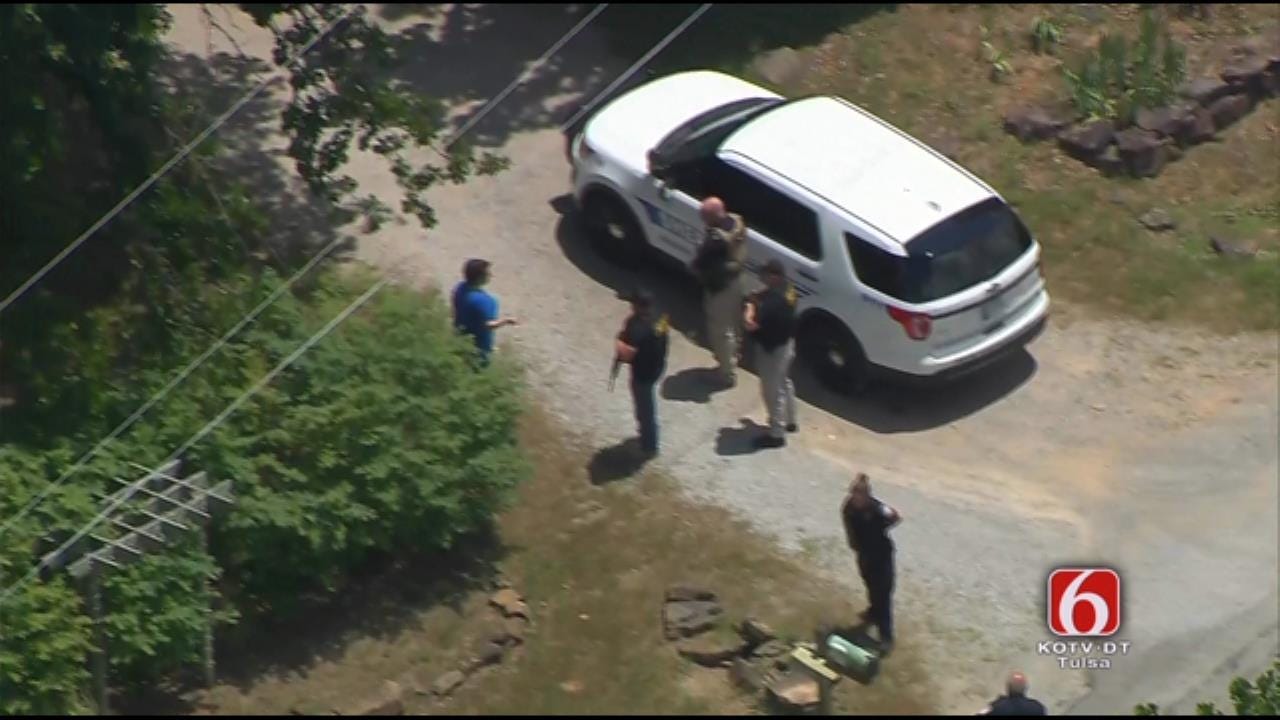 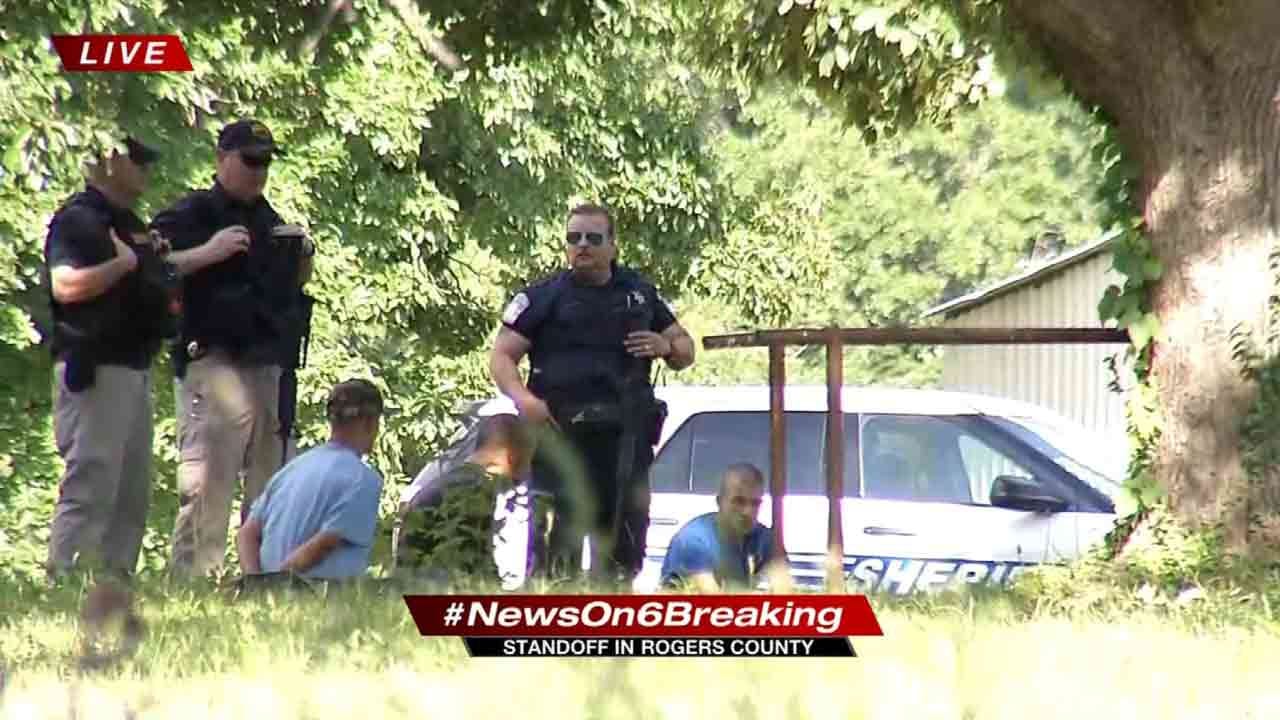 The Rogers County Sheriff's Office confirmed that multiple people removed from a Rogers County home are not connected to the Lincoln County jail escapees.

Multiple law enforcement agencies surrounded a home in Rogers County east of Catoosa.  Deputies originally believed that two of the people inside might have been the escapees.

Just before 5:30 p.m., three men and a woman were taken out of the house and placed into custody. No names have been released at this time, but it was confirmed that they were not connected to the escapees.

The three men were released but the woman was arrested on felony warrants.

A Rogers County investigator said at one point five people were in a home near Apache Street and 289th East Avenue. We're told the group was upstairs and that investigators gave commands for everyone to exit but they did not comply.

"They were just refusing to come out of the house. They said they didn't hear us. But we don't have anything to tie them to any kind of crime at this time," Baker said.

Those in the home either lived there or were visitors.

Rogers County Sheriff Scott Walton confirmed three people were removed from the home earlier in the day - two people and a child. We don't know their connection at this time.

The Rogers County Sheriff's Office was in a foot pursuit with suspects at about 1 p.m. Tuesday. Four witnesses said they say two Lincoln County escapees, Bryan Moody and Trey Goodnight. It was later confirmed they were not in the home.

News On 6 learned the pair being chased abandoned a vehicle prior to the foot chase.

The abandoned vehicle had a Texas license plate that doesn't match the VIN of the vehicle but law enforcement said that vehicle was not stolen.

"Just a breakdown, they broke down and some passerby seen the vehicle on the side of the road and seen the individuals walking away from it. They took a look at those subjects they knew that they didn't belong in that area," Baker said.

The Oklahoma Highway Patrol, Catoosa Police and the Rogers County Sheriff's deputies were all involved in the search.