A Brief Break In The Heat 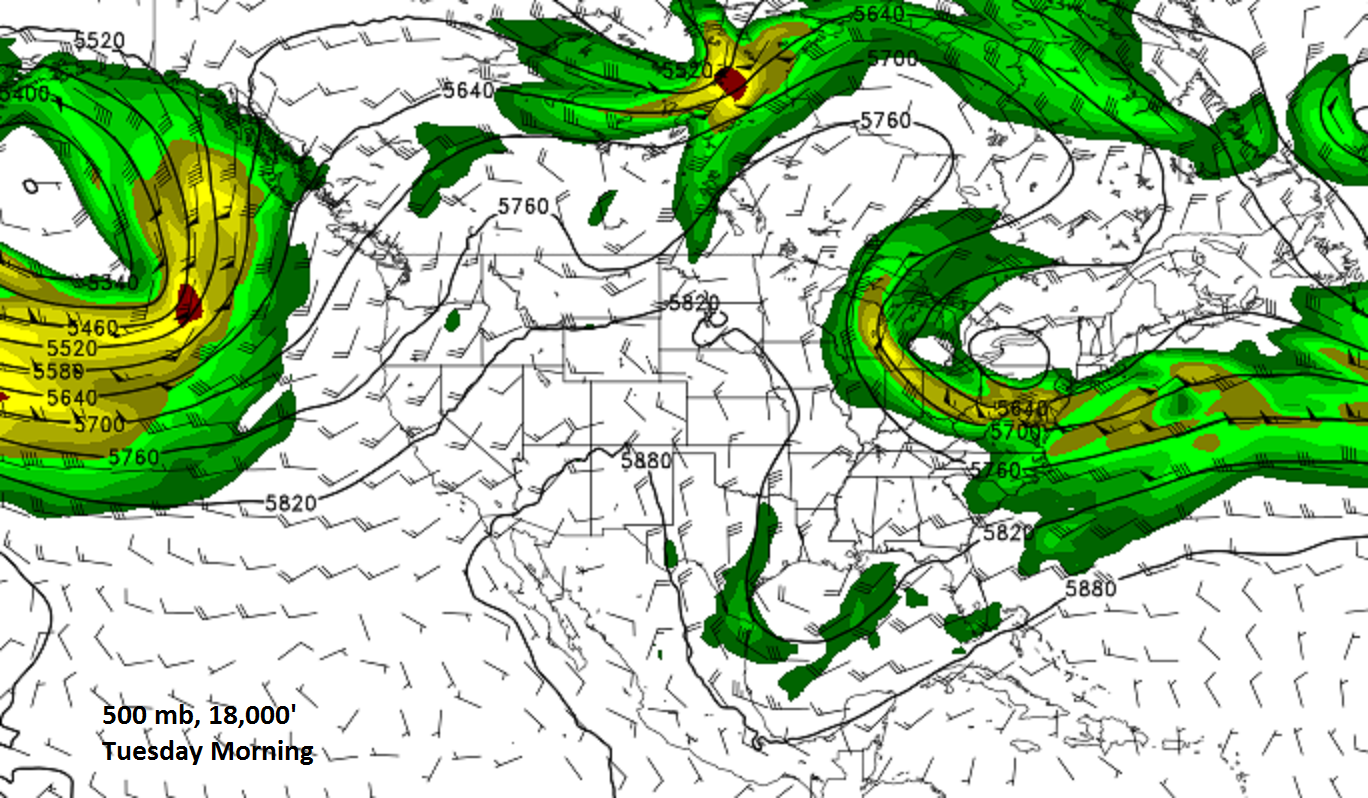 Despite northerly winds all day, temperatures warmed quickly and were generally above normal for most of us.  In fact, the max/min for Tulsa was 92/66 as compared to the normal value of 85/65.  What was somewhat unusual though is that the warmest time of the day was during the noon hour instead of around the 4 PM time frame.  That is because the brisk NE winds finally brought somewhat cooler air with them as the day wore on and offset the normal afternoon heating.  Those winds have also brought in much drier air as our dew point temperature has dropped from the upper 60s on Monday to the upper 50s this afternoon and will drop further over the next 24 hours.

That drier air will allow temperatures to drop off rather quickly tonight and we should be in the upper 50s to low 60s to start the day on Wednesday.  The only caveat to our night time cooling is an area of showers/storms in KS that is dropping southward and will be spreading some high level cloud cover for the overnight hours.  That activity will also be falling apart as it drops southward but cannot rule out a few isolated showers for the NW counties by early morning.

That will be followed by partly cloudy skies and much cooler conditions for Wednesday as the northerly winds at the surface and aloft will keep any significant weather makers from coming our way.  Look for daytime highs on Wednesday to be near the 80 degree mark along with humidity levels dropping into the low 40% range during the heat of the day.

Speaking of the northerly winds aloft, notice the upper level wind chart as of this morning which is showing the wind speed and direction at the 500 mb level or about 18,000’ above sea level.  The colors indicate the strongest winds, i.e. the jet stream location at that time.  As you can see, we have a weak northerly component to our winds at that level which is why the showers/storms that have formed in KS will be moving southward tonight.  But, the drier air in place here and loss of daytime heating will result in that activity falling apart with only some left overs possibly impacting our NW counties by early morning.

Now, notice the same chart only valid for Saturday night and you can see a stronger storm system has moved into the Pacific NW and I have labeled it as the next storm system.  There is considerable uncertainty regarding its future beyond that time frame as the longer range guidance is not handling this system with any consistency.  At any rate, notice that I have also labeled the upper level ridge that will be located over us by that time frame.  The impact on our weather will be for stronger southerly winds to be developing as that system approaches along with much warmer conditions to return for the weekend.

This will take several days to develop so enjoy the milder nights and not as warm days that we will have for Wed/Thu and into Friday morning as you can see on our forecast page.  After that, we will be much warmer and more humid, but still not much in the way of rain coming our way until along about this time next week.  Notice the 7 day QPF is starting to pick up on at least a chance of scattered showers by then and quite frankly it looks like our next decent chance of rain will be just beyond this forecast period.

Kristen Weaver As COVID-19 cases continue to go up in Oklahoma, so does the number of people that are getting tested. Some people are worried about how long it takes to get their test results back.