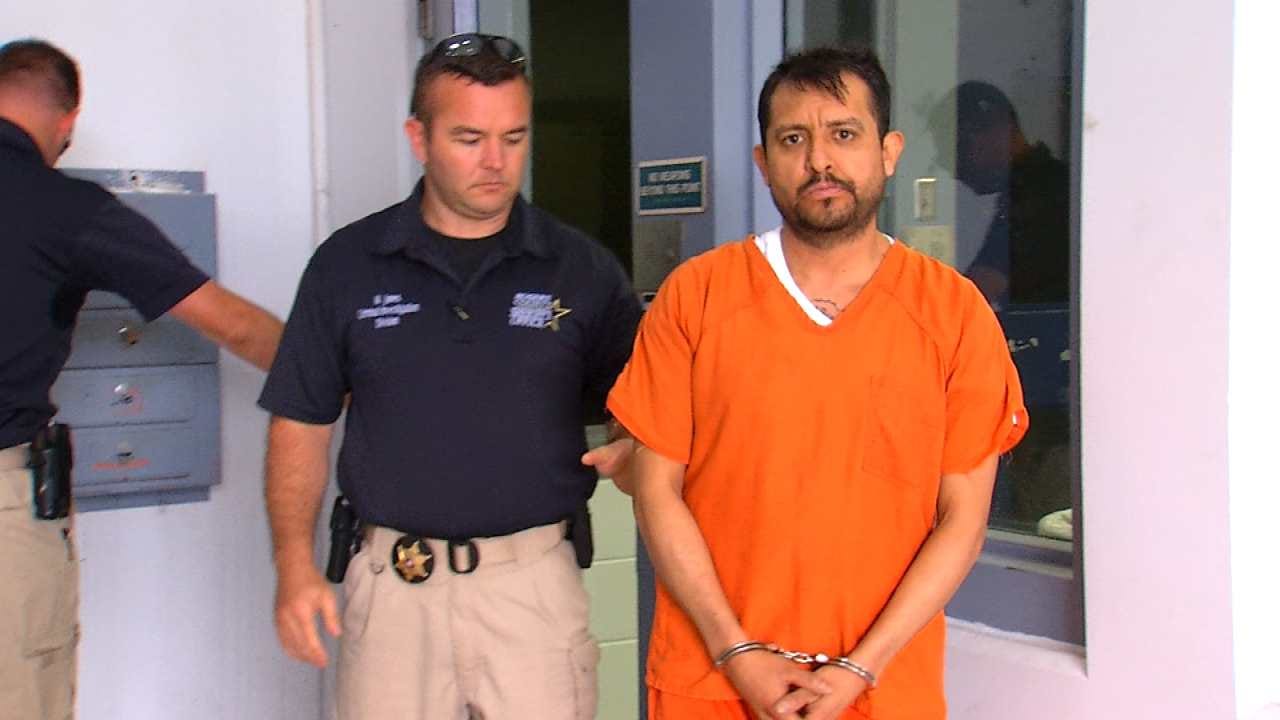 A Rogers County man was sentenced Thursday to 15 years in prison for accessory to murder in the first degree in the 2015 death of a Tulsa taxi driver.

Adan Mora-Ramos entered a plea, according to the Rogers County district attorney's office.

The body of Rafael Hernandez-Torres was found May 1, 2015, in the trunk of his taxi, which had been dumped into the Caney River in rural Rogers County. Torres had been shot nine times in the chest and back.

In April, the other man charged in Torres death, Roman Medrano, waived his right to a jury trial for the first-degree murder of Torres and entered a cold plea, meaning the judge will decide his fate.

Medrano is scheduled for sentencing July 17 in the Rogers County Courthouse.

Investigators said they believe Torres was killed not far from where his car was found and said Medrano knew the area.

Investigators said the motive was robbery; Torres' wallet and cash were stolen the night of his murder.

Torres' family said he was a very hard worker and owned his own taxi cab service.