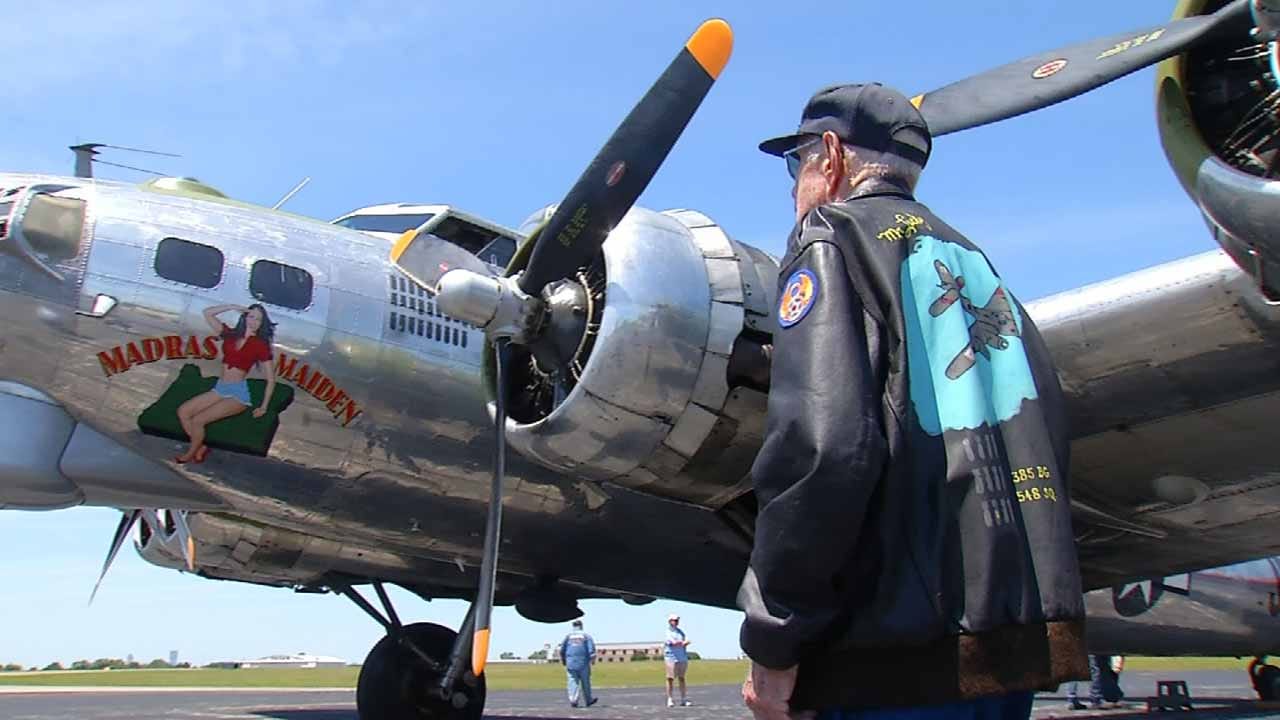 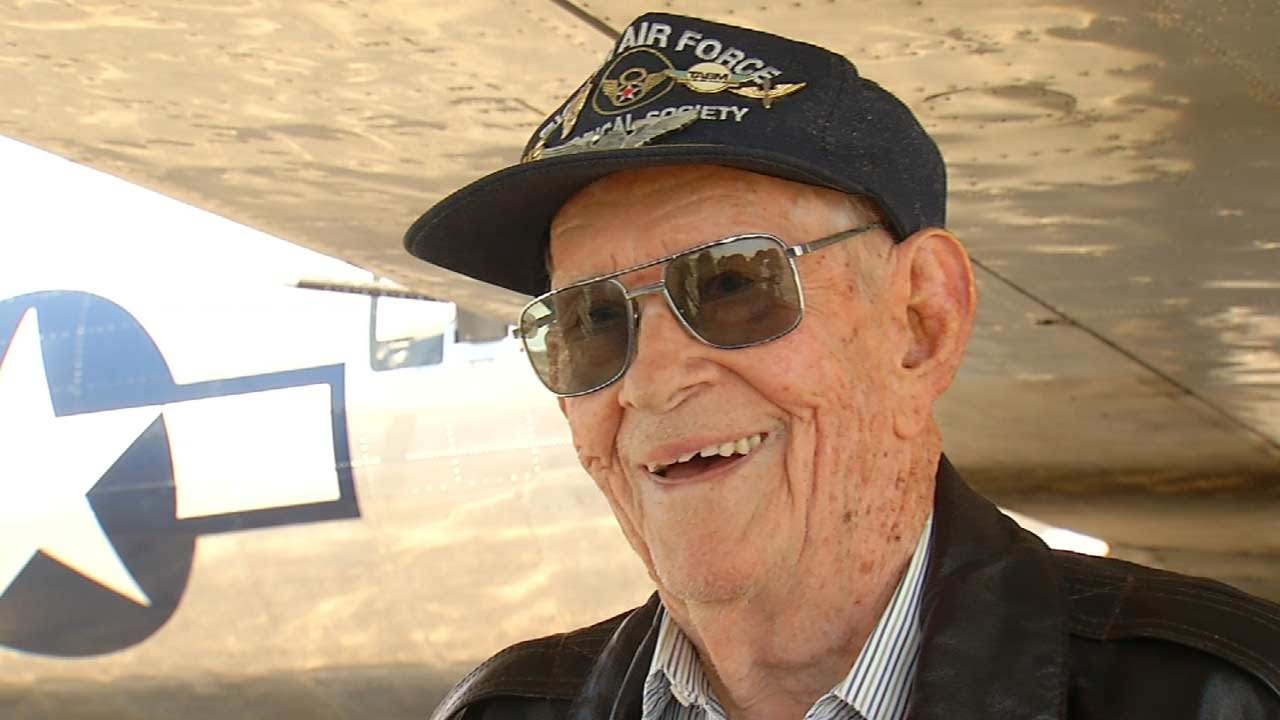 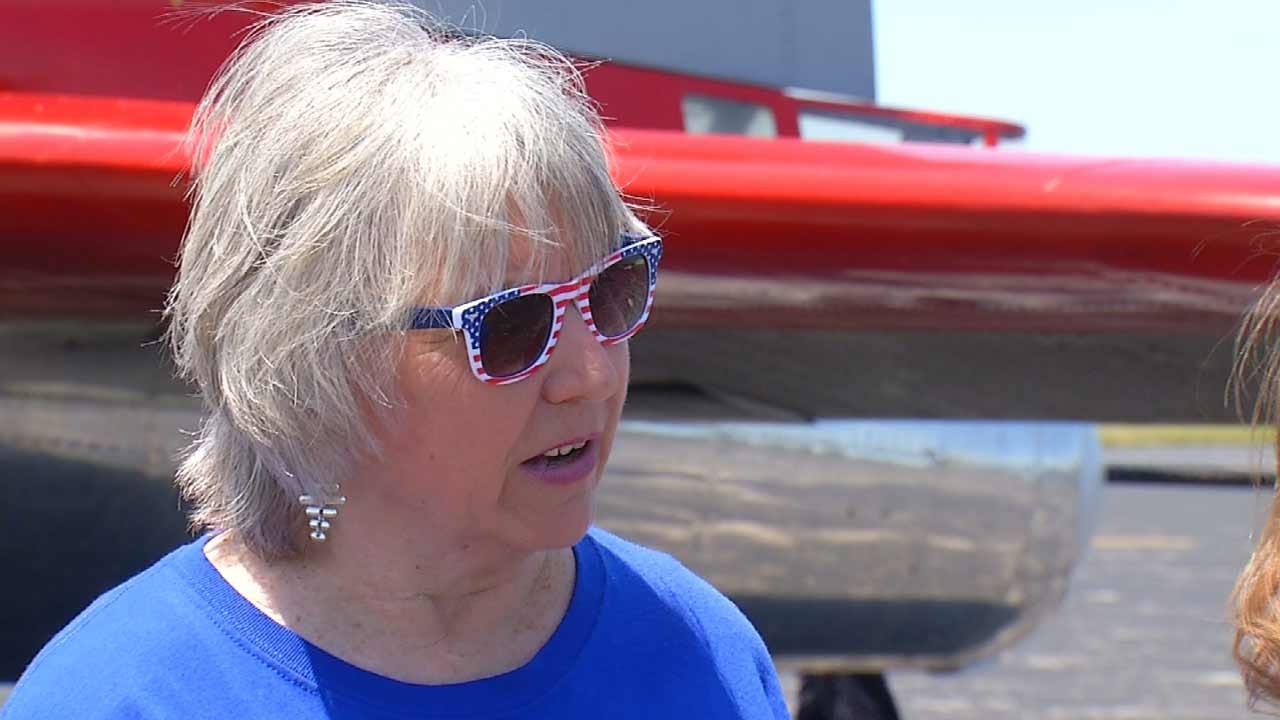 There are only 12 B-17s from World War II left in the entire world that can fly, and one is in Tulsa right now.

This B-17 bomber did not see combat, but Monday, it took WWII veteran Gerald Gentis back into the air. The 8th Air Force veteran went up with his daughter, Lynn.

During the war, Gerald Gentis flew 30 missions over Germany in The Flying Fortress.

"Most of the time he was a tail gunner, and I look at that area and think, 'Oh my gosh.' Frightening to think of what - he was back there protecting his plane," Lynn said.

The 92-year-old's leather jacket shows the pride he has for the plane; it reads "Mr. Lucky."

"One time his crew went off on a flight and they had a mid-air collision over the North Sea, and they were all lost," Lynn said.

She said he wasn’t in the tail that time.

"He was left on the ground to help do something else," she said.

From the air, Gerald looked out on Tulsa - just a small part of the land he fought to be free.

"And the next one that I consider a lucky one is we didn't even know we were hit and I was up in the nose on that one," Gerald recalled.

Being inside the bomber he already knows so well doesn't get old for him.

"Just brings back a lot of memories - good and bad - of his experiences," Lynn said.

Coming in for a landing, Gerald was already thinking about being back in the air.

"I'd rather be up there than I would on the ground," he said.

The Liberty Foundation spends $1.5 million a year to operate the B-17.

If you’d like to see the plane, or even go up in it, public flights and tours will be available June 3rd and 4th at the Tulsa Air and Space Museum. Flights will last 25 to 30 minutes.

The bomber will head to Wichita after its time in Tulsa.