'Something Needed To Be Done:' Trooper Stops Chase Suspect From Hitting Plane 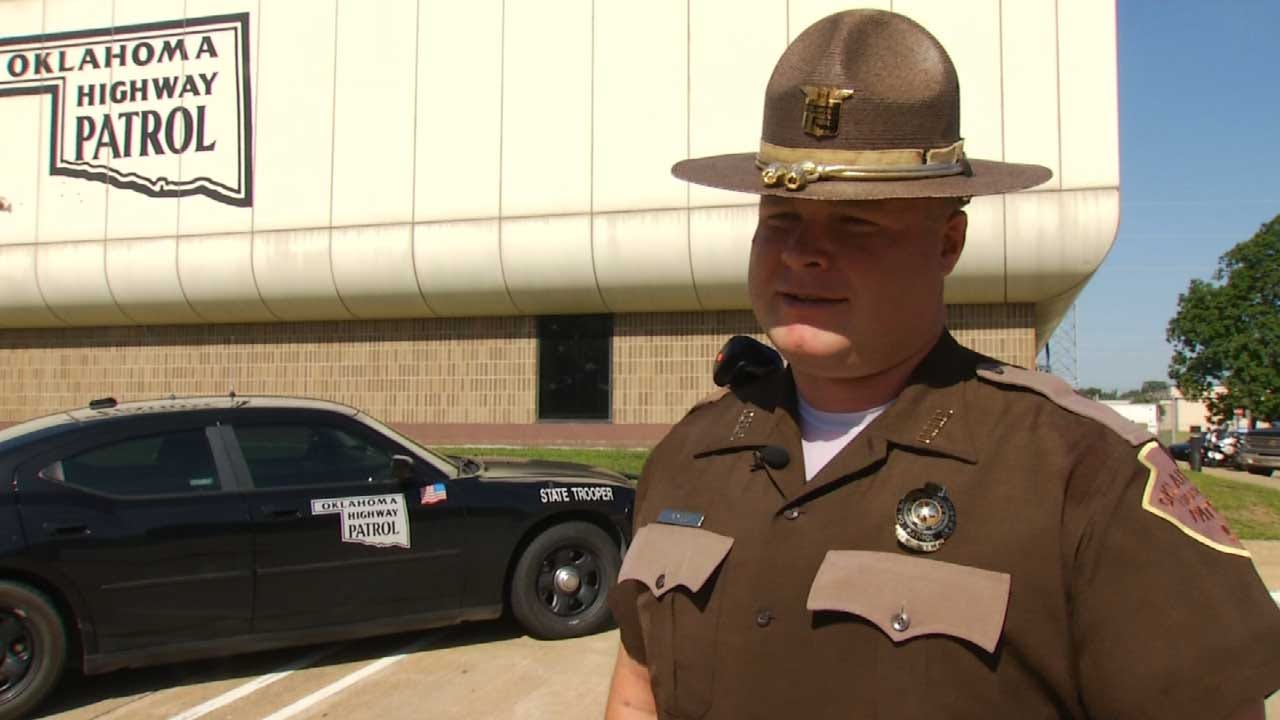 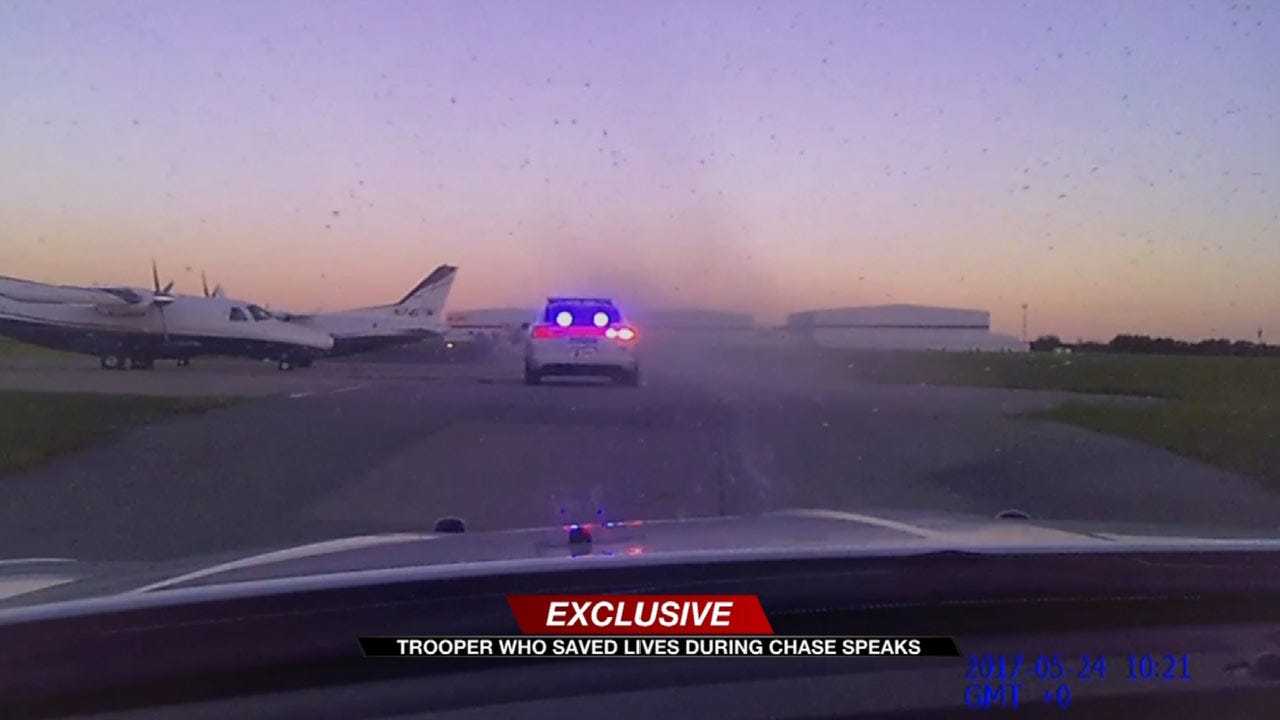 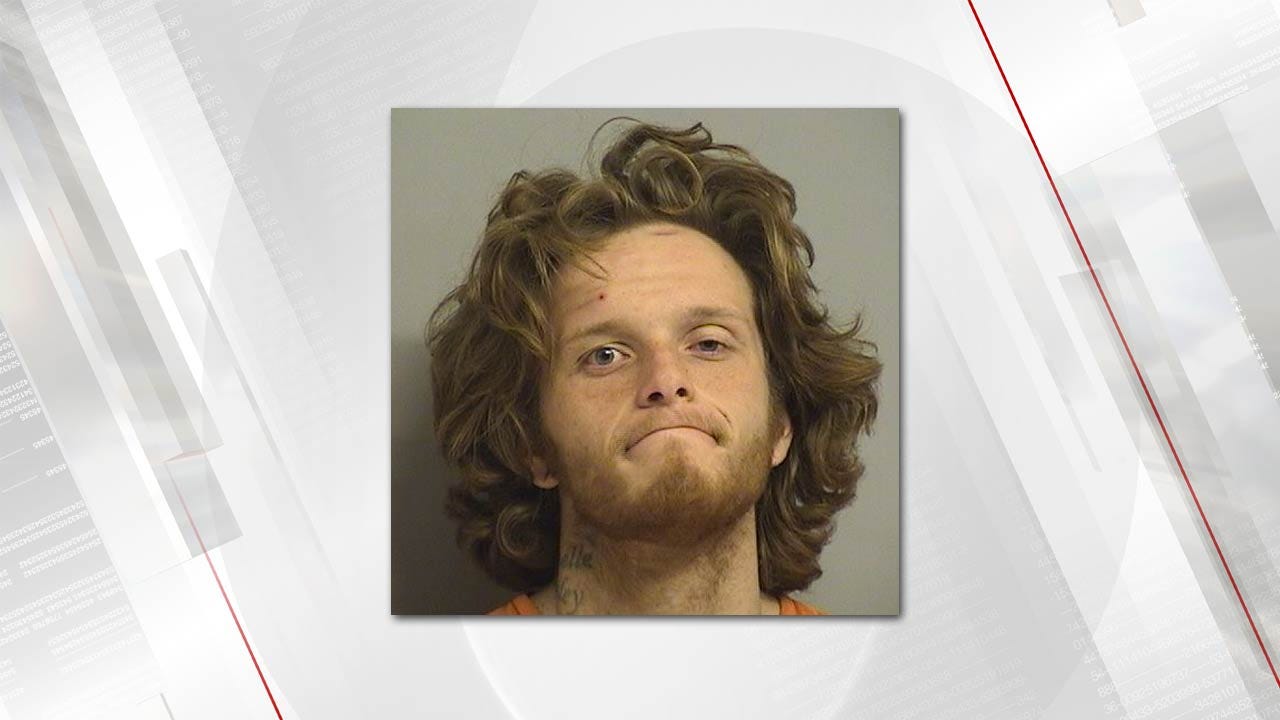 The state trooper who's credited with saving lives during Wednesday’s deadly police crash said he was just doing his job.

Video from inside a Sapulpa police car shows Newman slam through an airport fence. Sharp said the suspect was driving too recklessly and needed to be stopped.

"This pursuit just got real bad. It went from bad to worse in that split second for me, so something needed to be done bad,” he said.

Sharp saw Newman driving through taxi runways, onto the runway and through grass areas.

The trooper said at one point Newman drove in front of an airplane that was revving up its engines with the propeller moving.

"That truck needed to be stopped or he was gonna hurt or kill somebody. That's what I was trying to ultimately prevent, was him hurting or killing somebody, and it needed to happen and I had the means with a car to try to do it, so I attempted it," Sharp said.

During the chase, Newman ended up on an access road headed past airplane hangars and other planes.

Sharp then performed a tactical maneuver that stopped Newman from hitting a loaded airplane.

"Because there was two, I guess you'd call them Cessnas, that were in front of us," he said.

Newman changed course, bolting through the airport, and ultimately drove the wrong way on Highway 75 where he hit and killed William Bruckman.

Sharp said although he prevented one tragedy, he was unable to prevent Bruckman’s death – something that weighs heavy on him.

"I was afraid he was gonna hurt or kill somebody and that's what ultimately happened. That's, I don't know, that probably bothers me the most throughout the whole deal. I was trying to prevent it and wasn't able to," he said.

Sharp said he was just doing his job trying to keep people safe.

This is the second time in the last three years a vehicle has breached a secure area at the airport.

'Something Needed To Be Done:' Trooper Stops Chase Suspect From Hitting Plane