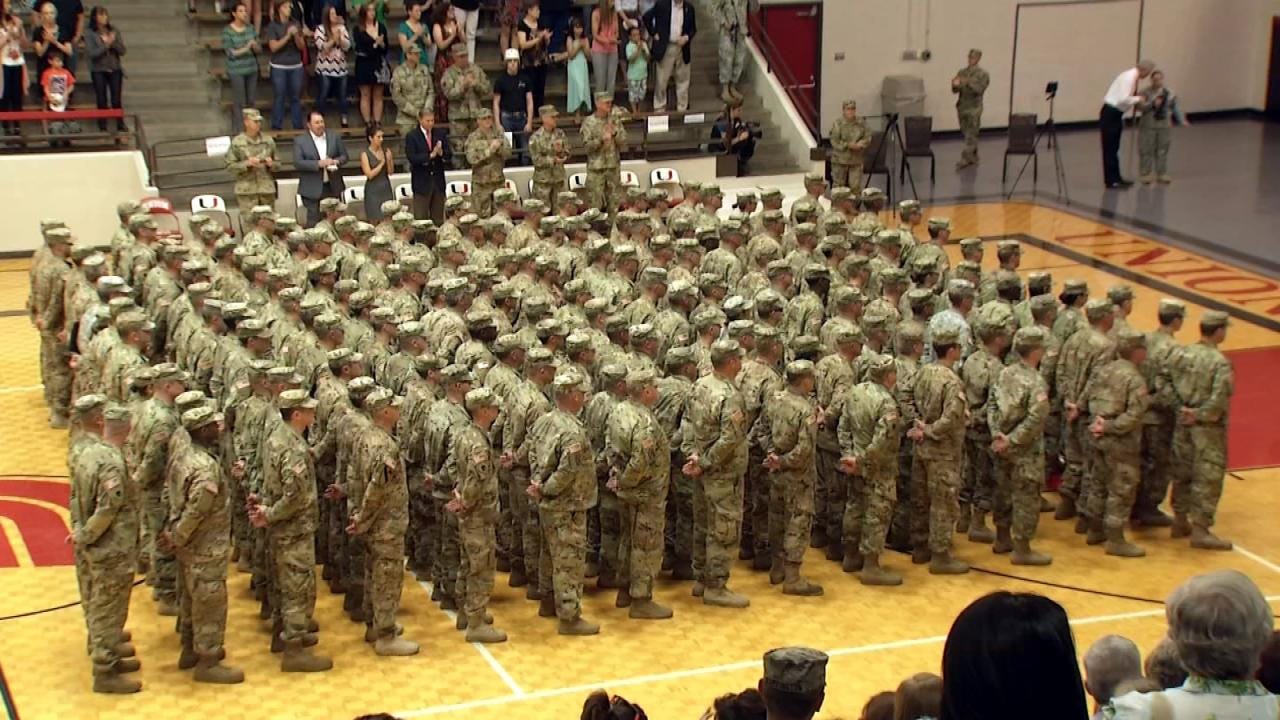 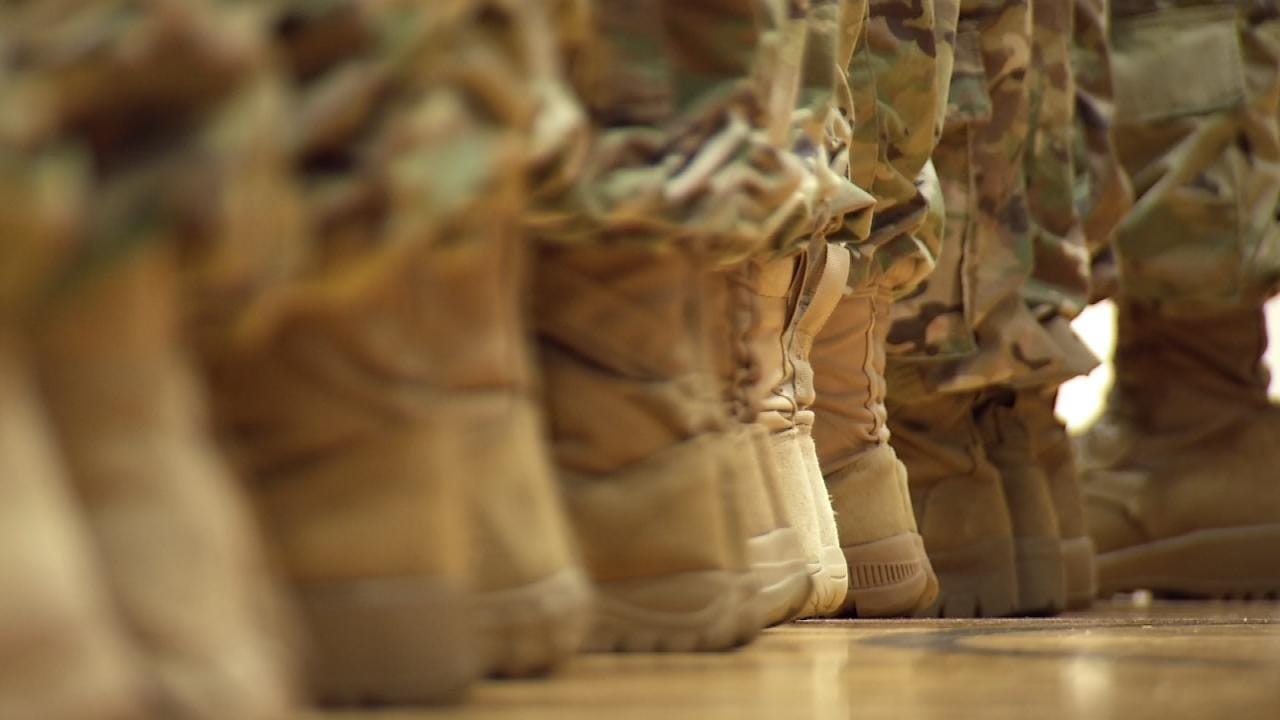 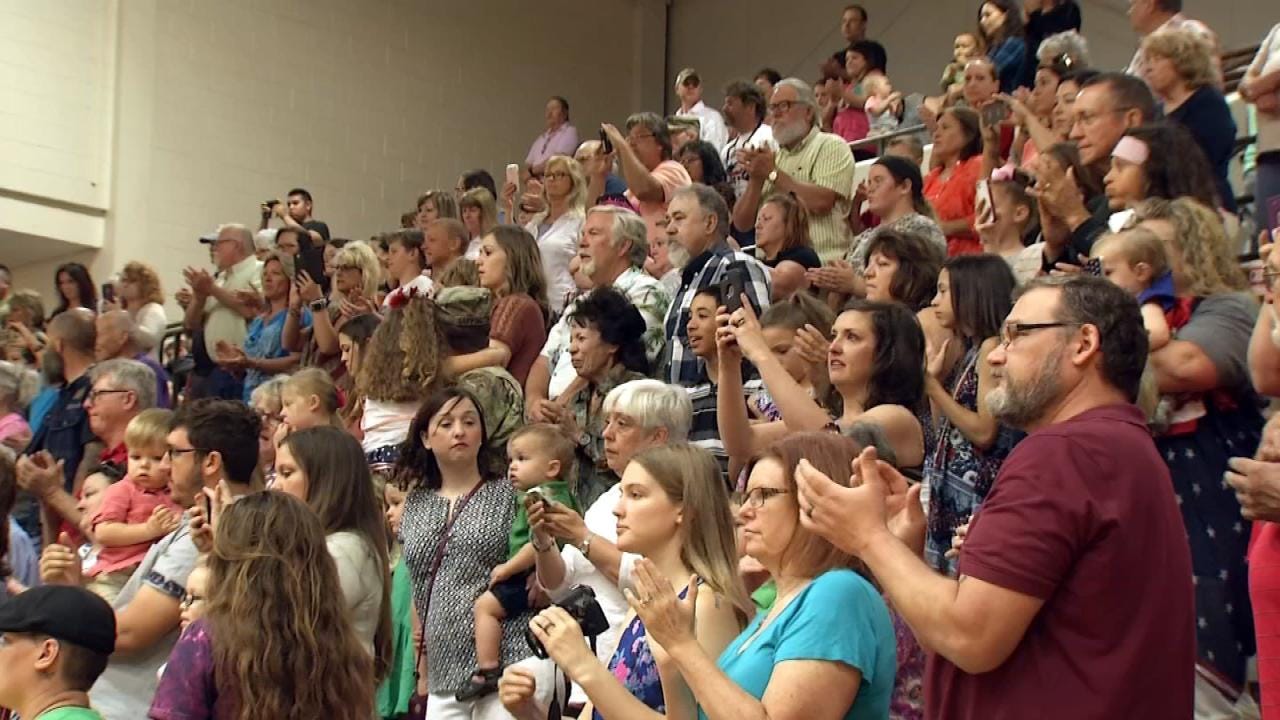 As Memorial Day quickly approaches, more than 200 soldiers from the Oklahoma National Guard's 279th Infantry are preparing for a mission overseas.

Friday’s deployment ceremony was emotional for the soldiers as well as their family and friends. Whether it's a first deployment or a fifth, they said it never gets easier.

It was a bittersweet day for the Woodworth family as their middle daughter, First Lieutenant Adria Lipscomb, had her deployment ceremony.

“We’re very proud of her,” her father Woody Woodworth said. "A little nervous. Obviously, anytime you have a child deploying."

Her unit is headed to Ukraine to provide training support for Ukrainian forces.

The 279th Infantry is the second of two six-month rotations to Ukraine. It will replace the 179th Infantry, which is also from Oklahoma.

"We're both retired Air Force so we're used to it. So, we know how it is, and we just support her,” Angela Woodworth said.

Friday is Lipscomb’s first deployment, but her parents have gone through this emotional day countless times.

The Woodworths said the most important thing they can show their children is support.

"When we were in the military, you know, you had a phone and that's all you got. Now you've got Facebook, you can Facetime, so when I'm home I get out care packages and throw stuff in there,” Angela said.

"Prayer is the best thing. I mean, obviously, we pray for our kids every night, our church family prays for them, so that's very important. Prayer is very important," Woody said.

The soldiers will spend the weekend with family then head to Texas next week for more training. They'll leave for Ukraine in early June.