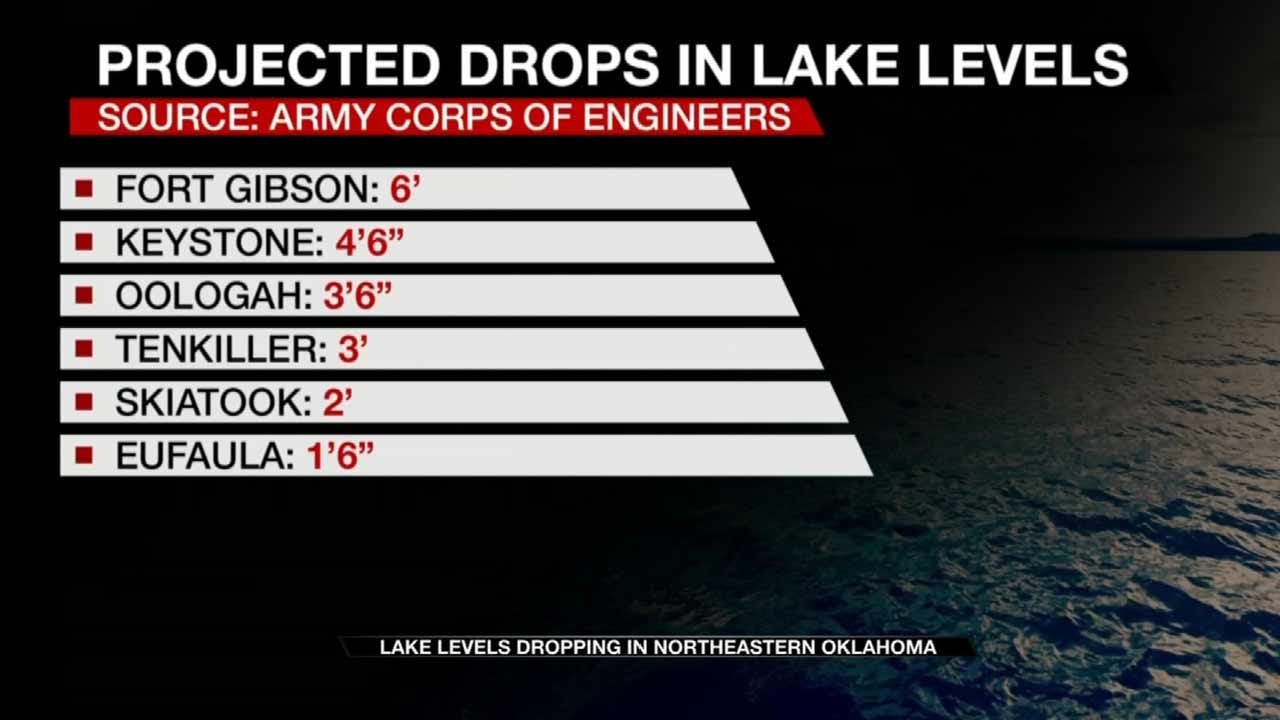 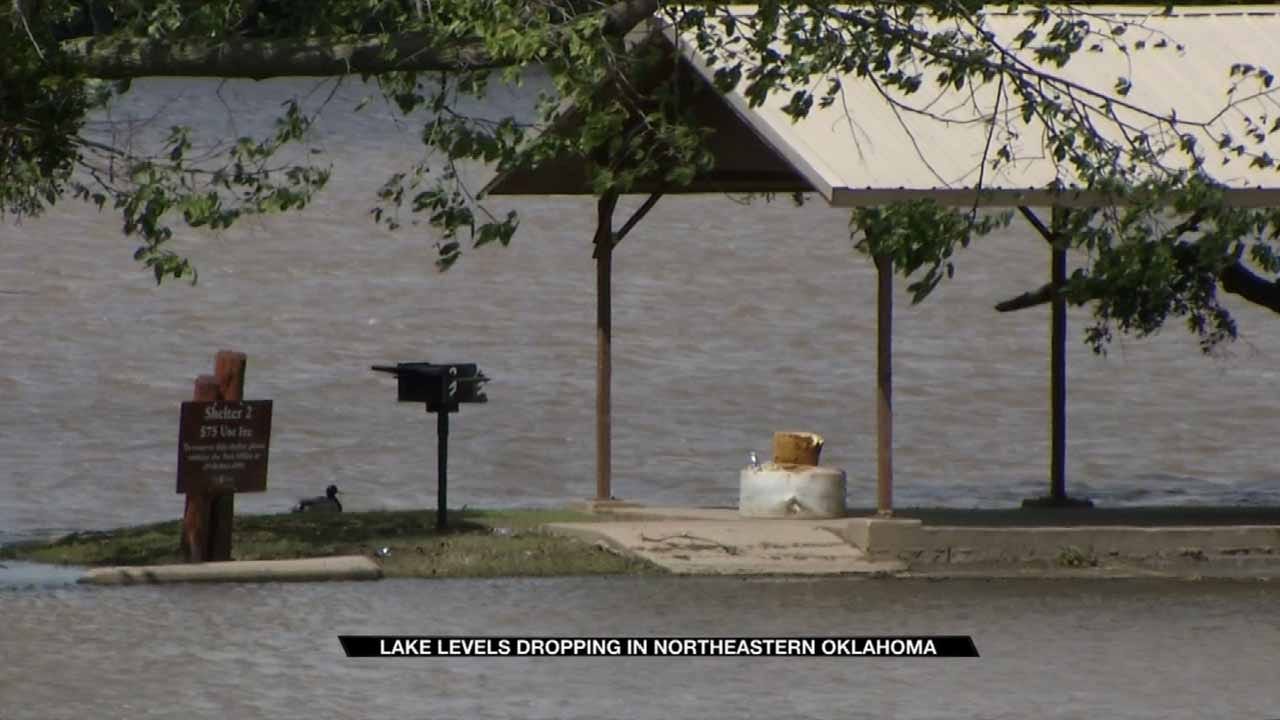 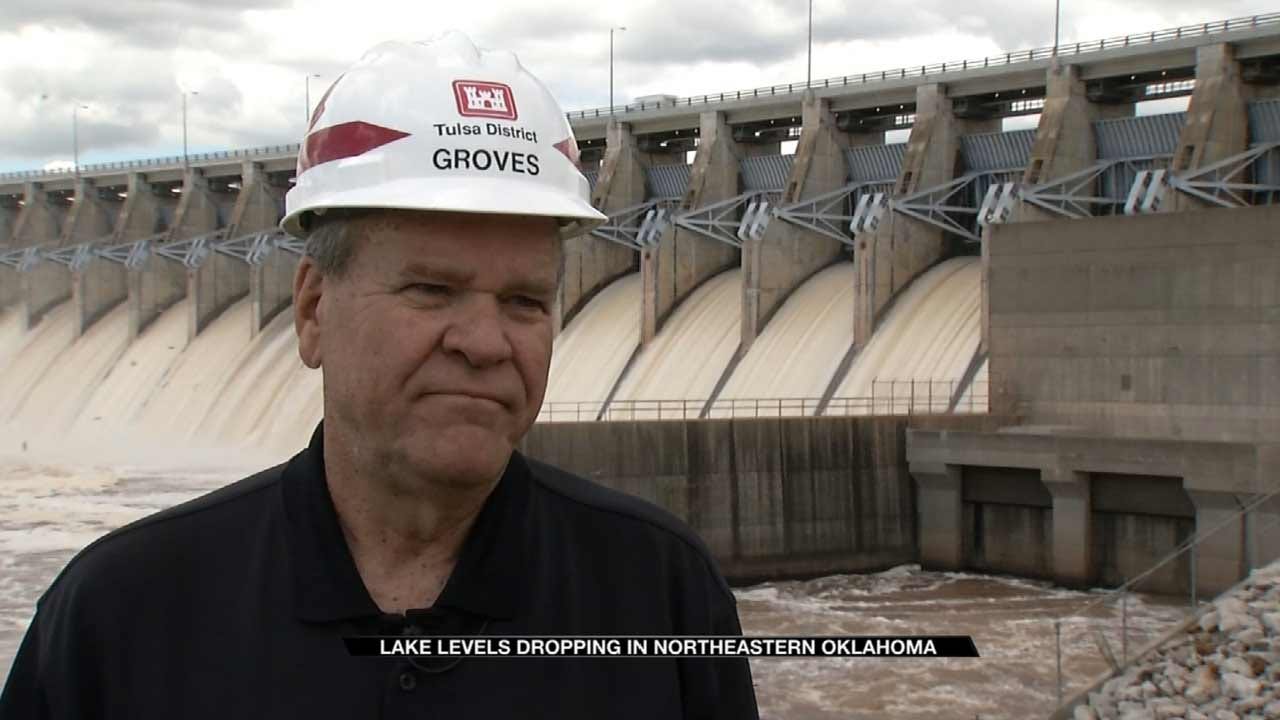 The lake levels in northeastern Oklahoma are finally dropping after rain raised some to more than 25 feet above normal.

All the lakes are open, but the water is so high in some spots, areas where you'd normally be able to walk, you now need a boat to get to.

Keystone Lake is about 23 feet above normal; all the water flooded Pier 51 Marina at Keystone State Park.

But the high water doesn’t seem to bother the campers, as there are plenty of places that are still high and dry, like where Eric Pierce is camping with his grandkids.

“They plan on starting a fire and cooking some s'mores, and having some hot dogs, and getting out on the lake and doing a little tubing,” Pierce said.

There are a number of other campgrounds around Keystone, and others lakes that are underwater.

The Corps of Engineers keeps an updated list online at all times.

“We try to get them open as quick as we can,” said Chief of Operations Earl Groves.

He said the Corps is aggressively releasing water from its major lakes.

“The last rain event has kind of run its course downstream,” he said.

Groves said, by Monday, if there are no major rain events, Fort Gibson should fall six feet, Keystone is expected to drop four-and-a-half feet, Oologah three-and-a-half feet, Tenkiller three feet, Skiatook two feet, and Eufaula will go down a foot-and-a-half.

As the water drops, the chance of boat ramps and campgrounds reopening increases.

“There could be some of them open late Saturday,” Groves said.

But, until then, families like Pierce's will take advantage of what they can.

Pierce: “We're out here fishing.”
Tess: “You're fishing for?”
Pierce: “Whatever will bite.”

No matter what you're doing on the water this weekend – whether you're in a boat or you're fishing on land - you need to have on a life jacket.