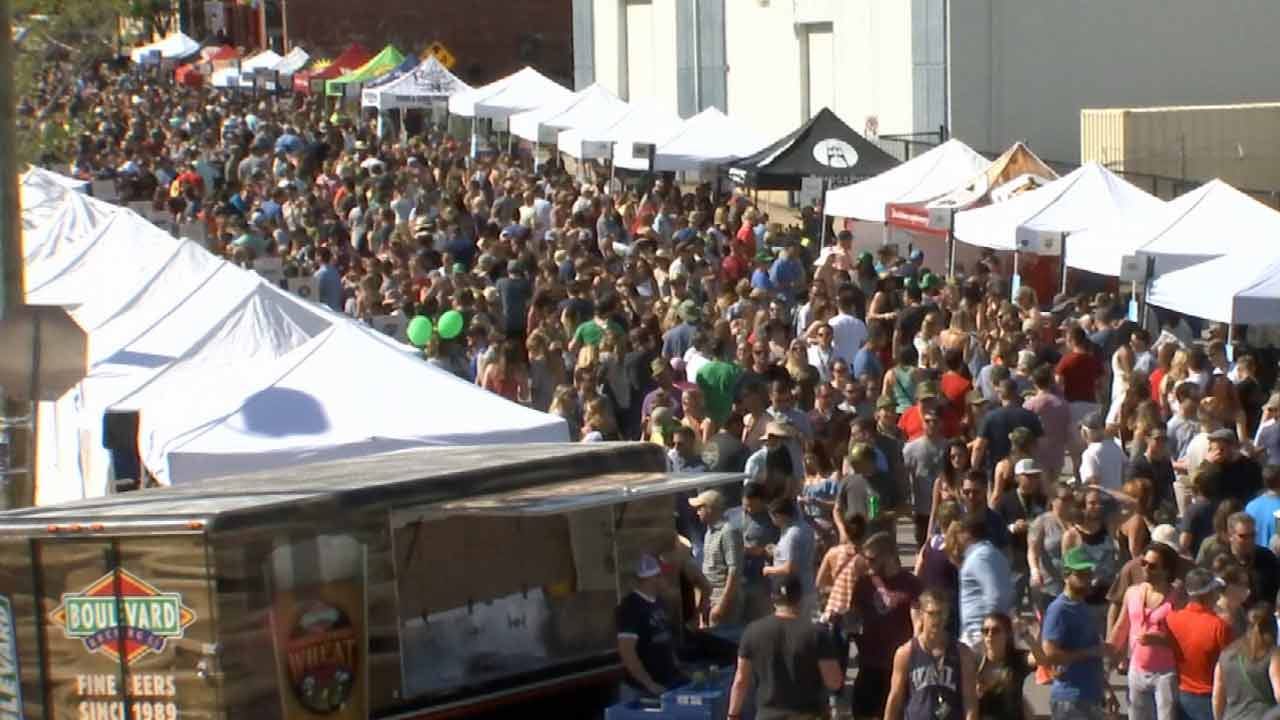 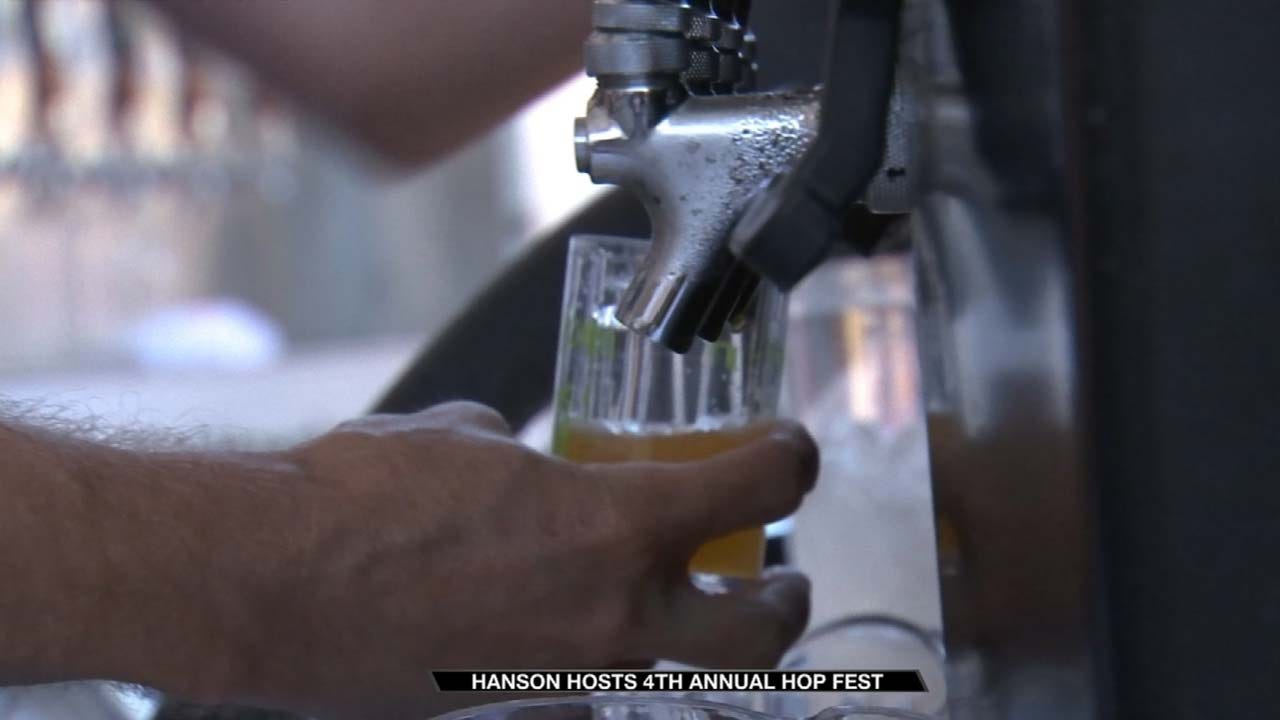 The Brady District was hopping Sunday night thanks to the Hop Jam Craft Beer and Music Festival. This is the fourth year Tulsa's own Hanson Brothers hosted the event which also marks the group's 25th year in the music business.

The Hansons say each year the Hop Jam gets bigger and bigger. This year the event marks a pivotal change in craft brew availability in Oklahoma.

The music was on and the beer was on tap.   Taylor Hanson says he couldn't ask for more.

"The Hop Jam has been an incredible journey," Taylor Hanson said. "We started off just wanting to bring these worlds together."

It's the largest craft beer and music festival in Oklahoma. Tulsa's own Hanson headlined the music stage.

"I think it's pretty great because it is right in my backyard," said Calibur Kidd, attendee. "It's just a 15 minute drive to go have a good time, so that's awesome."

Along the streets there were 65 local and national craft breweries represented. The lines were long but the mood was high and the samples kept on flowing.

"I was like he should come have some fun. All we had to say was there's lots of beer," one music lover said.

Fun is a major part of Hop Jam, but in the past year there's been changes to liquor restrictions - now allowing breweries to sell higher point beer on location.

It means a lot to beer fans and musicians.

"There's a lot of laws that go back a long time that really made Oklahoma not a great place for craft beer and with a lot of restrictions lifting, allowing more breweries to do more at their breweries," Taylor Hanson said.

The people who come here help highlight the craft beer community. And they also give celebrate the idea that home grown fun and music never dies.

"It's still an incredible thrill to stand in front of crowds, period  - let alone in your home town," Hanson said.

Just before they started to play, Hanson was inducted into the Oklahoma Music Hall of Fame, celebrating 25 years in the music business.