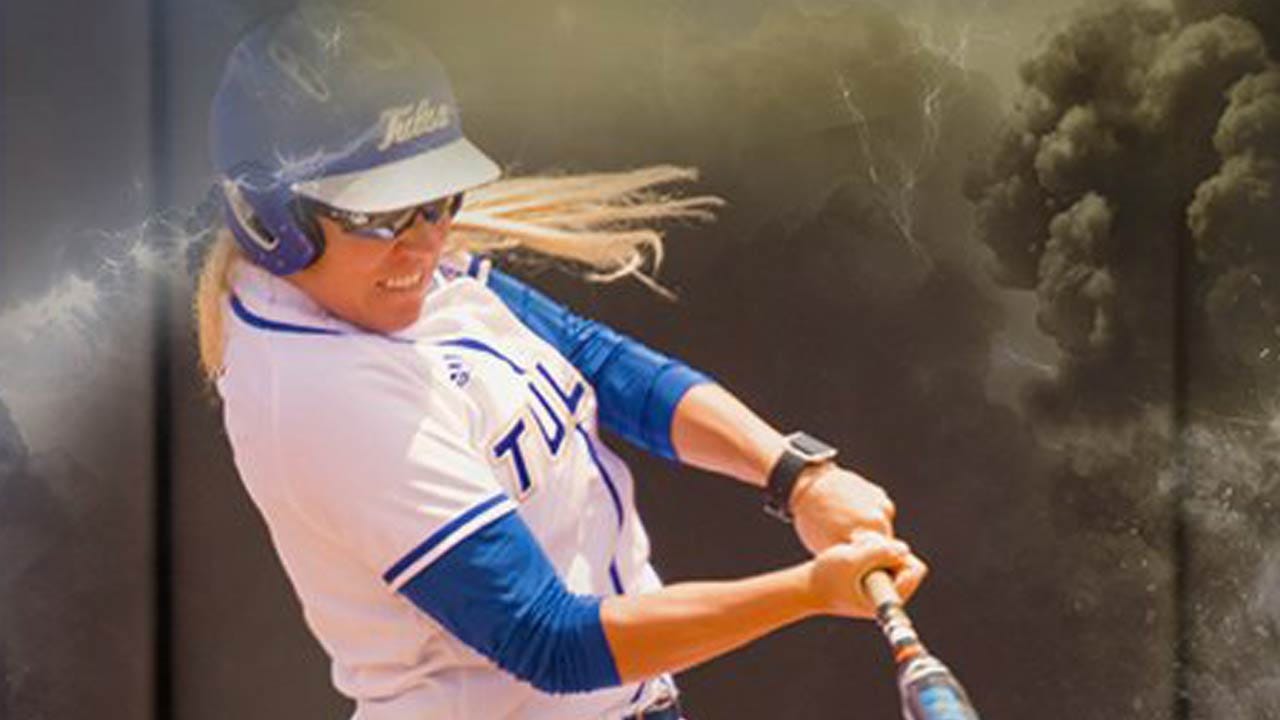 Sophomore Haley Meinen hit a walk-off home run to the opposite field on the first pitch in the bottom of the seventh inning on Friday as No. 23/23-ranked Tulsa defeated Arkansas 5-4 in the opening game of the NCAA Norman Regional. The Hurricane (40-15 Overall) twice responded to runs scored by the Razorbacks (31-23 Overall), answering with a pair in the bottom of the second after falling behind 3-0 and again in the seventh after the game was tied at 4-4.

Tulsa trailed 3-0 after Arkansas' second plate appearance as a solo home run from Nicole Schroeder and a two-RBI triple from Autumn Russell gave the visitors an advantage.

Morgan Neal opened up the bottom half of the frame with a double to right center field before Rylie Spell reached on a hard hit ball that was ruled an error with one out.

Shannon Hughes sent a two-RBI triple to right center field to drive in the two Tulsa runs and bring the Hurricane within one on her second triple of the season.

After giving up a trio of runs in the second, Emily Watson bounced back by retiring the next 11 Arkansas hitters before a walk broke up the trend in the top of the sixth inning. Watson finished the game with four strikeouts and three walks while moving to 29-4 on the year in the circle.

Maggie Withee reached on a single through the left side to put two runners on to open the fifth prior to Tori Stafford advancing both runners on a sacrifice bunt. Meinen followed with her first RBI of the day, sending a ground ball to second base as Julia Hollingsworth beat out the throw back to the plate that tied the game at 3-3.

Maddie Withee set down a squeeze bunt on the very first pitch of her at-bat to score Maggie Withee from third base and give Tulsa their first lead of the afternoon.

Arkansas knotted the game at four on their first at-bat in the top of the seventh inning with their second home run, this one from Katie Warrick.

After a one-out walk, Watson was hit by a line drive off the shin for a base hit although the would return to the game and get a popup to third base to send it to the bottom half of the inning and set up the game-winning Meinen home run.

Tulsa will continue regional play tomorrow at 1:30 p.m. against the winner of this afternoon's game between No. 10-seed Oklahoma and North Dakota State.