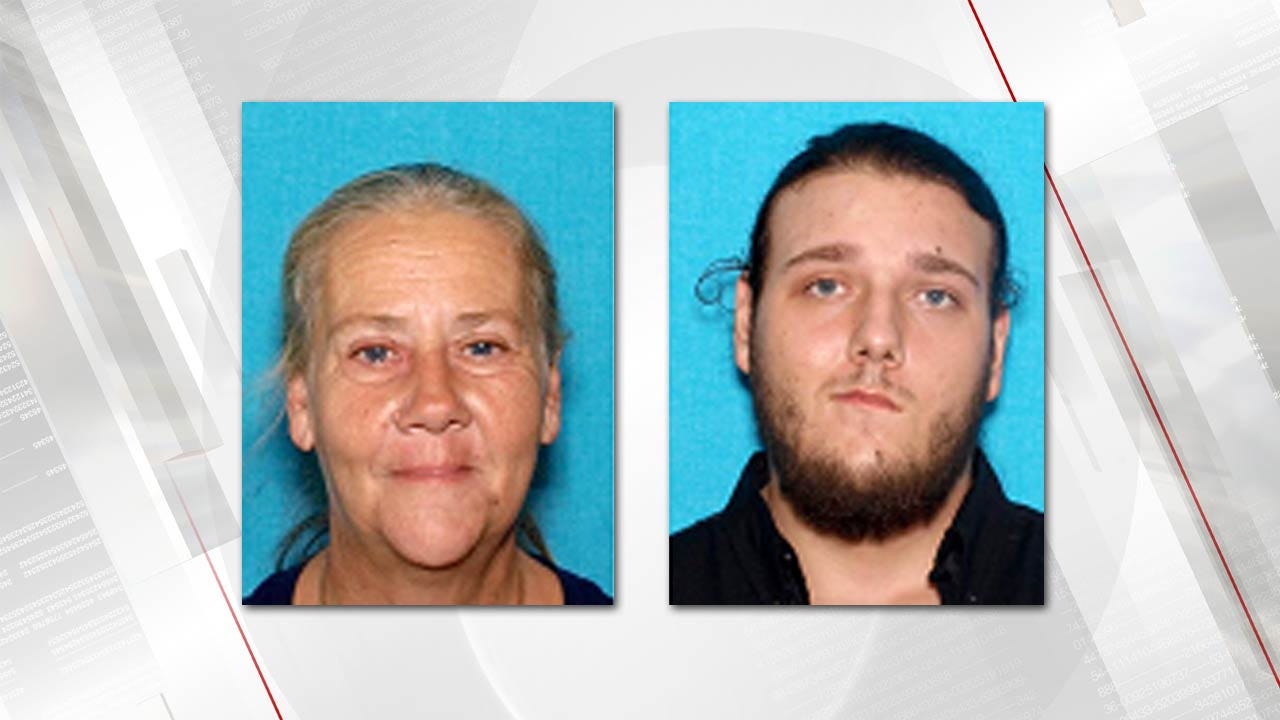 First-degree murder charges have been filed against a mother and son Cherokee County deputies say killed a Tulsa man.

Deputies are still looking for Diana and Ty Bohlander - who are homeless. Bohlander's boyfriend James McFarland was found dead in Cherokee County in April.

Investigators believe they are both homeless and visit shelters and campgrounds in the Tulsa area.

Authorities say they are likely driving a green 1994 Chevrolet Camaro with Oklahoma License Plate CZR-875. It has a "Punisher" decal on the back window, according to the Cherokee County Sheriff's Office.

If you know where the Bohlanders might be - call police.