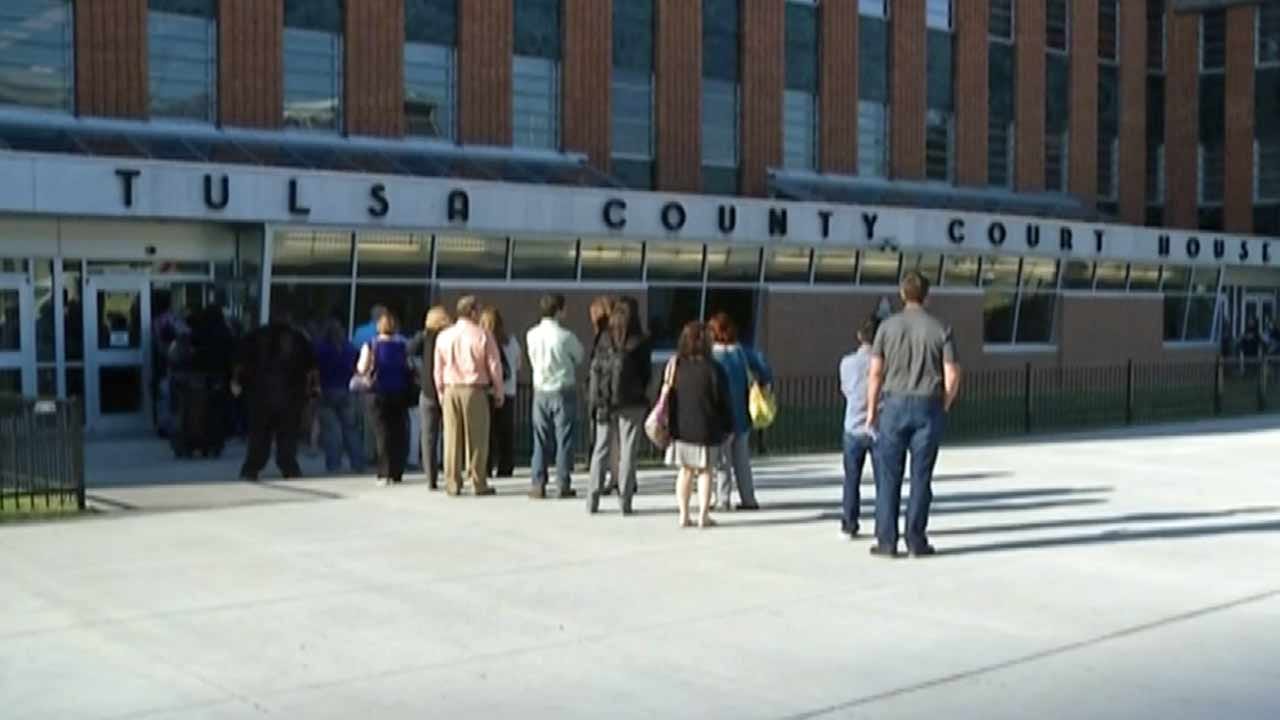 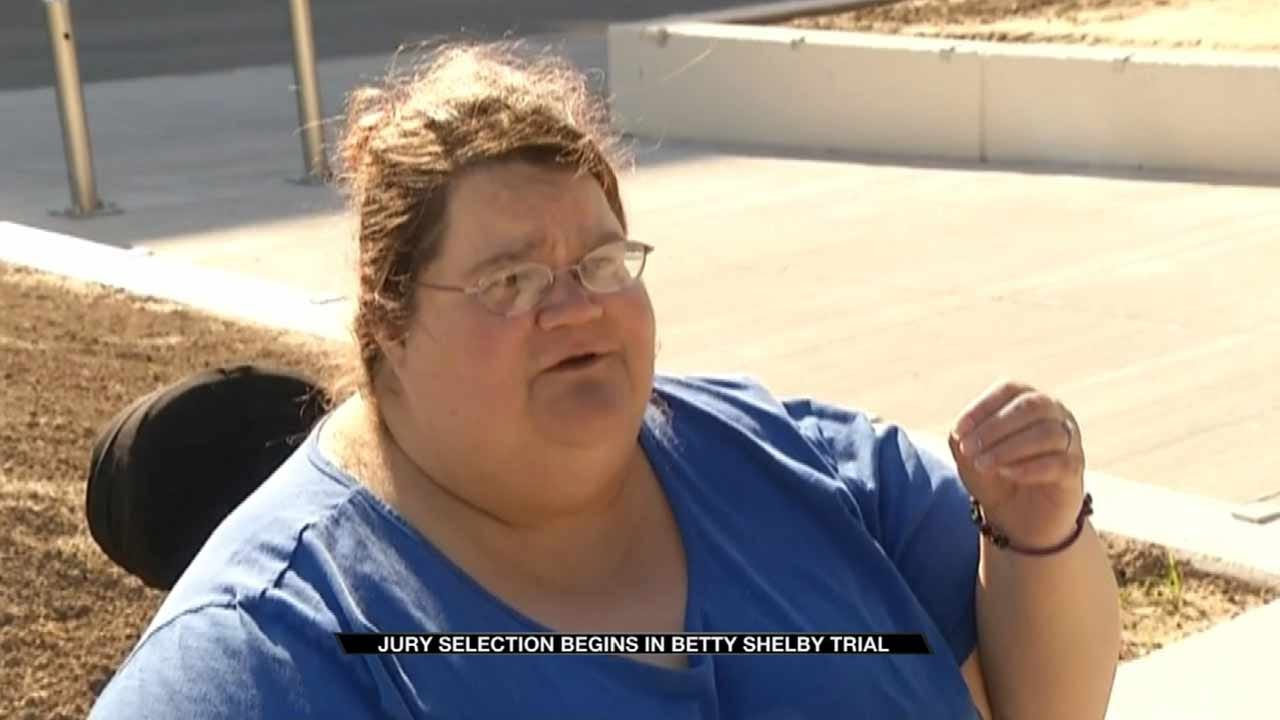 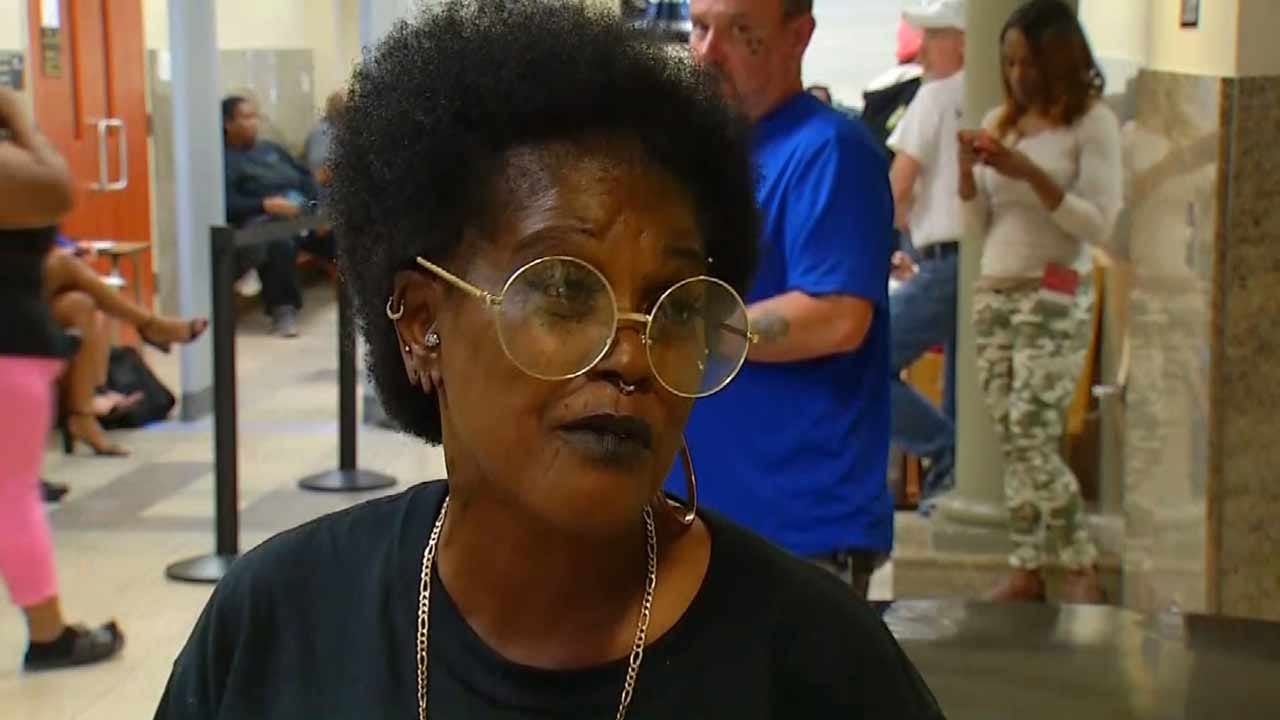 Supporters of both Terence Crutcher and Betty Shelby are already in place as jury selection begins in day one of the manslaughter trial.

Right at 8 a.m. when the courthouse doors first opened, the lines were much longer than usual, probably due to the 70 potential jurors expected in court and added security measures inside.

Several groups posted on social media requesting people show up to show support for both Crutcher and Shelby, but we only found one protester outside.

Dawn Roach said she actually hurt herself Monday morning but still wanted to make sure she was present to show her support for Officer Betty Shelby. She carries a simple black and blue sign with white letters: ISWB: "I stand with Betty."

She says she's been following the story in the news and on social media and urges everyone protesting in person or online to respect other peoples' opinions.

"It's very easy to give an opinion but leave it at  your opinion even on commentaries on stories," she said. "I back out when people start the personal attacks - there's no reason for it."

Angie Pitts is inside the courthouse with other members who are showing support for Crutcher, the man who lost his life in an encounter with Shelby September 16, 2016.

She said the group she is with is very peaceful and believe all lives matter.

"I want God to step into this matter," she said, "otherwise it's going to be a big ol' outbreak between the blacks and the whites, and I never want that."

"We are very peaceful," she said. "We just want true answers so it won't happen to the next kid."

One group has posted signs along highways and ramps coming into downtown Tulsa showing their support for Shelby.

Outside the courthouse, it's a stark contrast to the countless marches, protests and news conferences held right after Shelby shot and killed Terence Crutcher. The mood could change here in the next few days.

Civil rights activist the Rev. Al Sharpton, one of Terence Crutcher's attorneys Benjamin Crump and other community members are holding a city-wide prayer and call for justice on Wednesday.