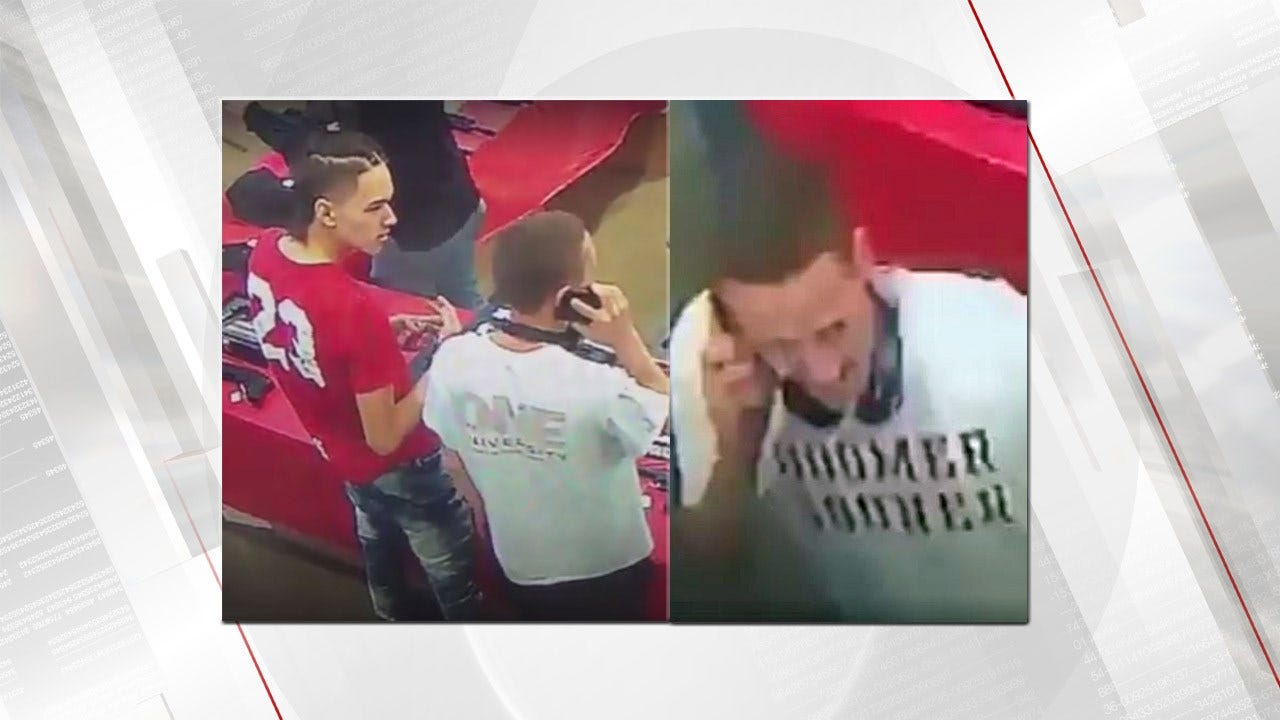 An Oklahoma City gun shop has taken to social media to request the public's help in identifying two subjects they said stole a small revolver from a table during a weekend Tulsa gun show.

C.O.P.S. Gun Shop, LLC., posted a video on its Facebook page that appears to show two people working together to steal a small revolver from the business's table during the Wanenmacher's Tulsa Arms show.

In the video, one man appears to be talking on a cell phone and a second man is standing on his left side picking up guns and looking at them. At one point in the video, the man wearing a red t-shirt appears to slip the other man the gun with his right hand and the man on the cell phone slides the gun into his pocket and walks away. The man in the red t-shirt continues looking at the guns on the table for less than a minute before walking away.

On its Facebook post, C.O.P.S. Gun Shop, LLC., wrote: "Fortunately, there was a surveillance camera posted on the wall not 15 feet from the suspects."

The business has filed a report with the Tulsa Police Department, but in the meantime, it's asking the public to view the video to see if they can identify the two individuals.