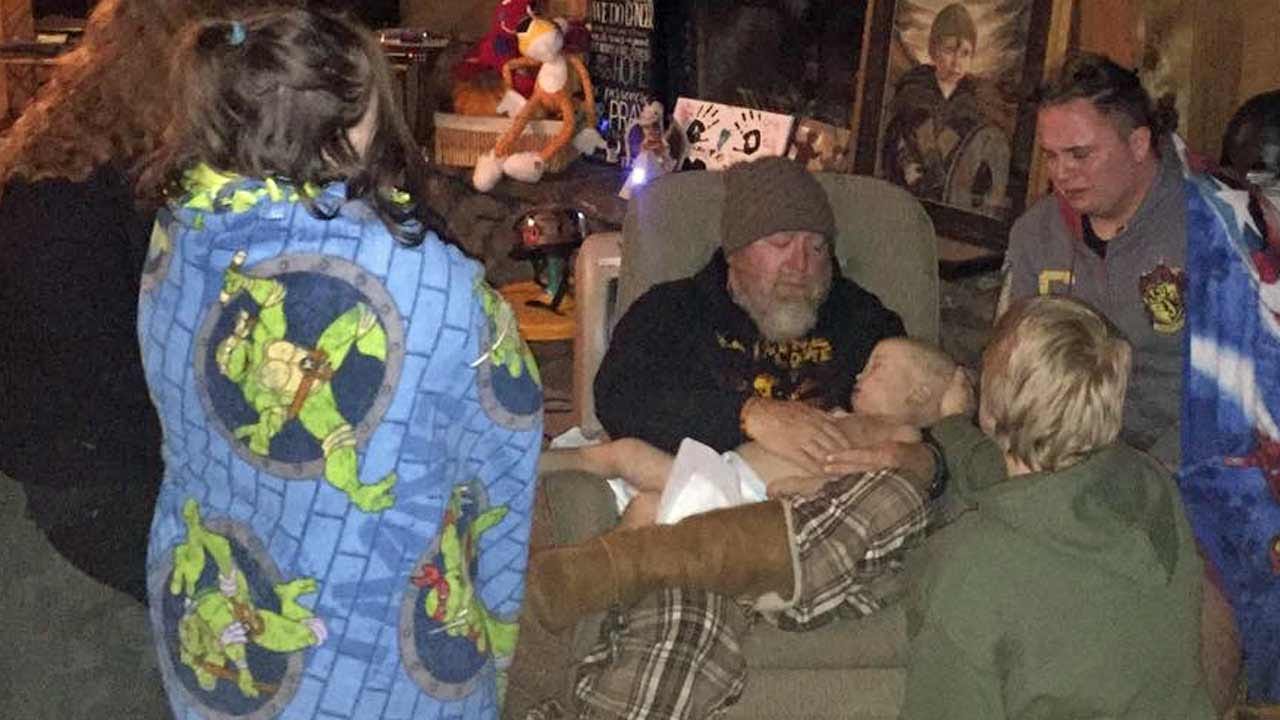 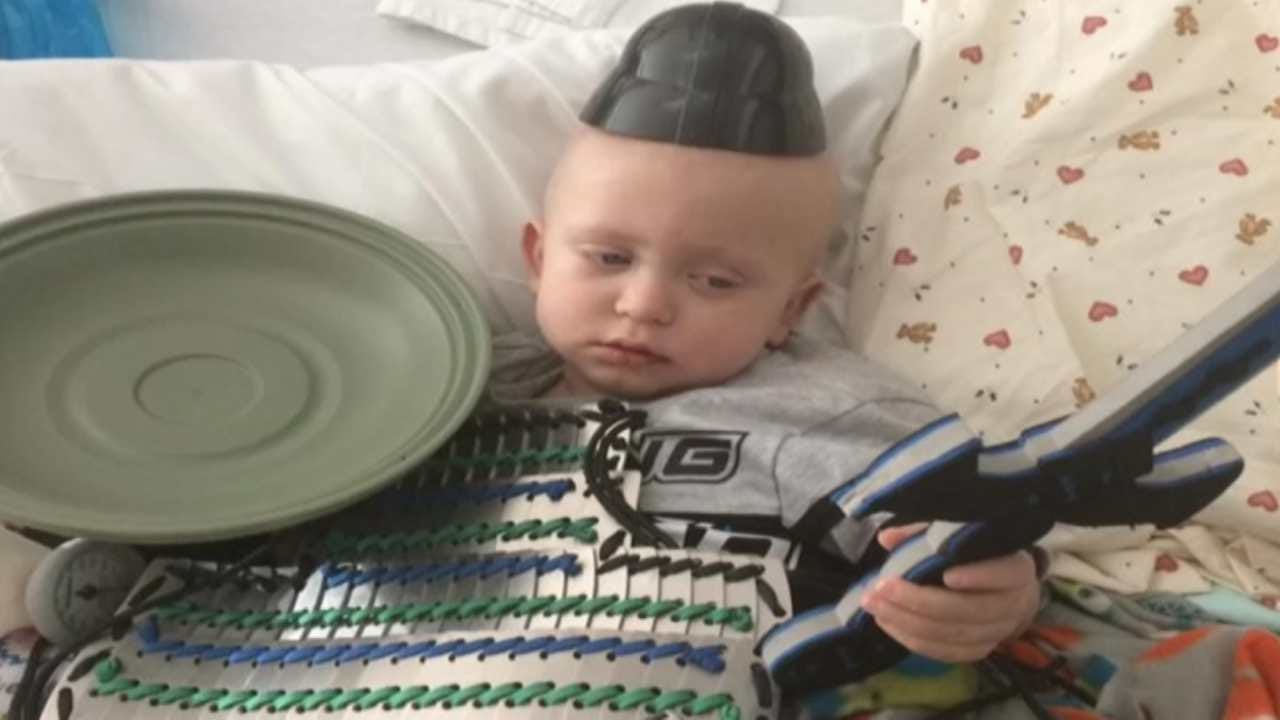 Warrior Kai McAlpin passed away early Tuesday morning in the arms of his family at their home in Tahlequah.

His father shared a photo of his son's last moments he would like the world to see. It's what childhood cancer looks like.

The family wants others to see this as they campaign for more childhood cancer research funding on the federal level. Currently they say less than 4 percent goes to childhood cancer.

He said good-bye to the hospital last week and was escorted home by law enforcement officers and bikers.