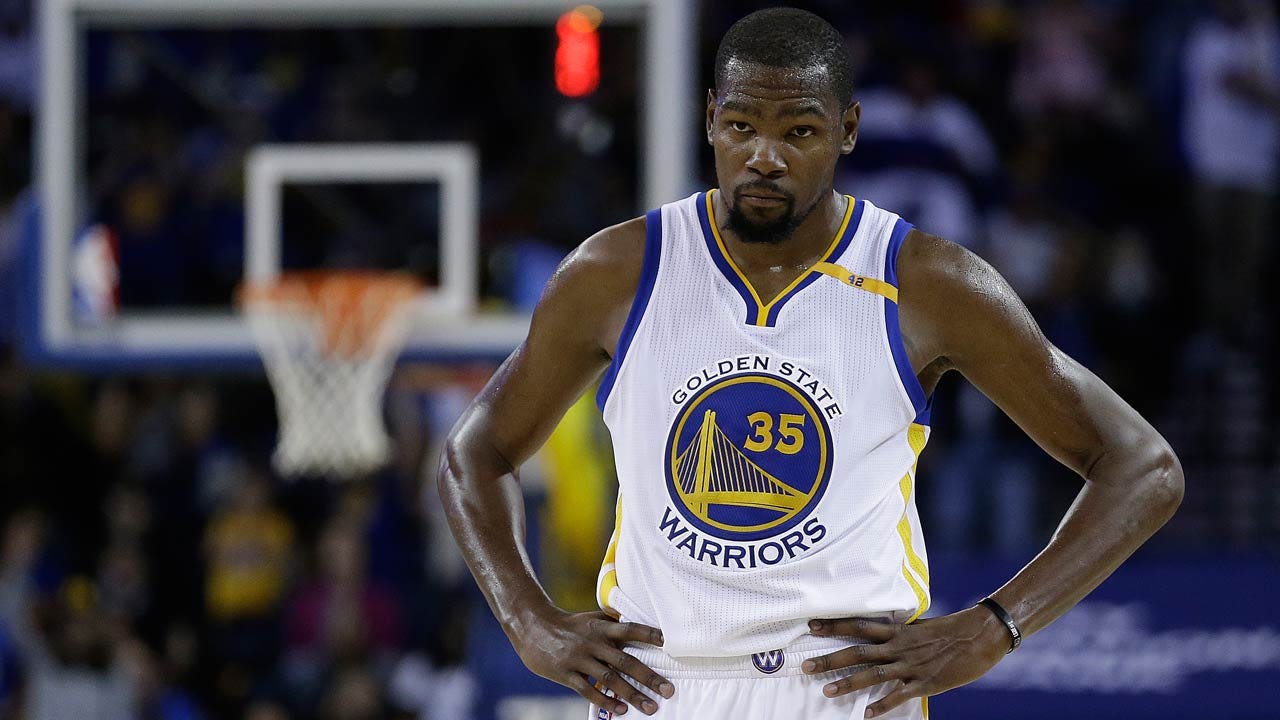 Kevin Durant and his new team lost by 29 to the San Antonio Spurs Tuesday night.

But the Spurs got a career-high 25 points from Kawhi Leonard and 20 from D-Leaguer Jonathon Simmons, including this dunk over JaVale McGee.

Golden State will face the Thunder Nov. 3 at Oracle.

"I told the team it's a long season & we have a long way to go. We'll come in tmrw, get a little bit better & get back at it." - Coach Kerr pic.twitter.com/CZf4Q7FdrE

"Tape doesn't lie. We can't rely on anybody to just go up and grab [the rebound]. Everybody has to participate." - @SteveKerr pic.twitter.com/0qeifgBqgi

"If one guy doesn't box out you're at a disadvantage. It's a small thing that makes a big difference." - @zaza27 pic.twitter.com/LAovdoOa3j

"We got some work in [today] and got some positive light out of it." - @KlayThompson on looking up from & beyond season opener. pic.twitter.com/mqvabGeU0G

"We're a communication group and that's got to translate to the floor. We've just got to be a little bit more sound in our approach." pic.twitter.com/bsjPhiV5Cc