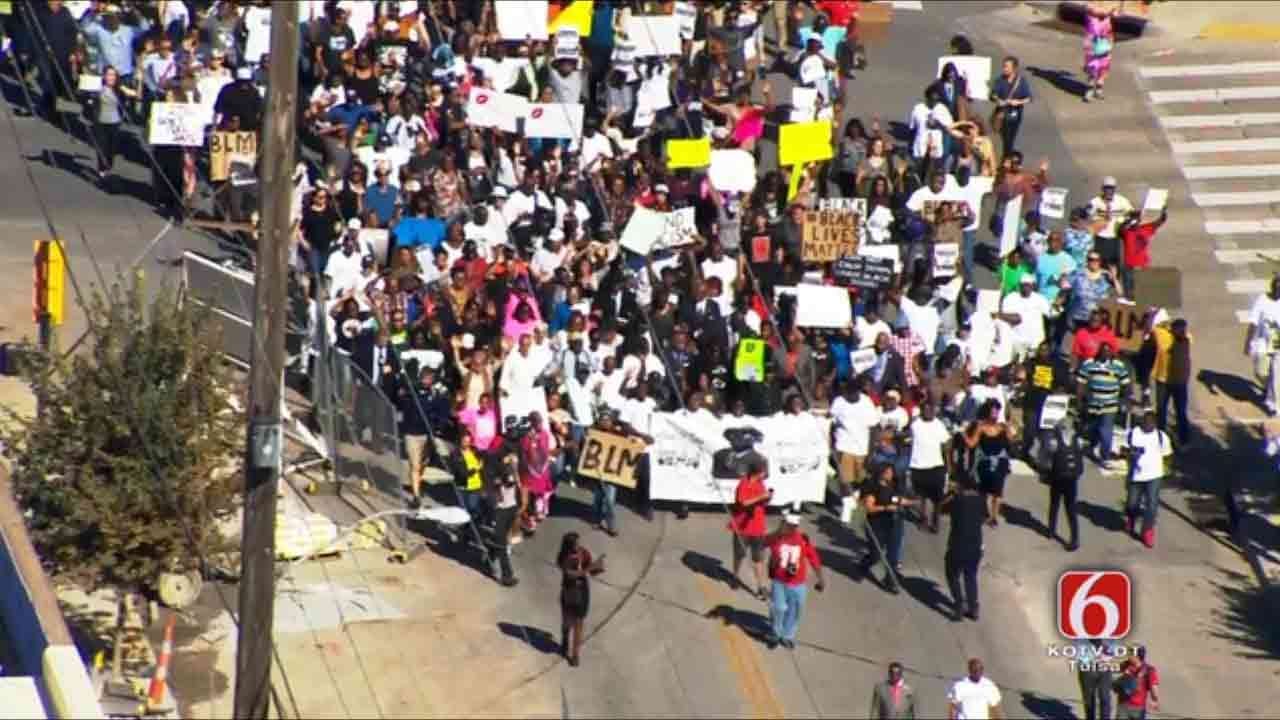 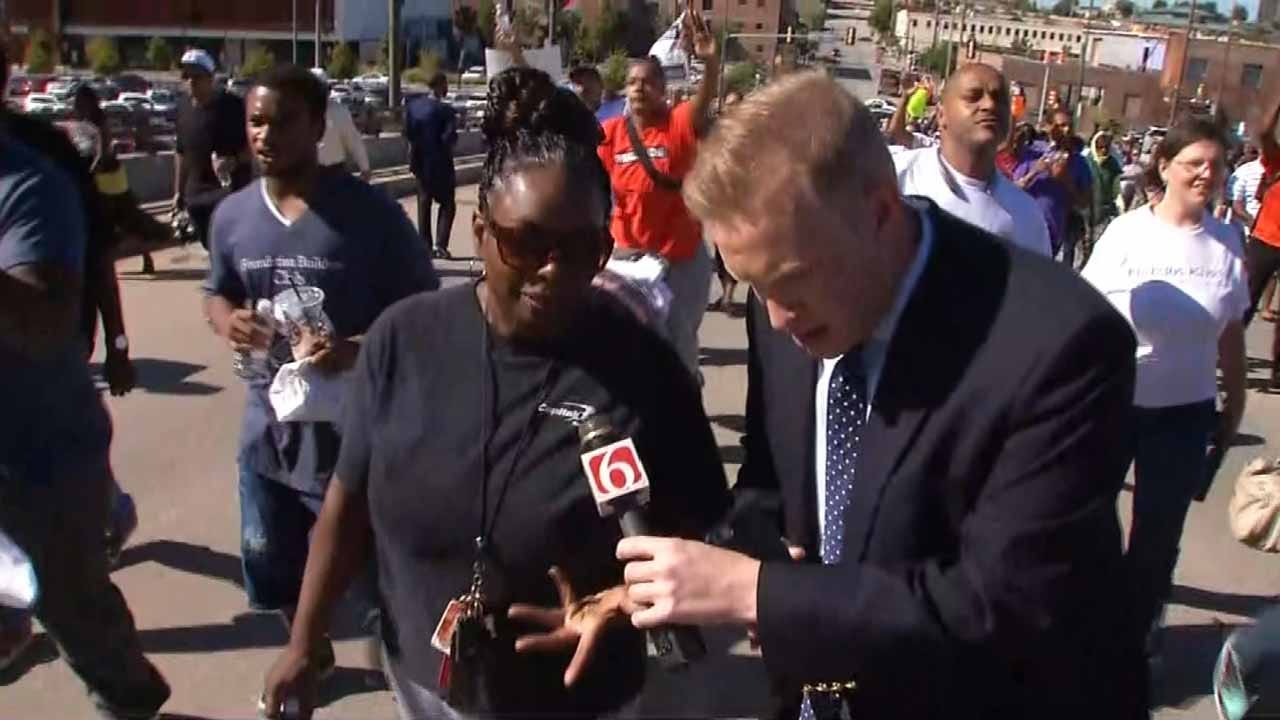 The march was to ask for justice for Terence Crutcher, who was shot and killed by Tulsa police officer, Betty Shelby.

One person said they felt like they were part of civil rights history, marching with Reverend Al Sharpton, who came to Tulsa for the National Prayer and Call for Justice march.

That marcher also said Tulsa is setting an example for how the rest of the country can peacefully respond to police shootings.

Reverend Al Sharpton visited Tulsa and took to the streets, starting at a memorial to Tulsa's race riots.

One protester said, "That in itself sends a strong message that this is a storied community, we have a great legacy and we have a chance to use this to propel us to reclaim that legacy."

The protestors walked from Greenwood and the historic Black Wall Street, down into the Brady Arts District, then, to City Hall, with a message.

"Right now, I feel like this is a stand that we're taking against this type of injustice," one protester said.

Protester: "We've handled the shooting with grace, we're trying to spread it to everyone else, so we don't have to be violent, we're setting an example,"
Tony: "What's this feeling like as you march to City Hall?”
Protester: "I'm a part of history. This is a very historic moment. This is almost like Martin Luther King being in Tulsa, but it's Reverend Sharpton this time."

"I'm loving the unity and everyone coming together to say this is not OK and we're going to come together and ask for justice," said another protester.

Marchers feel like the community is taking a step in the right direction toward that justice.

"I think it's about everybody getting on the same page,” said a protester. “That this is a problem in our country, in our communities, and if we can agree that it is a problem then we can come together and solve it, right?"

Tulsa police played a role in this protest, keeping protesters safe from traffic as they went down some of downtown Tulsa's busy streets.