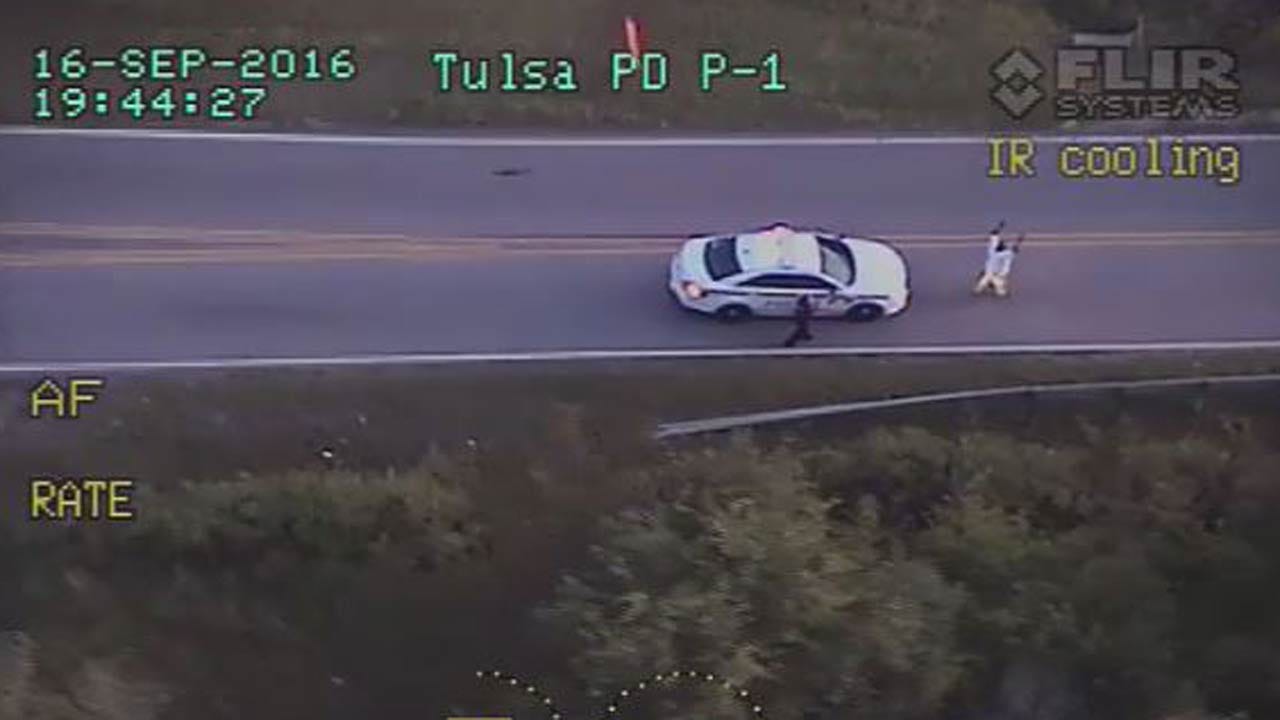 The Tulsa Police Department released several different videos showing the incident that ended with an officer shooting and killing Terence Crutcher on September 16, 2016.

The department released the following statement along with the videos:

"In an effort to collaborate and show transparency, Tulsa Police Chief Chuck Jordan has elected to show video and audio in reference to the officer involved shooting that occurred on September 16th, 2016 resulting in the death of Terrance Crutcher."