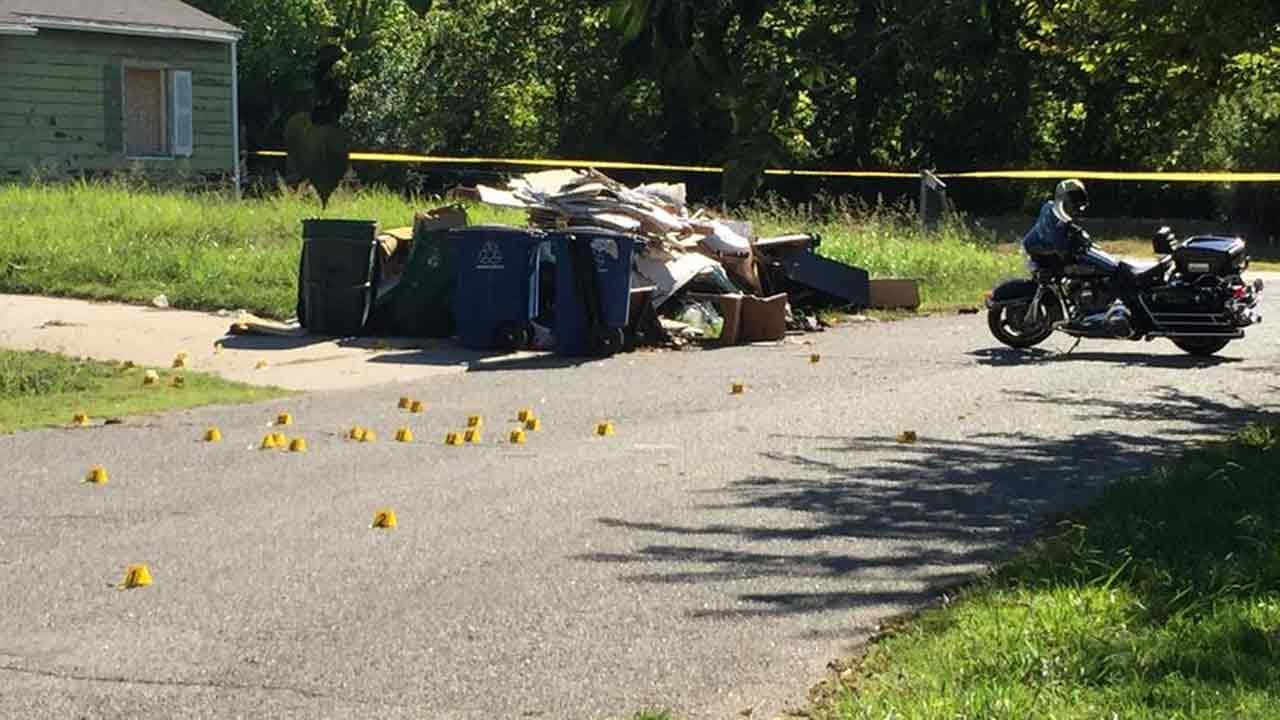 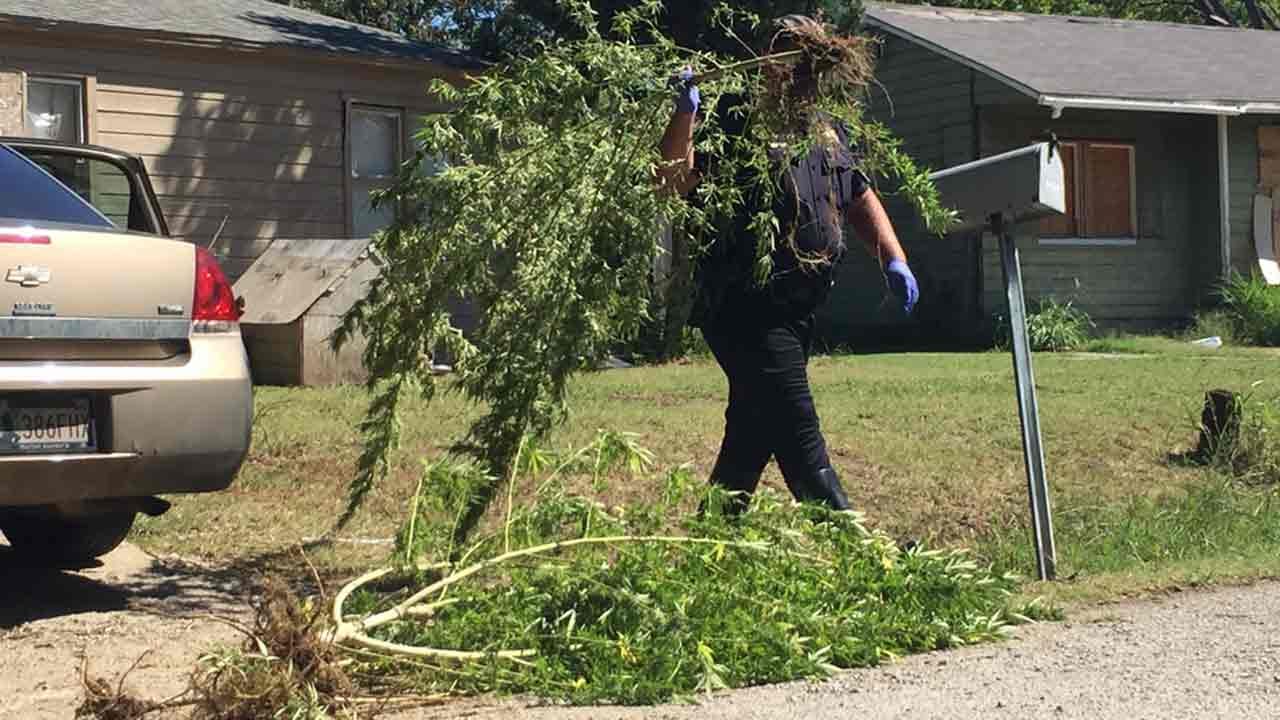 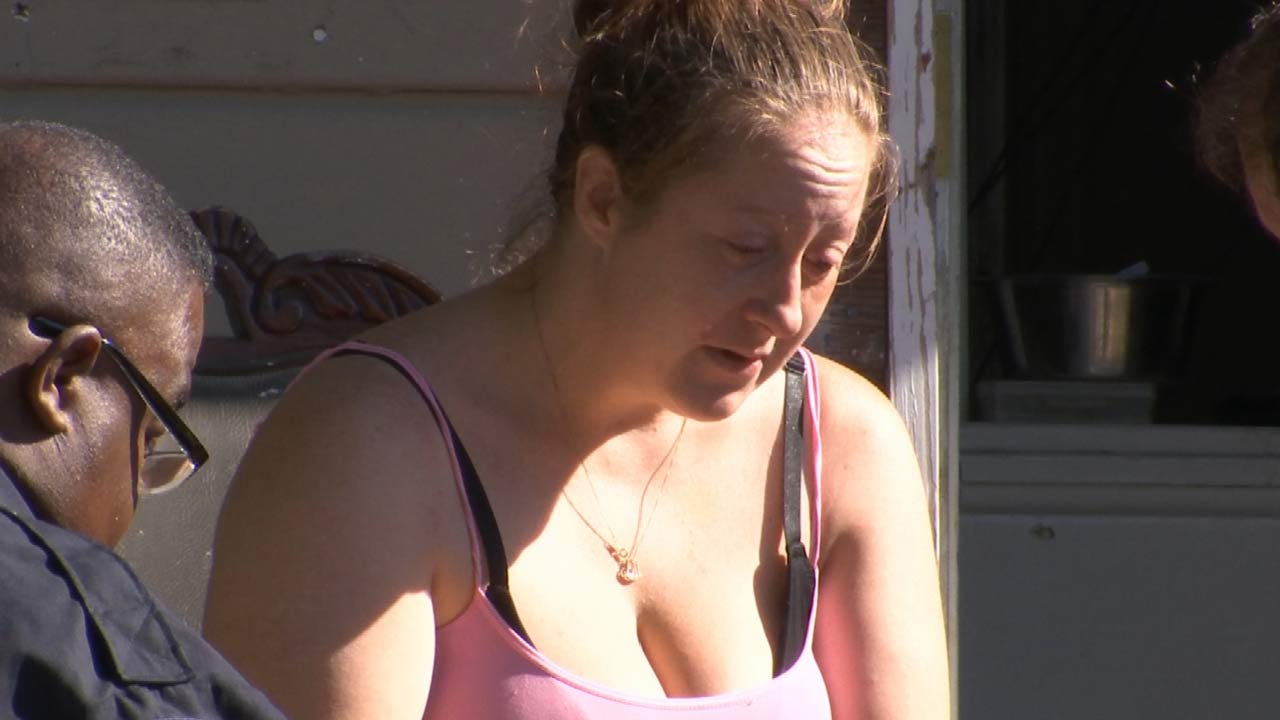 Someone fired off close to 50 rounds in a Tulsa neighborhood Monday morning. Despite the number of rounds, only one person was injured – police say one man was shot in the arm.

Once police picked up all the shell casings, they started looking around and found drugs - including five marijuana plants growing in the backyard of the home where shots were fired.

Investigators say they found enough marijuana inside the home near 50th and North Hartford to fill several evidence bags.

But, before they found all of that, officers spoke with the victim's wife, who drove her husband to another location before EMSA took him to the hospital.

"I don't know why she did that, I just, I guess she was nervous, and he probably didn't want to be picked up at this location," Sergeant Dedlorn Sanders said.

Police said the couple got into a shootout with two men at the home after the wife claimed someone was upset about a drug deal.

Sanders said this made for a dangerous situation for an 8-month-old baby inside.

"There was rounds entering the room where the baby was and, yeah, this could have been a situation where at least two or three people could have been seriously injured," he said.

Neighbor Thomas Haney and his wife said, "We heard rapid fire from what sounded like a large caliber weapon"…“All our dogs were outside, I didn't know if they were all dead or not."

Haney and his wife live across the street and said they stayed inside during the shootout Monday morning.

"You're not used to hearing anything like that. That loud of a noise from that kind of a weapon, close to your…you're scared," Haney said.
Right now, police are still looking for the two men involved in the shooting.

Police say what’s making the case tough to solve is that the victim isn’t giving them any information.

If you know anything that can help them in this investigation, call Crime Stoppers at 918-596-COPS.