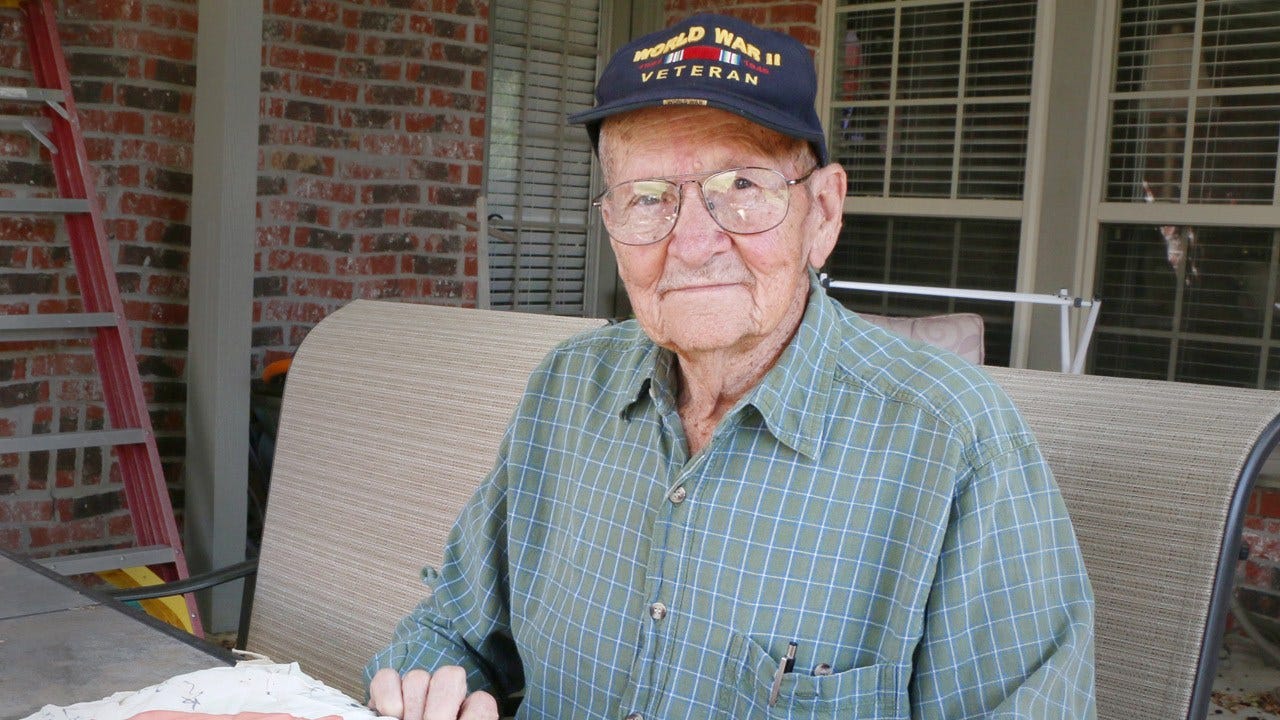 The Cherokee Nation is funding a three-day flight for six veterans to see the national memorials dedicated in honor of their service.

Tulsan and World War II veteran Cruce Lansford, 90, will be a part of the group, along with his daughter and fellow Cherokee comrades.

"It's a special honor to go, and I'd like to go see the memorials with her," Lansford said. "It's always interesting when old comrades get together and gab a bit. There's not many of us left."

Lansford enlisted in the Navy in 1944, at age 17 and was later stationed on the USS Harry Lee, where he transported troops and tanks from the ship to shore on landing boats. He lost his war photos and memorabilia when his home on the Illinois River flooded earlier this year and hopes to return from D.C. with some new memories.

A dinner was held Sunday at Hard Rock Hotel & Casino Tulsa to present the warriors with warrior flight vests.

The tribe will host a send-off ceremony at the Hard Rock for the veterans as they leave for the Tulsa airport.

On Sept. 13-14, the veterans will tour Arlington Cemetery, World War II Memorial, Korean War Veterans Memorial, Vietnam Wall and the U.S. Capitol before arriving back in Tulsa at 8 p.m. on Wednesday, Sept. 14.

"This is a trip of a lifetime and something I am so proud the tribe is doing annually for our veterans. It affords us a unique opportunity to say 'thank you' to real-life heroes who deserve all the respect we can give them. We have an obligation to never forget the sacrifices and service of our brave men and women who defend this country and our freedoms," said Deputy Chief Crittenden, a U.S. Navy veteran of the Vietnam War. "Like most tribal governments, the Cherokees have always held the highest regard for those who went into battle to protect and defend us. It's a philosophy that is rooted in our Cherokee values."

The Cherokee Warrior Flight is similar to the national Honor Flight organization's goal of helping all veterans, willing and able, to see the memorials dedicated to honor their service. With more than 4,000 military veterans who are Cherokee Nation citizens, the Cherokee Nation is replicating that experience for its people. Native Americans serve at a higher rate in the military than any other ethnic group.

The veterans participating on the 2016 Cherokee Warrior Flight include: