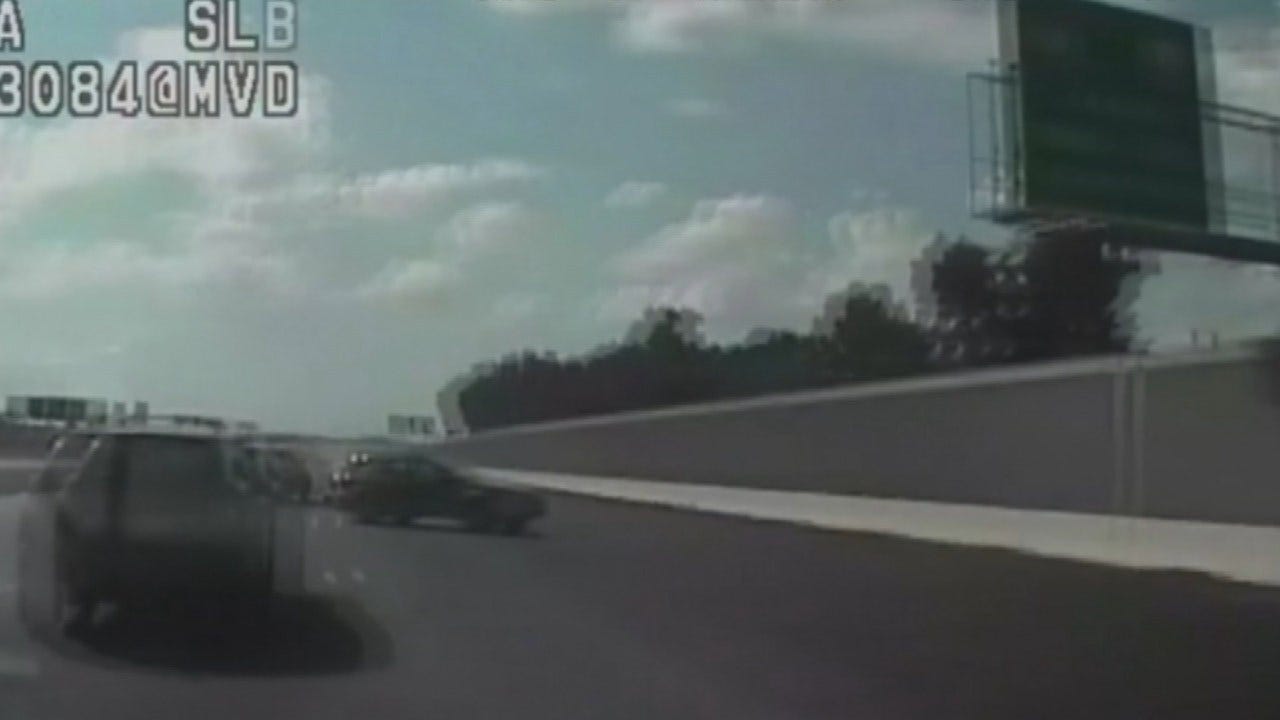 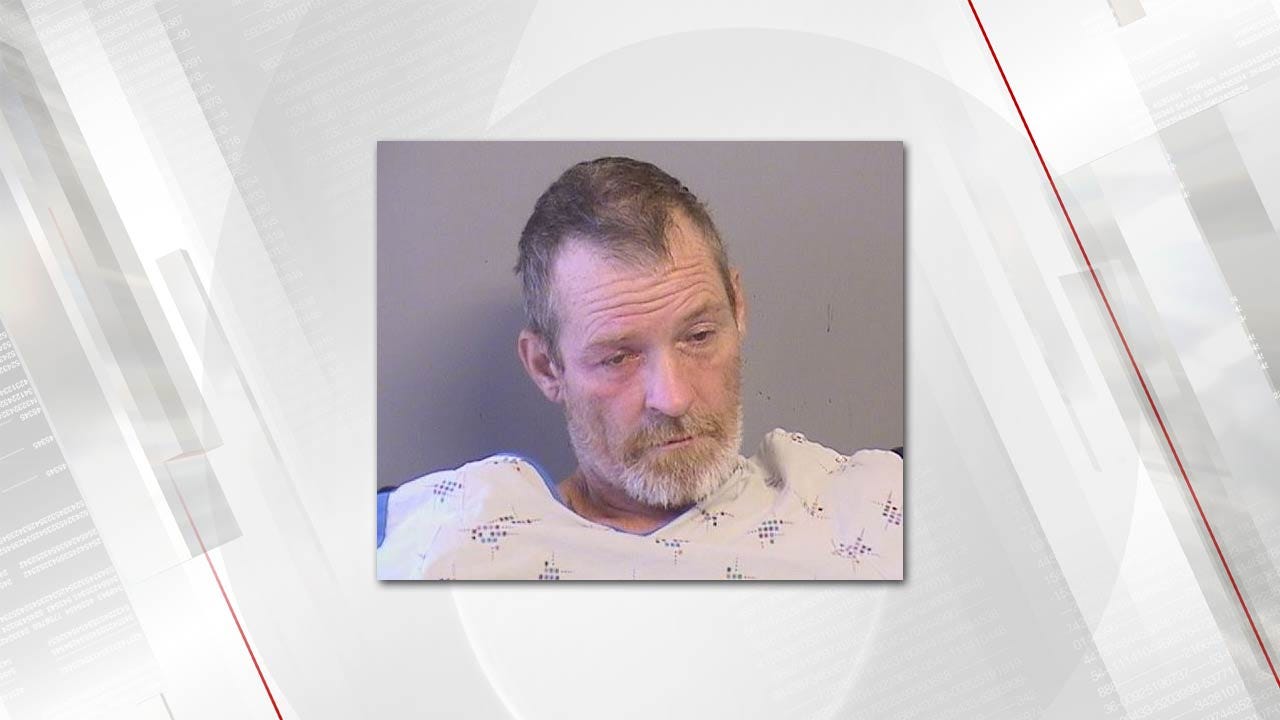 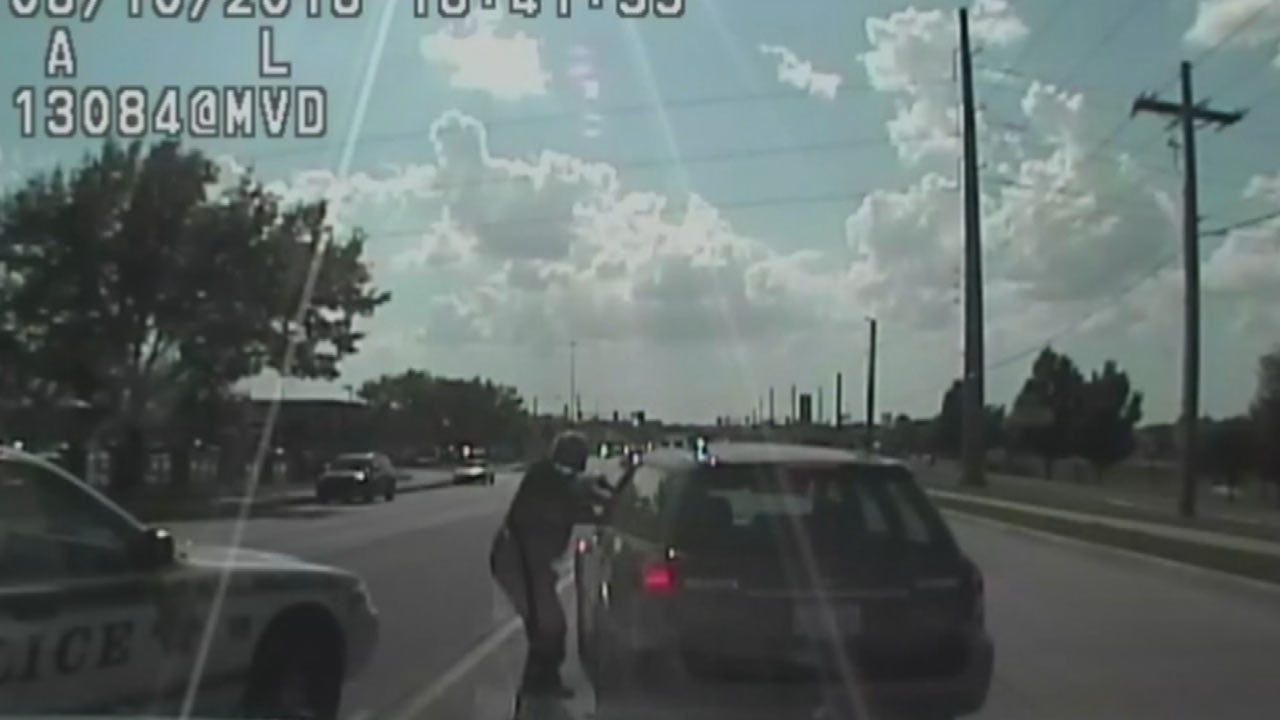 Homicide detectives chased Michael Jester around the streets of east Tulsa earlier this month. At one point, police say Jester started driving the wrong way on the Broken Arrow Expressway.

The chase started in the early morning hours of August 10th, when a Good Samaritan dropped off a shooting victim at the QuikTrip at 11th and Garnett.

Police say Jester shot Kyle Thomas after a fight over stolen property in a neighborhood just up the street.

The video released is from police dash cameras trying to chase down Jester.

Police say the hunt started after police and paramedics responded to the QuikTrip where investigators Jacalyn Ketcherside drove Thomas after a shooting in a nearby neighborhood.

After gathering info and receiving a tip through dispatchers, police set surveillance on a home near 35th and Memorial, looking for Jester who, eventually, ran and jumped into a blue Subaru.

Police started a chase that went all over east Tulsa.

Homicide Sergeant Dave Walker remembers being in the chase when Jester got into a crash on the Broken Arrow Expressway and then turned around, driving the wrong way.

"I lived it, so it was a harrowing experience. I tell ya, we put things in place to try to prevent that, but he circumvented our efforts to stop stick him, to stop the car right as he kind of got out of the neighborhood. And once that he realized we were on to him, the chase was on," Walker said.

Video shows Jester causing a crash on the B.A., then, turning around to get away from officers.