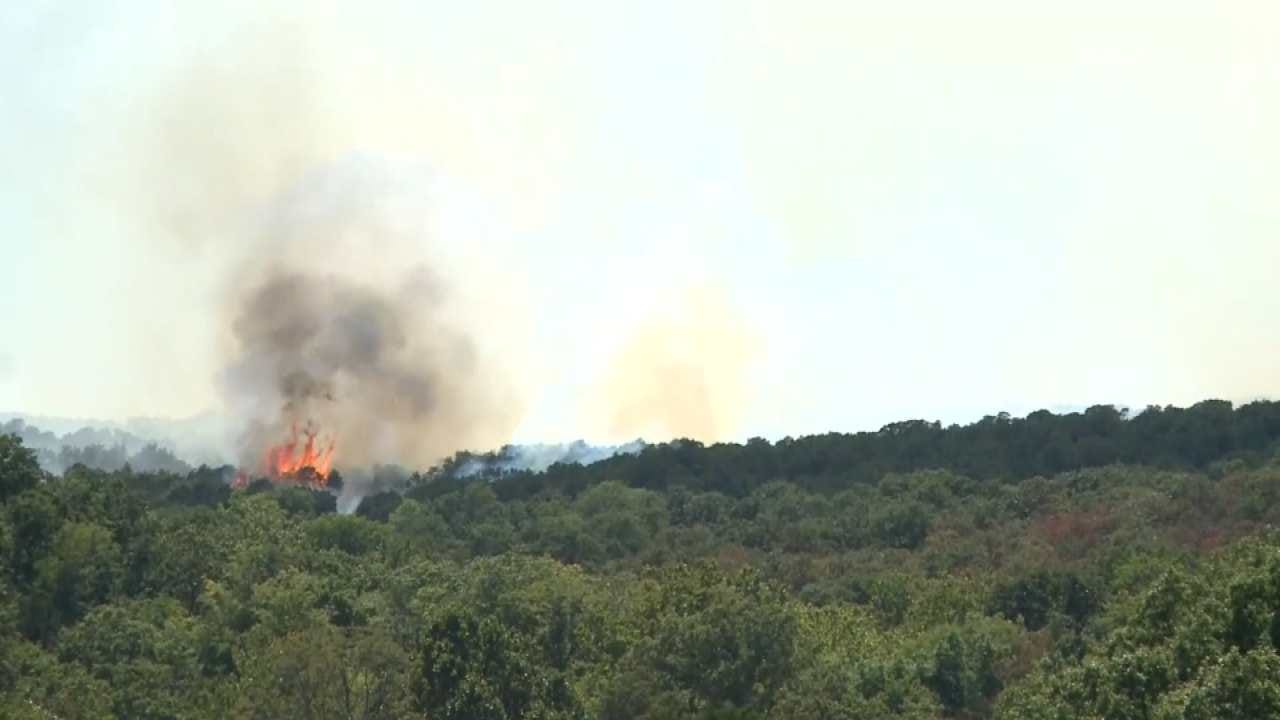 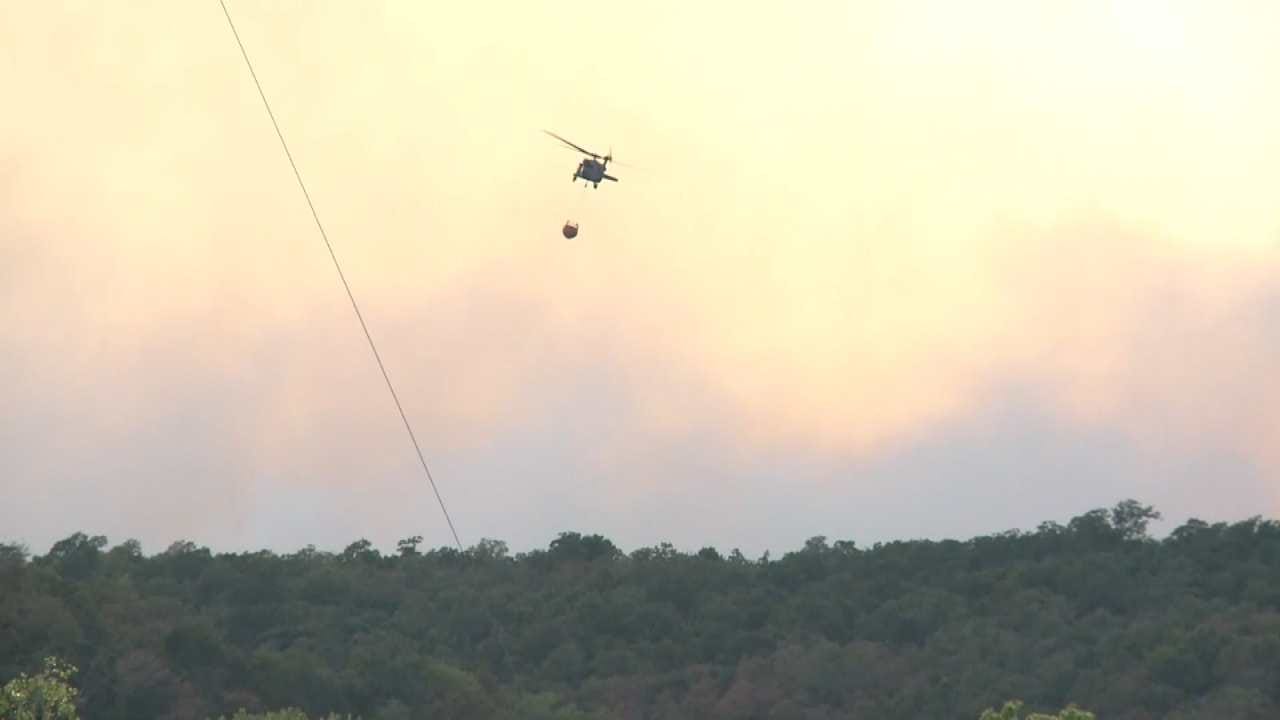 Authorities have evacuated about 30 to 40 cabins at Turner Falls Tuesday due to a wildfire burning nearby.

Police in Davis says the fire started on a private ranch just off Interstate-35 near Turner Falls State Park on Monday.  Police Chief Dan Cooper said seven fire departments, one helicopter and other emergency responders have been called in to help.

Cooper said the wind picked up Tuesday, allowing the fire to spread, burning more than 1,200 acres in the Arbuckle Mountains.

Turner Falls closed Tuesday evening because of the fire. No word yet on when it be reopened.