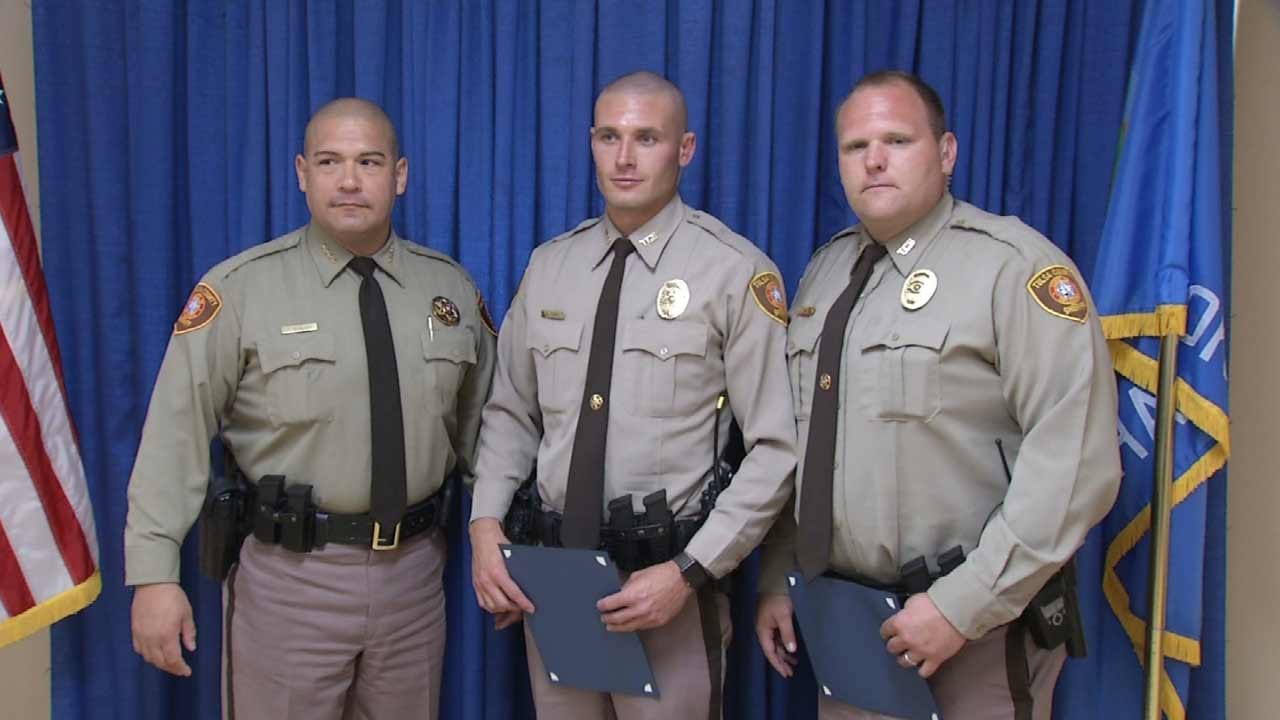 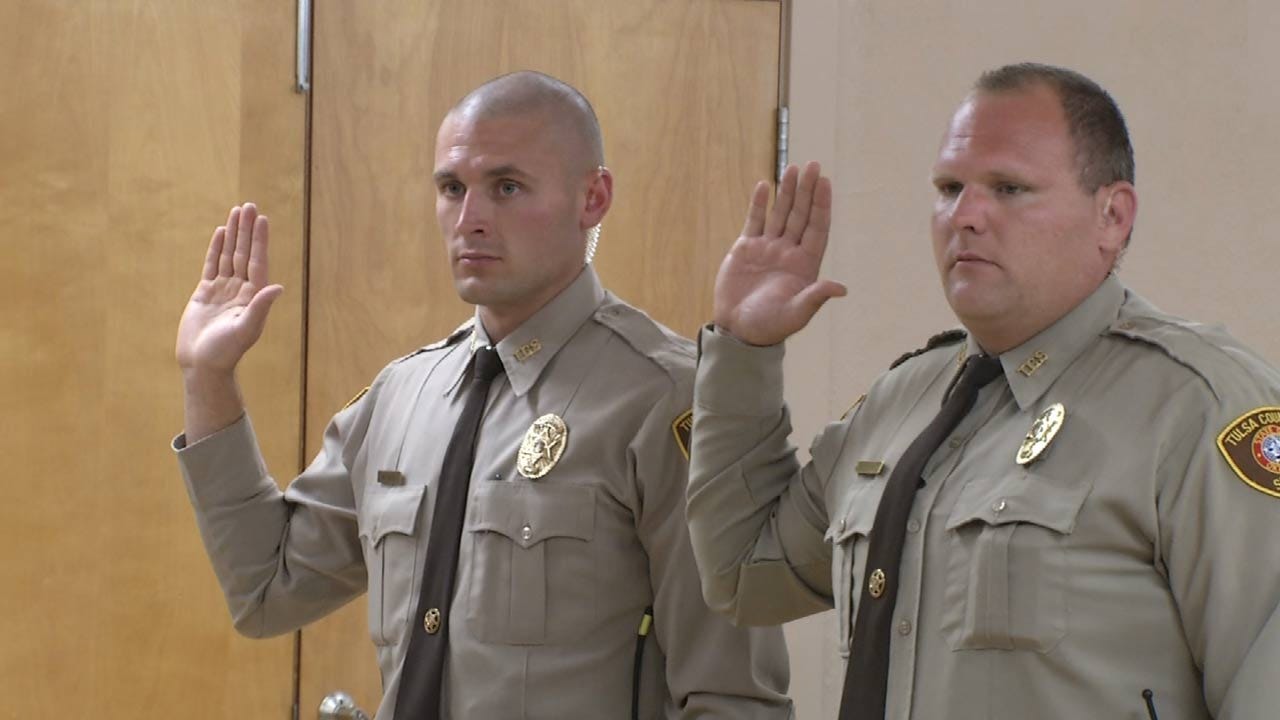 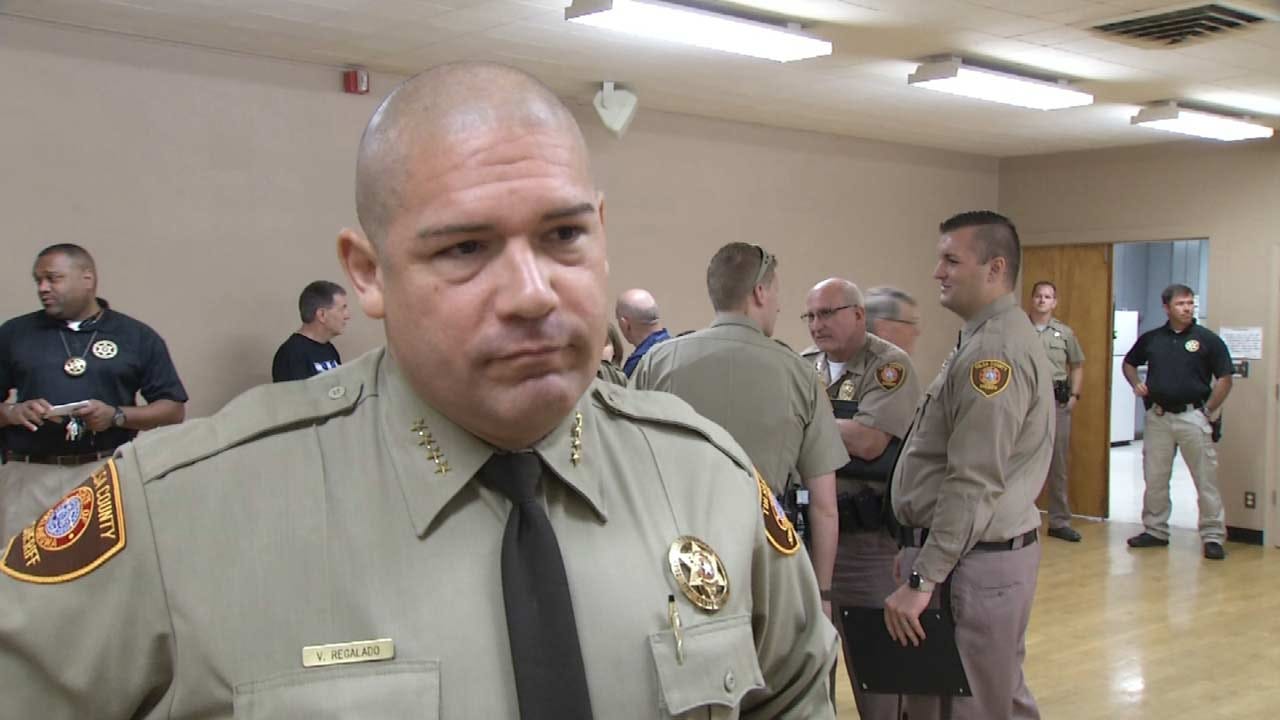 In a continuing effort to rebuild the force, the Tulsa County Sheriff's Office added some deputies Friday morning.

After turmoil in the office, and departure of some staff top to bottom, the sheriff said things are settling down when it comes to the daily staffing needed to run the department.

At an employee gathering Friday, Sheriff Vic Regalado recognized employees with five years and up to 25 years on the job.

"We're trying to create a culture of service, professionalism, transparency and discipline. And I think we're on the way to doing that," Regalado said.

And the workforce of regular deputies is slowly growing. Two new deputies just completed training through CLEET and took the oath.

Deputy William Shanks, 26, is a former Tulsa detention officer who said he wanted a new challenge.

"I didn't want a job where I'd be bored,” he said. “I wanted something challenging, where I could make a positive impact on the community, and I found all that with the sheriff's office," he said.

While the sheriff says there's plenty of interest in becoming a full-time deputy, he says the office is struggling to hold onto good detention officers at the jail.

“The turnover rate there is somewhat high,” Regalado said. “We're trying to implement some things so we'll be able to retain quality people, but it's a process, so we're working through that.”

With the new deputies on board, the sheriff's office now has a total of 252 deputies and detention officers.