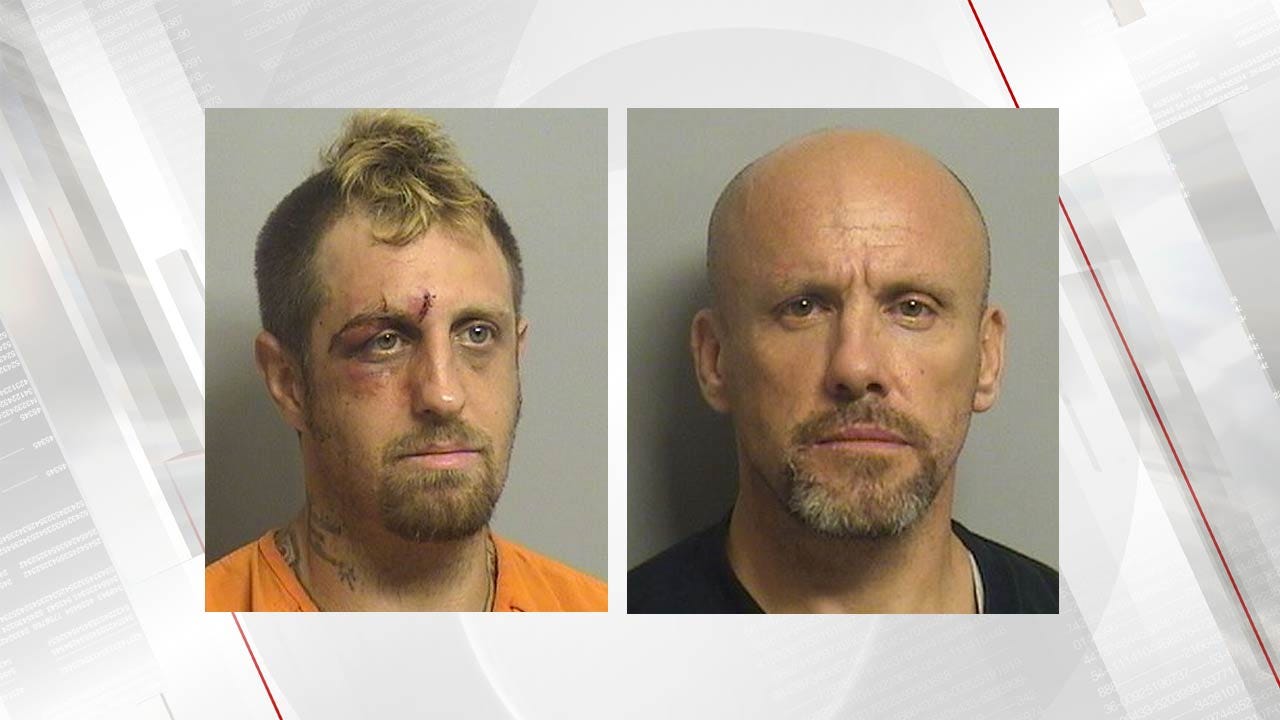 Police arrested two men for breaking into a Tulsa woman's home across the street from Hale High School.

Officers say Jimmy Bevenue, 46, and Steven Warner, 39,  broke into the victim's house while she was sleeping just after midnight.

An arrest report shows the victim told police she got up because she heard a noise, saw someone standing in her hallway and called 911.  Police say when they arrived at the home in the 2000 block of South 74th East Avenue, the two men ran out the back door.

Officers caught up with one of the suspects right away, but had to use a K9 officer and the police helicopter to find the other man.  They said he was hiding under some sheets of plywood leaning up against a nearby home.

Both men are being held on a first-degree burglary complaint.