OU Football: A Look At The Defensive Line 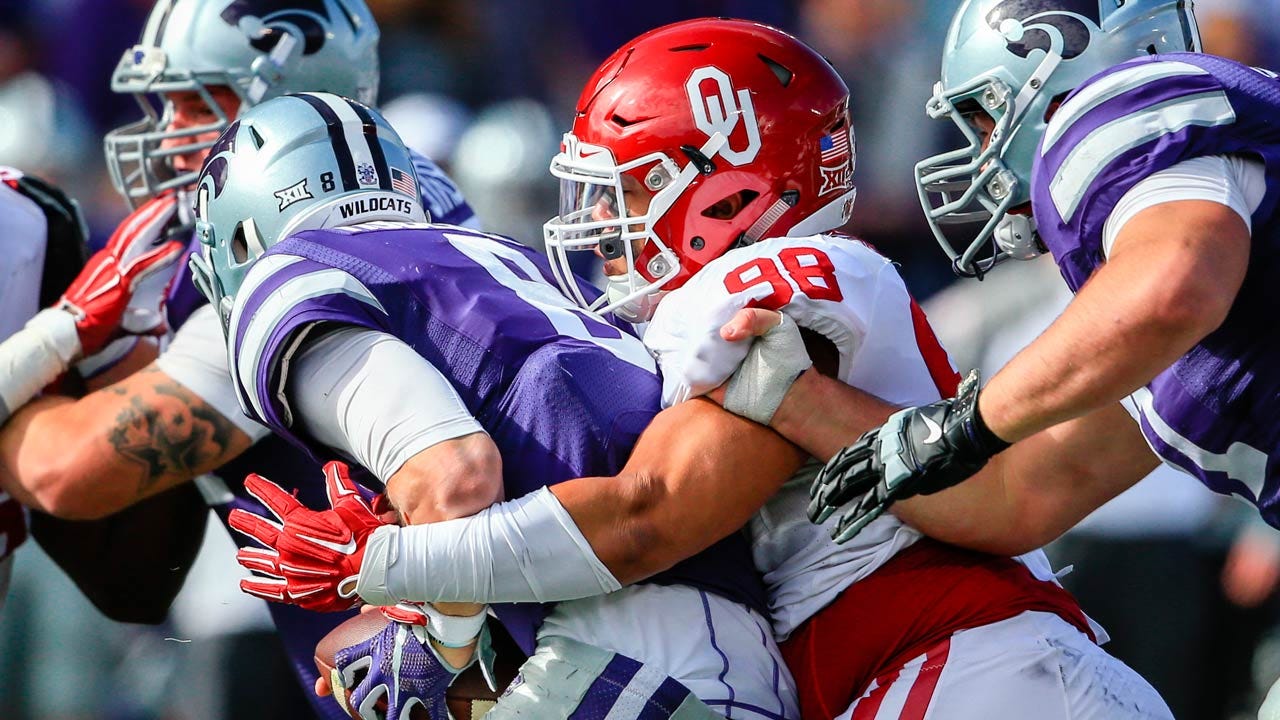 First-year Oklahoma defensive line coach Calvin Thibodeaux, an OU alumnus who played from 2002-06, inherits a unit that was a major strength for the Sooners in 2015. Using both four- and three-man fronts, the OU line helped the defense give up just 161 rushing yards per game, the second-best average in the conference.

The left side of the Oklahoma line is intact for 2016. Defensive tackle Matt Romar, who anchored the interior of coordinator Mike Stoops’ defense by starting 12 games last year (missed one game due to injury), is a solid piece of the puzzle. A 6-0, 304-pound redshirt junior, Romar can be counted on to eat up double teams and provide the kind of interior penetration that blows up running plays and gives even the most veteran signal callers fits.

Senior Matt Dimon started all 13 games at left defensive end a year ago. A solid tackler, he recorded 34 total takedowns in 2015, including 7.0 for loss and 2.5 sacks on the season. The 6-2, 275-pound Dimon is a veteran presence who can be relied on for consistent production.

The lone vacancy on the Sooners’ line comes via the departure of Charles Tapper. Selected by the Dallas Cowboys in the 2016 NFL Draft, Tapper was one of Stoops’ most productive players a year ago, racking up 50 total tackles and 7.0 sacks in his senior campaign.

Redshirt junior Charles Walker is a favorite to occupy Tapper’s spot. Playing as a reserve last season, Walker racked up 10 tackles for loss and 6.0 sacks and was consistently a disruptive force in opponents’ backfields. Walker stands 6-2 and weighs more than 300 pounds, but boasts rare speed and athleticism for a man his size, allowing him to flash in both pass rushing and run defense situations.

Redshirt senior Jordan Wade will provide depth and experience on the inside and should see time as the second tackle when the Sooners show a four-man front. Youngsters Marquise Overton (sophomore), Du’Vonta Lampkin (redshirt freshman) and Neville Gallimore (redshirt freshman) will all provide talented depth for Oklahoma. All arrived in Norman as four-star prospects and each should see some playing time.

The Sooners are also bringing in a pair of highly recruited ends in freshmen Amani Bledsoe and Mark Jackson Jr., both four-star recruits. Jackson, who excels in the pass rush, could see time at both linebacker and defensive end.

OU Football: A Look At The Defensive Line