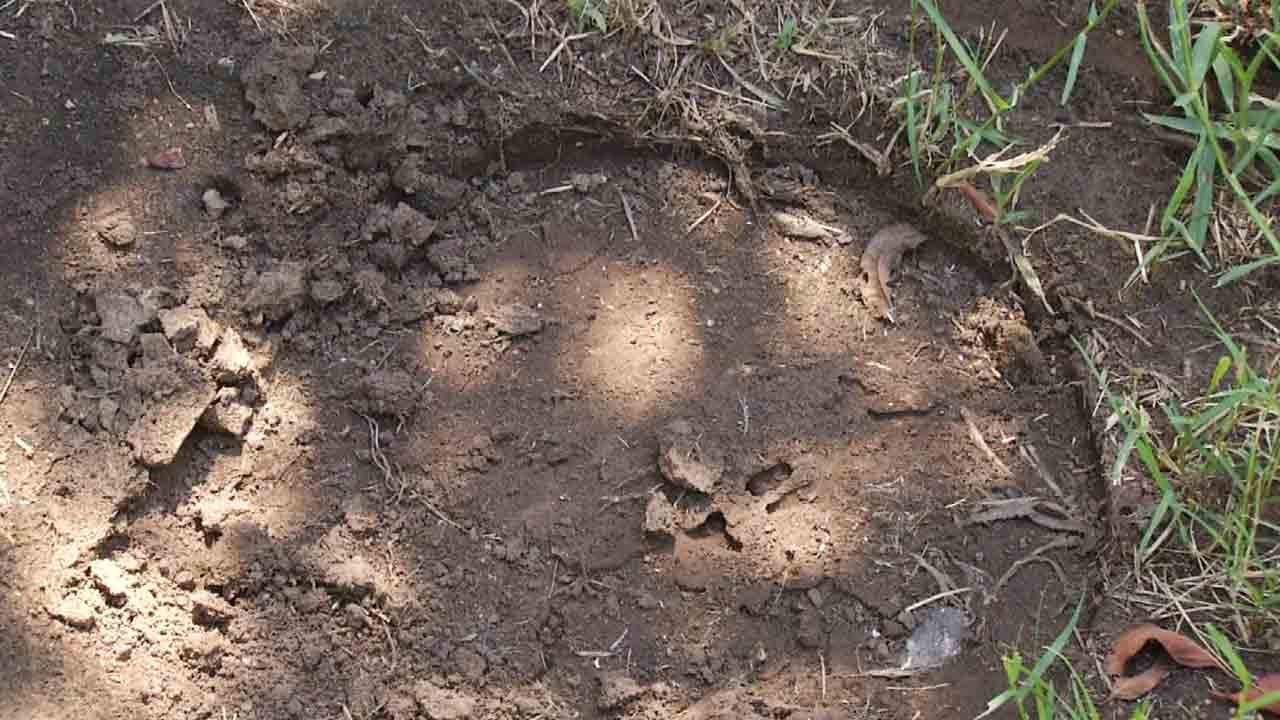 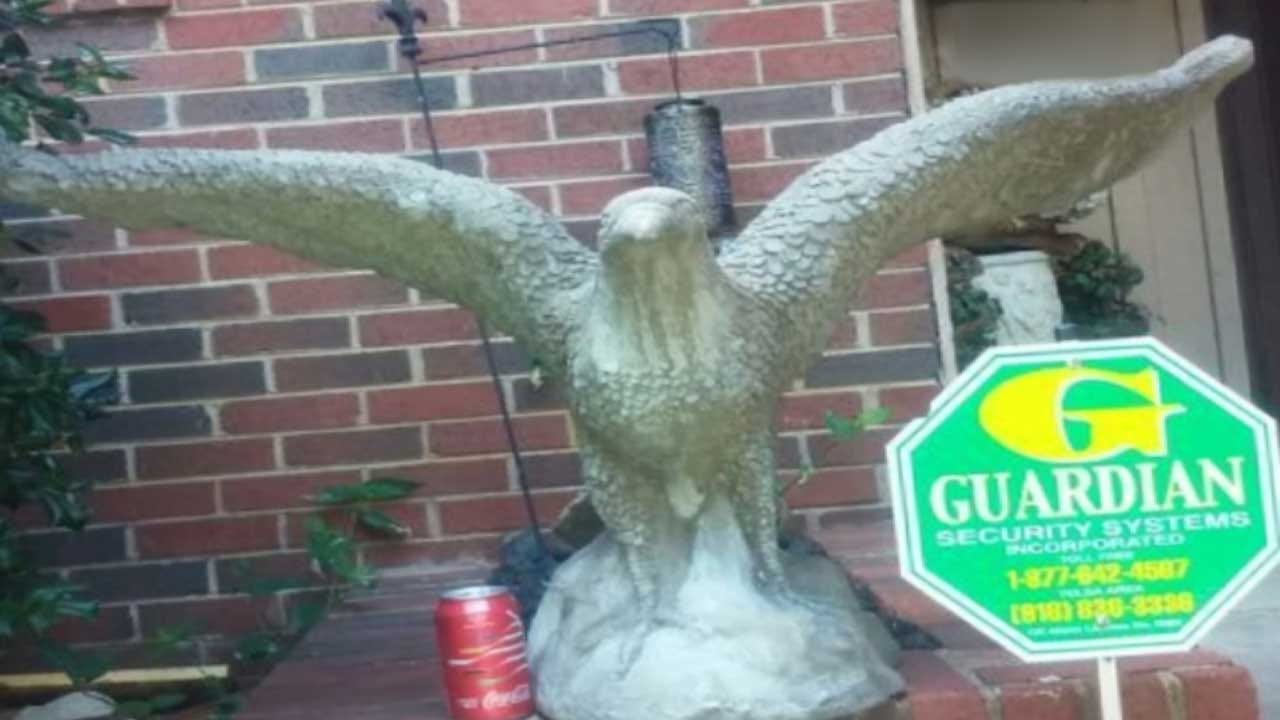 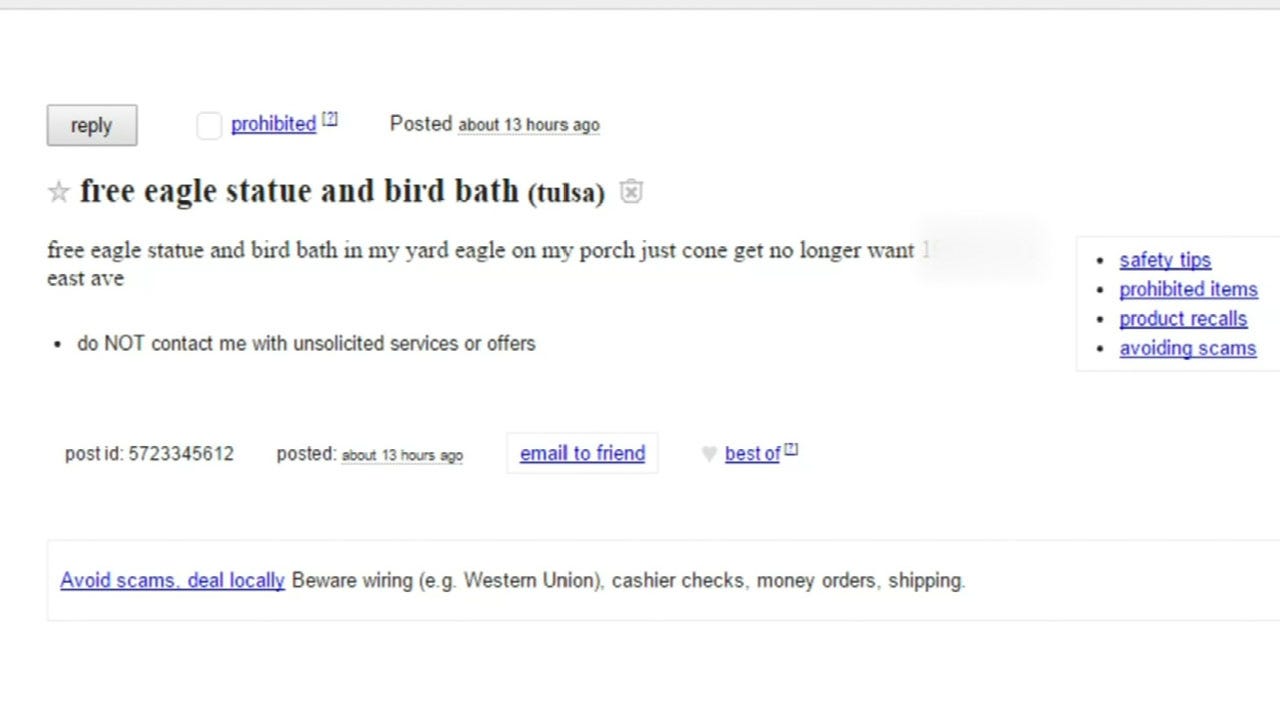 Family heirlooms were taken from a woman's yard after someone posted a fake Craigslist ad claiming they were free.

The woman said she walked outside Tuesday morning and discovered a few hundred pound eagle statue and a bird bath were gone.

Leesa Lewis now has no trespassing signs hanging up all over her front yard near 21st and Sheridan.

"I had a candle holder there. I had some different wall plaques there," she said.

But, she's taken down all of her outside decorations after someone took a bird bath and an eagle statue from her front yard. Tuesday morning, Lewis went outside to walk her dog and discovered they were gone.

"There was a car in the street moving slow so I came see if I could help him with anything and he said he came to get the free eagle and bird bath that was on Craigslist," she said.

The ad posted Monday night said 'Free eagle statue and bird bath.' It said to 'just come and get it' and listed Lewis' address.

First, she was shocked, then upset.

Lewis said, "The statue and bird bath belonged to my mother, and those are really the only personal items I had of hers."

She believes someone either posted the ad to be cruel, or it's a new tactic used by thieves.

"You can just drive around and post free stuff so when you get caught you can just show them an add,” Lewis said. “I'm really not sure. I don't know what to think."

Dozens of people have driven by.

She worries about what would have happened if she walked outside while people were taking them.

Don't go get it. You take the chance of getting shot, hurt,” Lewis said. "Knock on the door and contact the person inside."

After this story aired on News On 6, Lewis called to tell us that her items were returned.