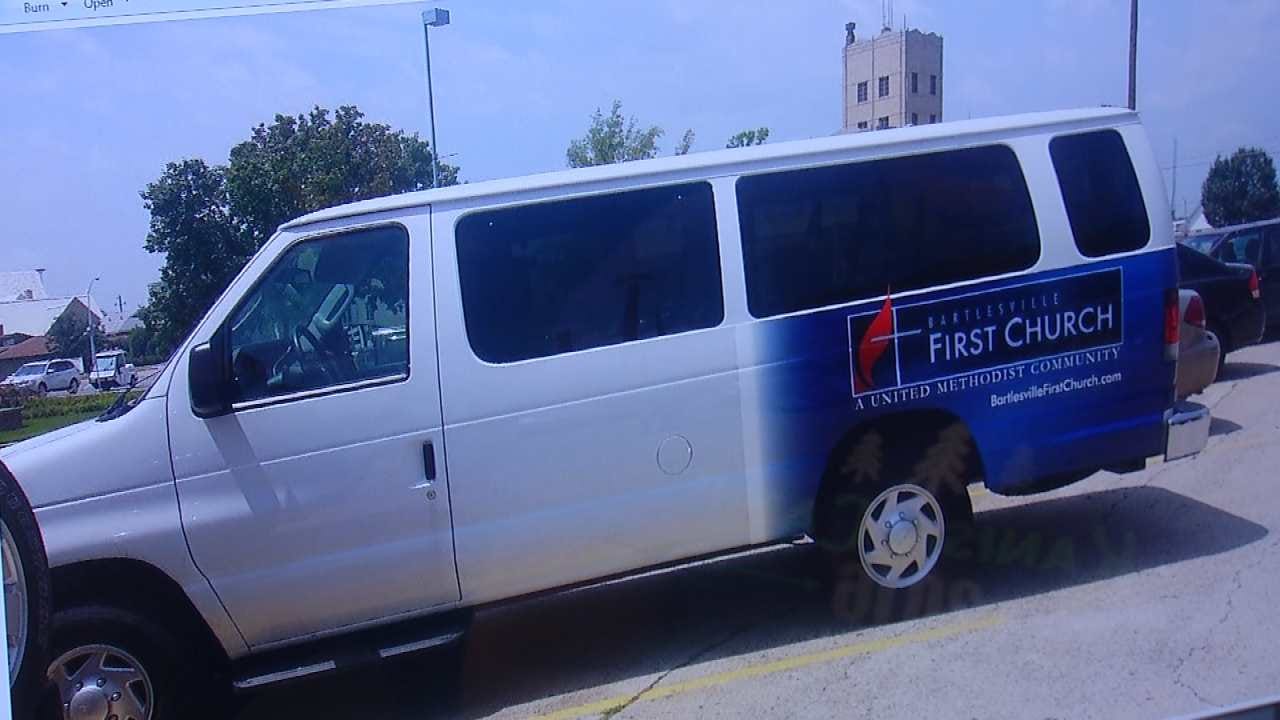 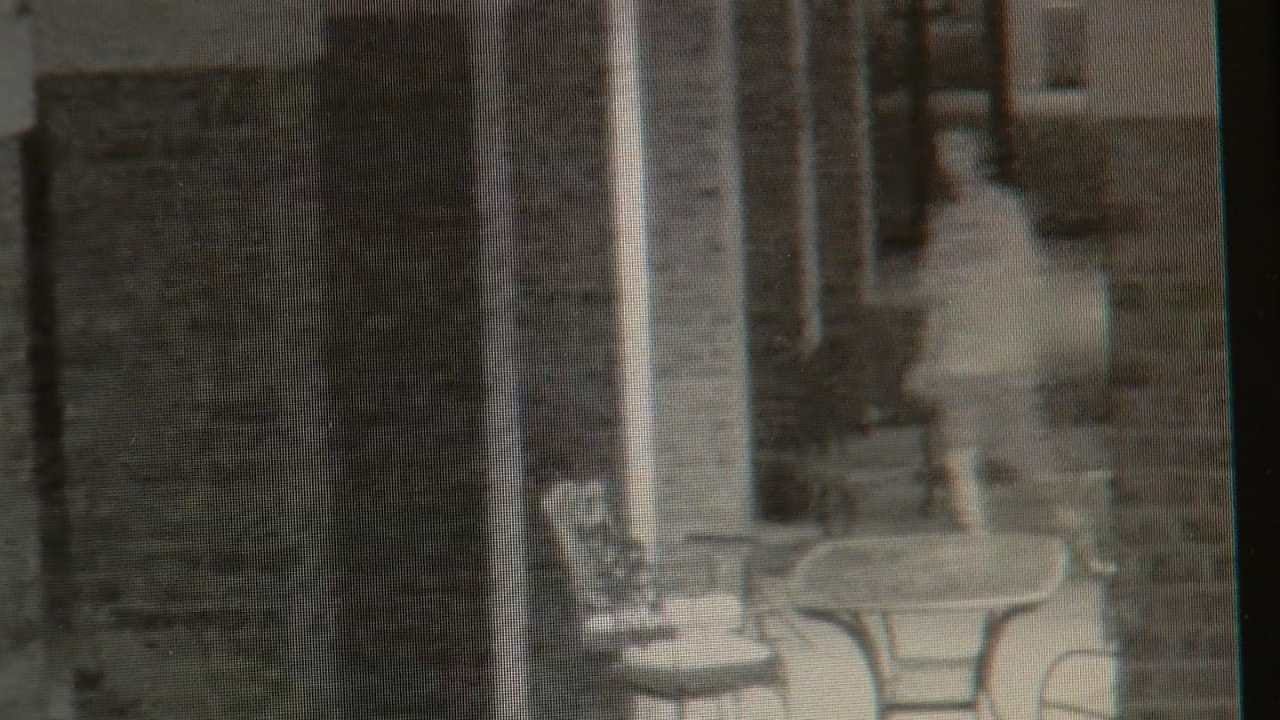 A thief took a church van in Bartlesville, and a surveillance camera caught the crime.

It was only 10 minutes after church staff had left the building for the evening when a man was spotted on camera, looking in the windows of the church.  He ended up breaking into one of their trucks and taking one of their vans.

The now-missing van clearly is marked with the church logo.

It's a van the church used every day, and was on the road all day Wednesday.

"We used it in the morning to pick up children for project transformation, our summer camp, and the youth used it in the afternoon to go to Osage State Park for some activities,” First Church operations manager Wayne Middleton said.

Surveillance video picked up a man lurking around the back of the church, circling around the playground and looking inside the building.

The cameras didn't get a great picture of the person and a tree blocked the camera over the van that was stolen.

“The van was taken, and they broke into the back of the little utility truck that we have, and there were some keys and things taken, but nothing serious,” Middleton said.

The truck already has been fixed, and First Church has other vans, so it isn’t totally without, but the one taken was the nicest and newest.

The church has insurance, so it can replace the van. Still members are hoping someone will spot it and call police.