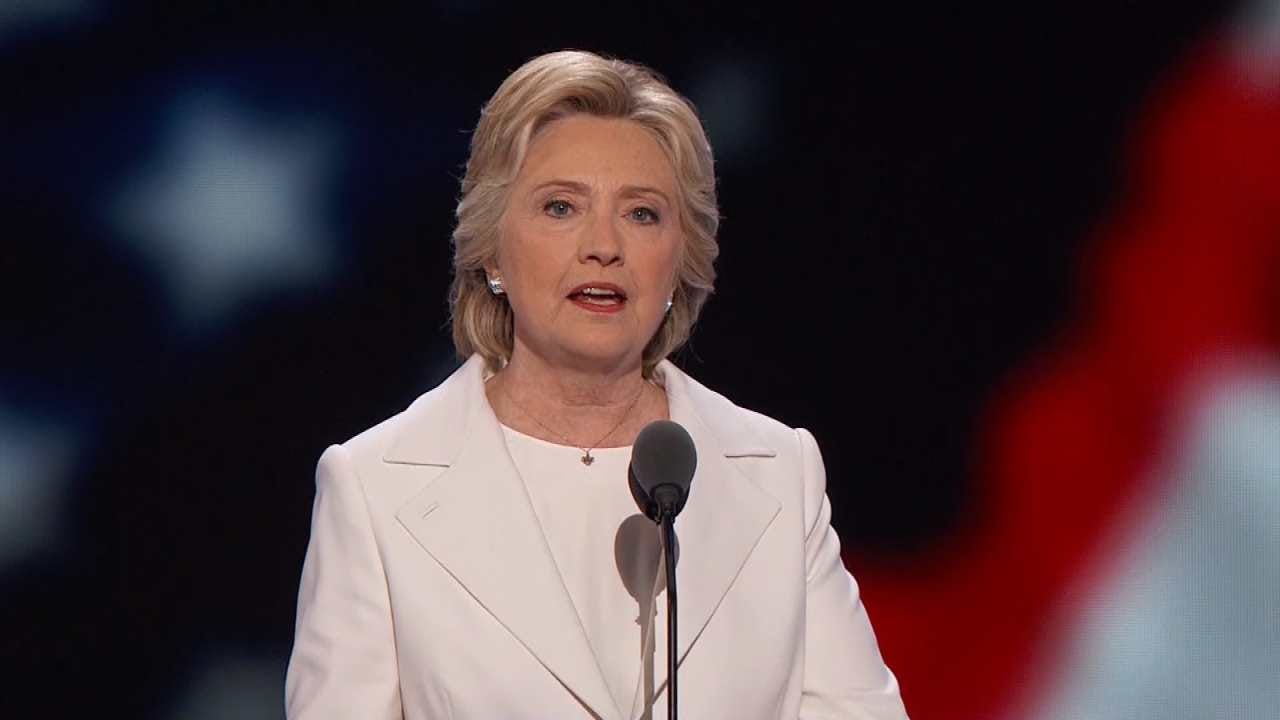 With her speech formally accepting the Democratic nomination Thursday night, Hillary Clinton capped off a week of oratory defending the strength of the American spirit and outlining the general election argument against Republican nominee Donald Trump.

"America is once again at a moment of reckoning," Clinton said. "Powerful forces are threatening to pull us apart. Bonds of trust and respect are fraying. And just as with our founders, there are no guarantees: it truly is up to us."

The theme of the fourth and final night of the Democratic convention focused on Clinton's campaign slogan, "Stronger Together." Clinton spoke about ensuring that the country remains united--not just within the Democratic Party, but across ideological lines.

"Our country's motto is E Pluribus Unum; out of many, we are one," she said. "Will we stay true to that motto? Well, we heard Donald Trump's answer last week at his convention--he wants to divide us, from the rest of the world, and from each other."

With a reference to Ronald Reagan's 1984 campaign slogan, she quipped that Trump has taken Republicans "a long way, from 'Morning in America' to midnight in America."

After a week in which several Republicans appeared on stage in support of Clinton, the candidate herself made an explicit appeal to Republicans and independents who are turned off by Trump.

"I will be a president for Democrats, Republicans and independents," Clinton said. "For the struggling, the striving and the successful. For those who vote for me and those who don't--for all Americans."

"Whatever party you belong to, or if you belong to no party at all, if you share these beliefs, this is your campaign," she said at another point.

And early on in the speech, Clinton nodded specifically to Sanders supporters, imploring them to join the fight against Trump. Though there had been rumors earlier Thursday of a mass walkout of Sanders supporters during Clinton's speech, no such walkout occurred.