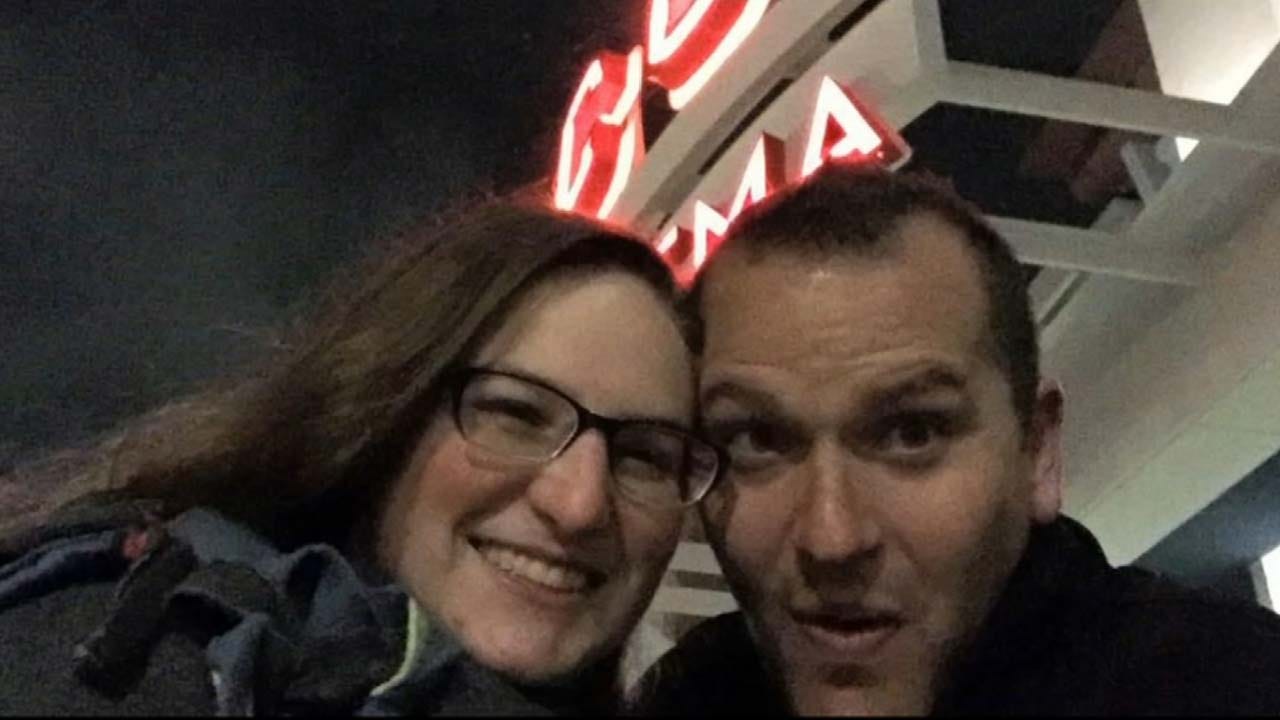 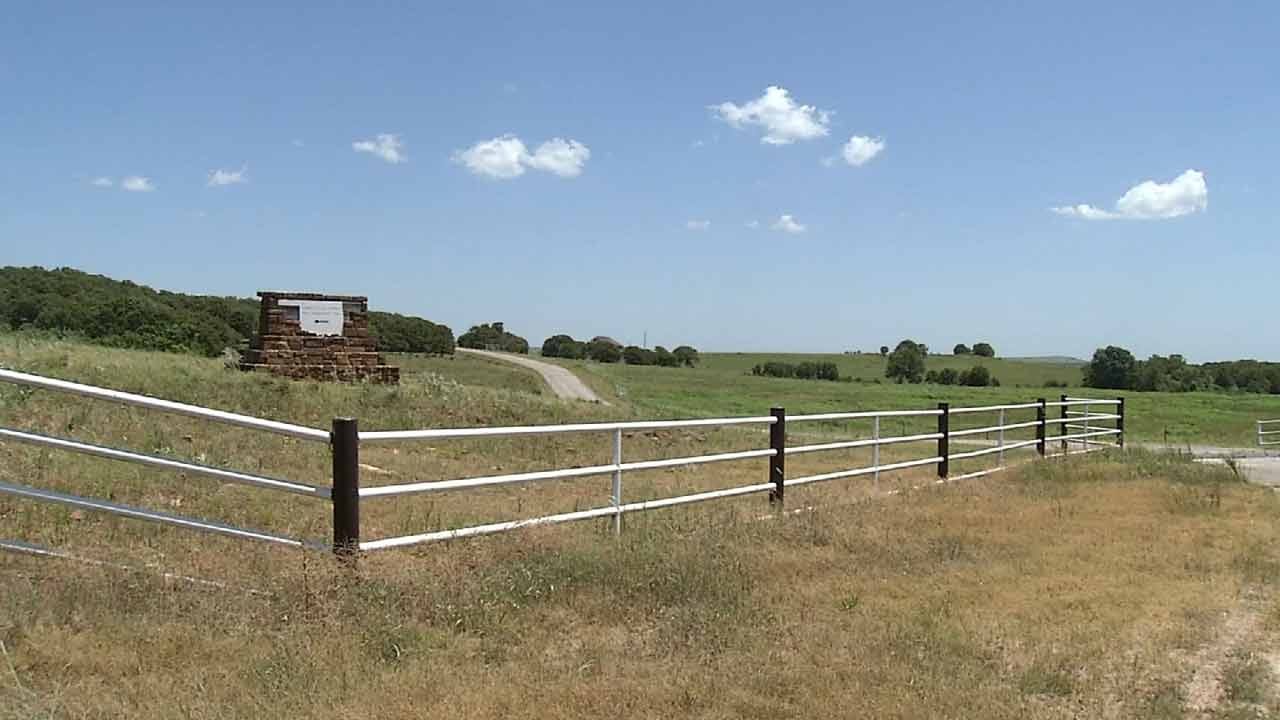 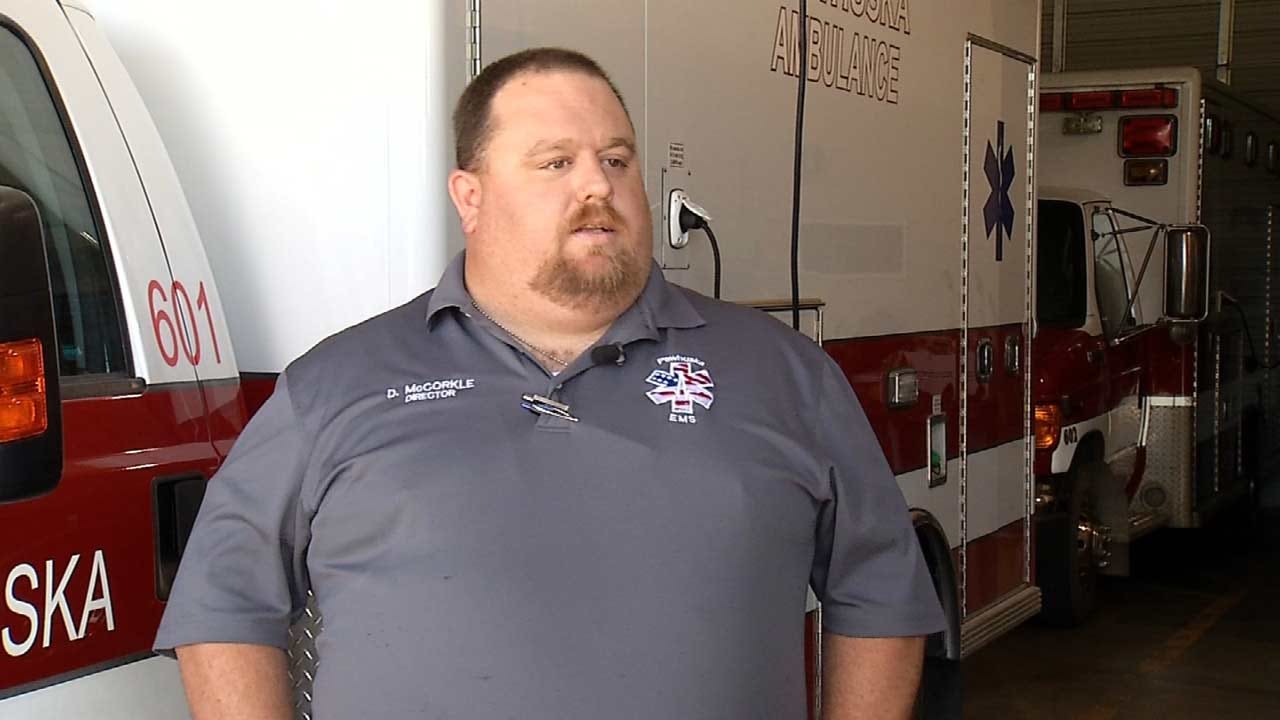 The Oklahoma heat claimed the life an Arkansas woman this week. The 29-year-old died Monday of a heat stroke while at a Mormon church camp in Pawhuska.

Paramedics said they took five juveniles to the hospital for heat-related illnesses last week - three of those minors were unconscious when medics got to camp.

Meaghan Blair was serving as an adult supervisor for The Church of Jesus Christ of Latter-day Saints’ Osage Prairie Pioneer Trek. The pioneer trek is a tradition to teach LDS youth about the Mormon pioneer exodus of the mid-1800s.

They dress in pioneer clothing, sing and dance, then hike for miles, pulling handcarts just like their ancestors; and this month, some members are doing all that in sweltering Oklahoma sun.

Blair and her husband were acting as the “Ma” and “Pa” of a pioneer “family” of teenagers.

Blair was near the end of a seven-mile trek through a Pawhuska prairie when she passed out and started seizing. The Rogers, Arkansas, LDS church confirmed Blair died of a heat stroke.

She was just 29 years old and leaves behind a husband and two young children.

“This is a heartbreaking loss for the family and all who knew her,” church spokeswoman Deborah Neria said. “We pray that they [Blair’s family] will be blessed with God's peace and understanding as they deal with this terrible loss.”

“Just stay aware of the heat, aware of your body and how you're feeling,” he said.

McCorkle said staying hydrated with water and replacing electrolytes with low-sugar sports drinks is vital when out in the hot summer sun. And he warns the heat can hurt you anywhere, whether out on the prairie or in the heart of the city.

“It's all over, it's not just there. It's hot everywhere in Oklahoma right now. Just be aware of it,” McCorkle said.

The LDS Church said it requires every handcart carry 10 gallons of water on treks.

The spokeswoman said Monday’s trek started early in the morning in an effort to beat the heat. It also included shade and swimming stops.

A LDS church member said this week’s trek has been canceled.

The LDS website says the Osage Prairie treks are held in March, June and October. It says weather prevents scheduling them July and August.

Blair’s loved ones have set up an online fundraising site for her family, who live in Rogers, Arkansas.

After our story aired, a spokesperson for Blair's family released this statement:

"It is with heavy heart and sorrow that we share the passing of Meaghan Lee Blair. Meg was the wife of her beloved husband Michael Blair and mother to two young children. She and her family lived in Northwest Arkansas where Meaghan worked for Wal-mart’s corporate headquarters and her husband is a mechanical engineering student at the University of Arkansas.

Meaghan leaves behind her husband and children, her parents, Brad and Maureen Querry, and her husband’s parents, Jim and Teresa Blair, all of whom reside in Northwest Arkansas. Meaghan also had three younger sisters and an extended family who live in various places around the country. She was an active member of The Church of Jesus Christ of Latter-day Saints where her service was directed to children and attended the Rogers 1st Ward. (A ward is a local congregation.)

Meaghan died at 1:15 a.m. on June 21. Prior to her death, she had been participating in a church youth activity near Pawhuska Oklahoma. Meaghan and her husband Michael were volunteering as youth leaders. The activity was a handcart trek, commemorating the sacrifices made by mid-1800s pioneers who walked across the plains to Utah. This specific activity was scheduled to last three days and had begun on the morning of Monday, June 20. Careful planning went into the event and specific plans were made to cope with the anticipated hot weather. She stopped regularly on the trail to consume water and salty foods and had trained outdoors in preparation for the activity. The group had walked 6.5 of the planned 7 miles when Meaghan expressed that she was not feeling well. She was immediately taken by ATV to the medical tent and was treated by the on-site doctor and registered nurses.

Some time after her arrival in the medical tent, Meaghan began to have seizures. She was flown to St. John’s hospital in Tulsa. Although there has been some speculation, the medical examiner has not yet determined the cause of death.

Meaghan’s family wishes to thank the medical staff—both those who were on site and those at St. John’s hospital—for their care of Meaghan. They also express their profound gratitude for the outpouring of support and love in the wake of Meaghan’s passing.

A memorial service will be held Friday, June 24, at 3:00pm at The Church of Jesus Christ of Latter-day Saints meetinghouse at 2805 N. Dixieland Rd, Rogers, Arkansas. Funeral services and burial will be held in Herriman, Utah next week."