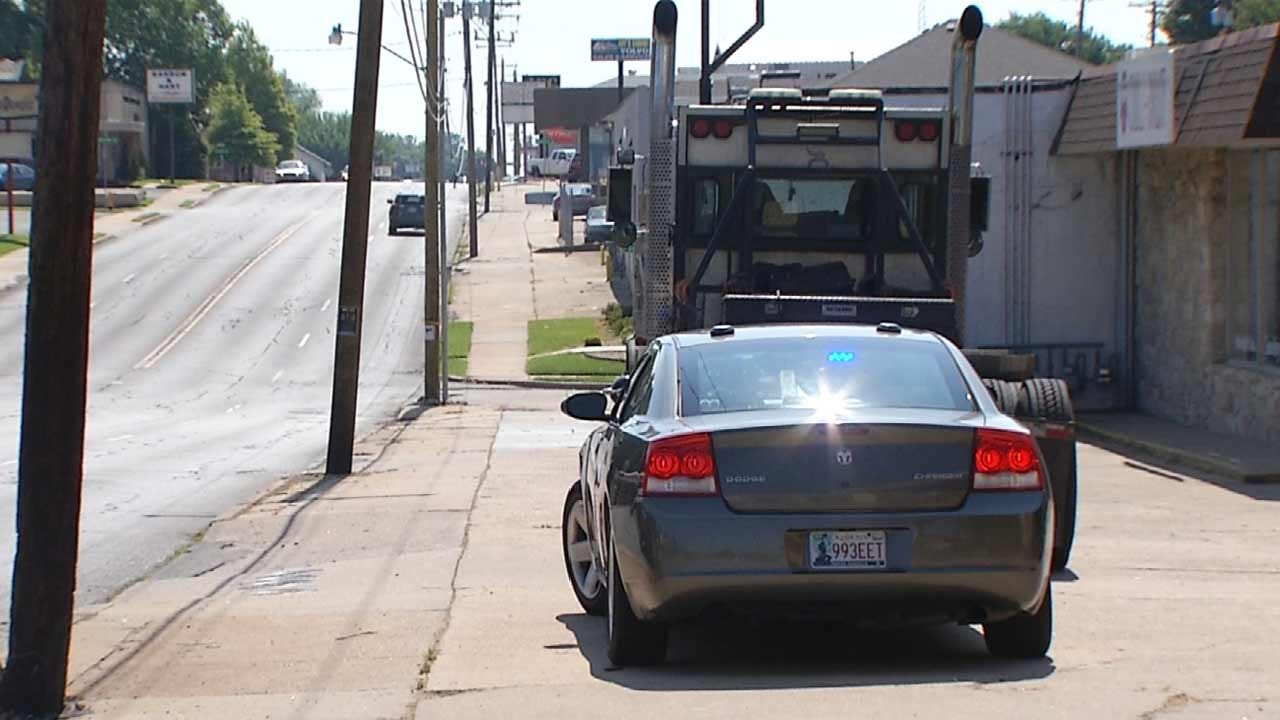 Tulsa Police say a  man in his 70s was knocked over by a semi truck without a trailer Monday morning at 15th and Delaware.

The man was crossing the street using a walker when the light changed for oncoming traffic. Police said he had not quite cleared the intersection when the semi brushed against him knocking him to the ground.

EMSA arrived on scene to check the man out, and he appears to be OK. Police were still investigating to see if they would cite the truck driver.