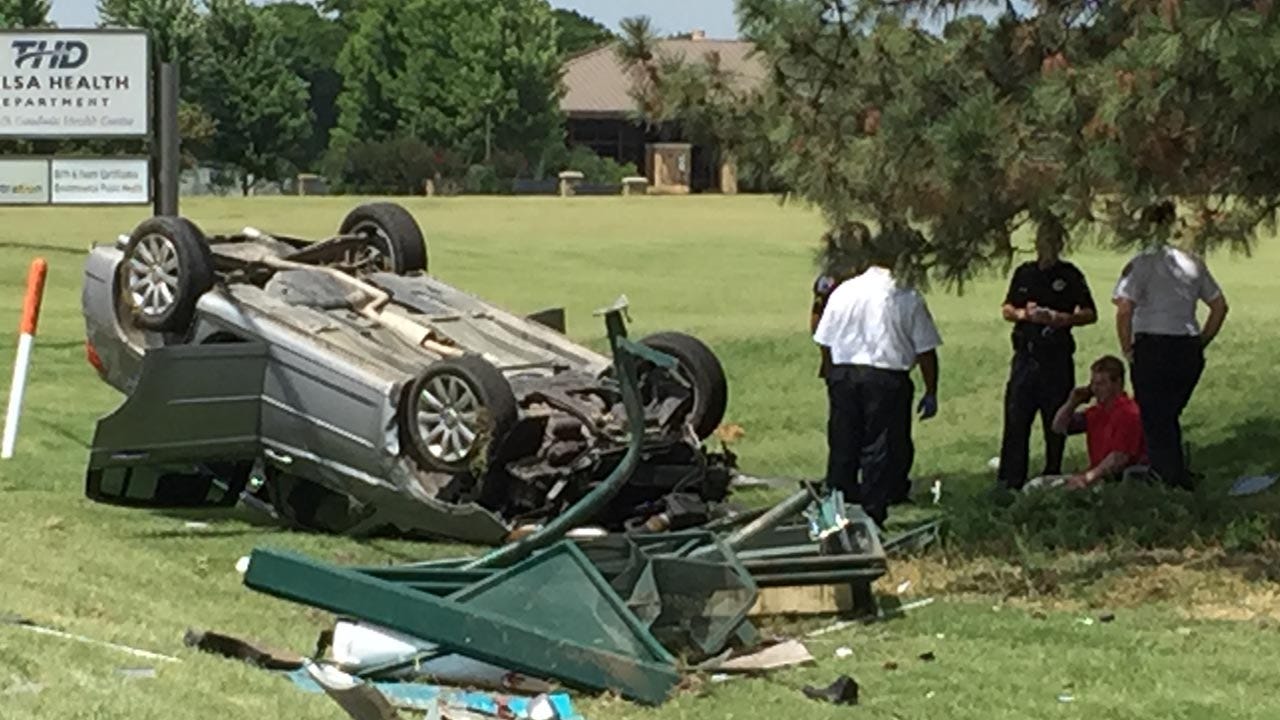 The driver told police that it was a case of road rage.

He said the other driver hit his brakes in front of him, causing him to swerve and crash.

The driver was not injured. No tickets were issued.