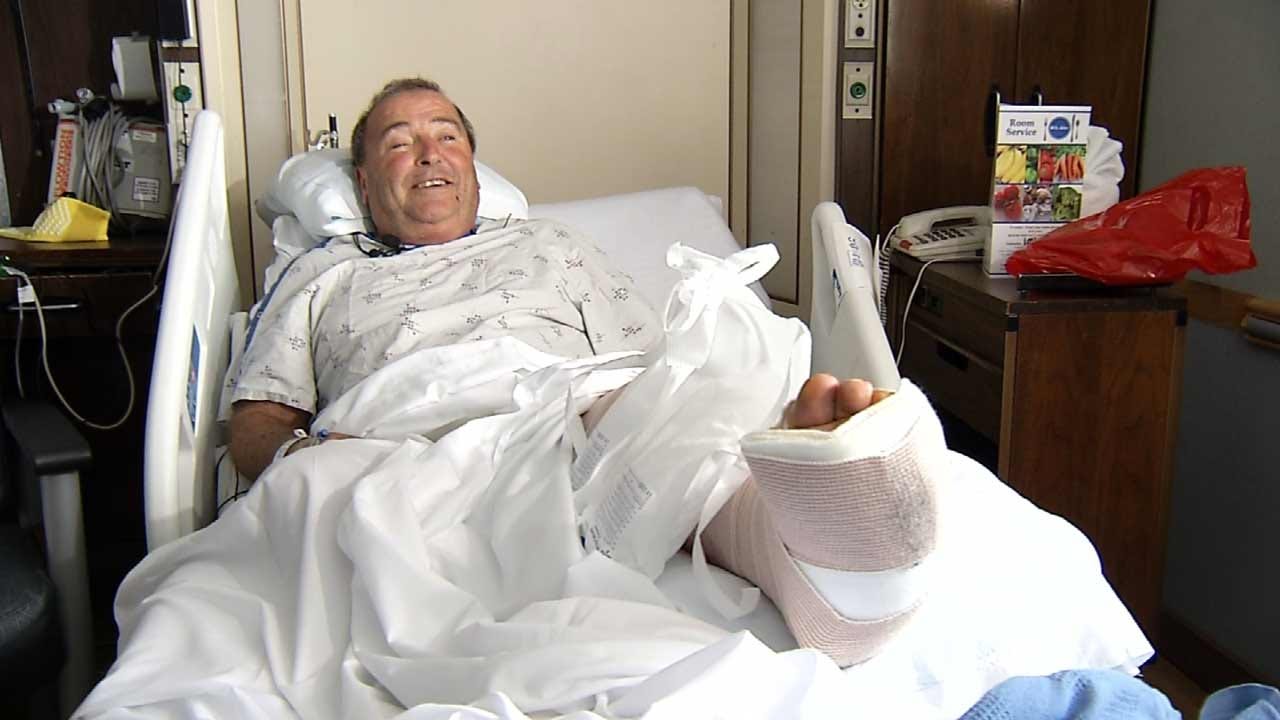 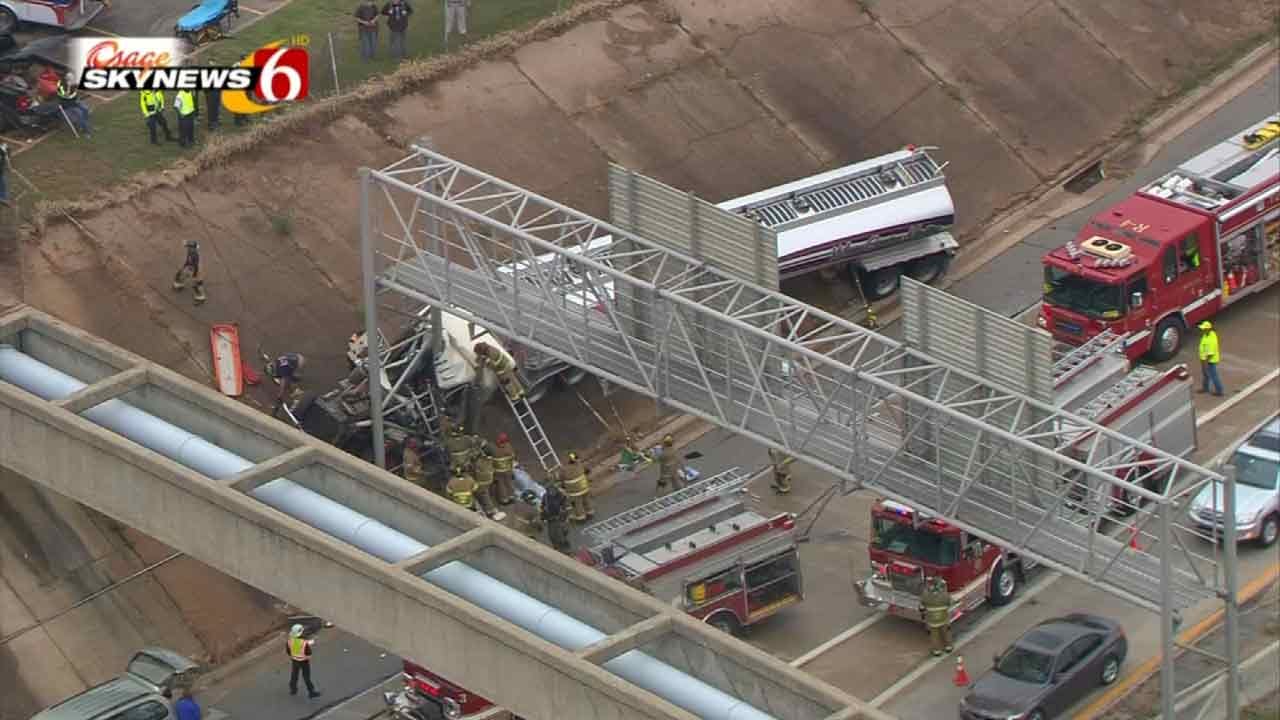 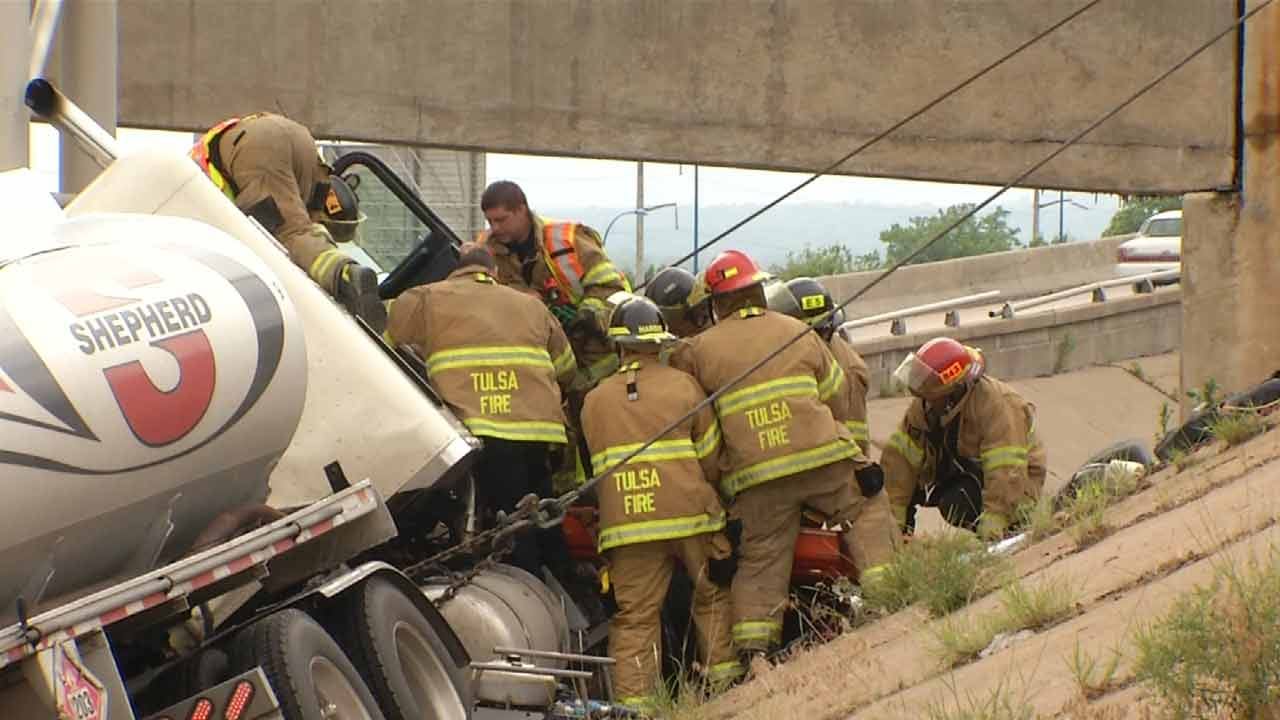 The semi-truck driver who crashed his truck on the IDL Monday said he did it to save the lives of strangers.

Troopers said a driver backing up on an off ramp caused a chain reaction crash. The semi-truck driver, Richard Hughes, said when he saw that wreck he had only one option.

Hughes is in the hospital with a broken leg after being stuck in the cab of his mangled semi-truck.

“All I could do was just sit there,” he said.

Hughes’ foot was pinned in between truck parts and a street pole. He was trapped for two hours.

But even though it felt much longer, he was able to give the signal that all was OK.

“I guess somebody told me I gave a ‘thumbs up,’ I don't remember that,” he said.

But everything else, he said, he remembers clearly.

Hughes said he was headed to drop his truck off at work in Tulsa, and as he came around the southwest corner of the IDL, he saw people standing on the highway who were part of a chain reaction crash.

Hughes made the split second decision to drive up a concrete embankment - a decision that saved the folks in the road but put his life in jeopardy.

“When I seen the big pole coming I just started...I was praying,” he said. “Praying that it wouldn't be my last day. I think God has his hand on me. Yeah, it was scary.”

Firefighters worked tirelessly to free him.

“Oh man, I was so happy and relieved. I was thankful,” he said. "We're not guaranteed tomorrow, I mean, it's just that quick. You never know."

Troopers said they spoke with the driver who was backing up, Michael Todd Bennett. He admitted to backing up but said he didn’t know there was an accident and left the scene. Troopers sited him for improper backing on a roadway.