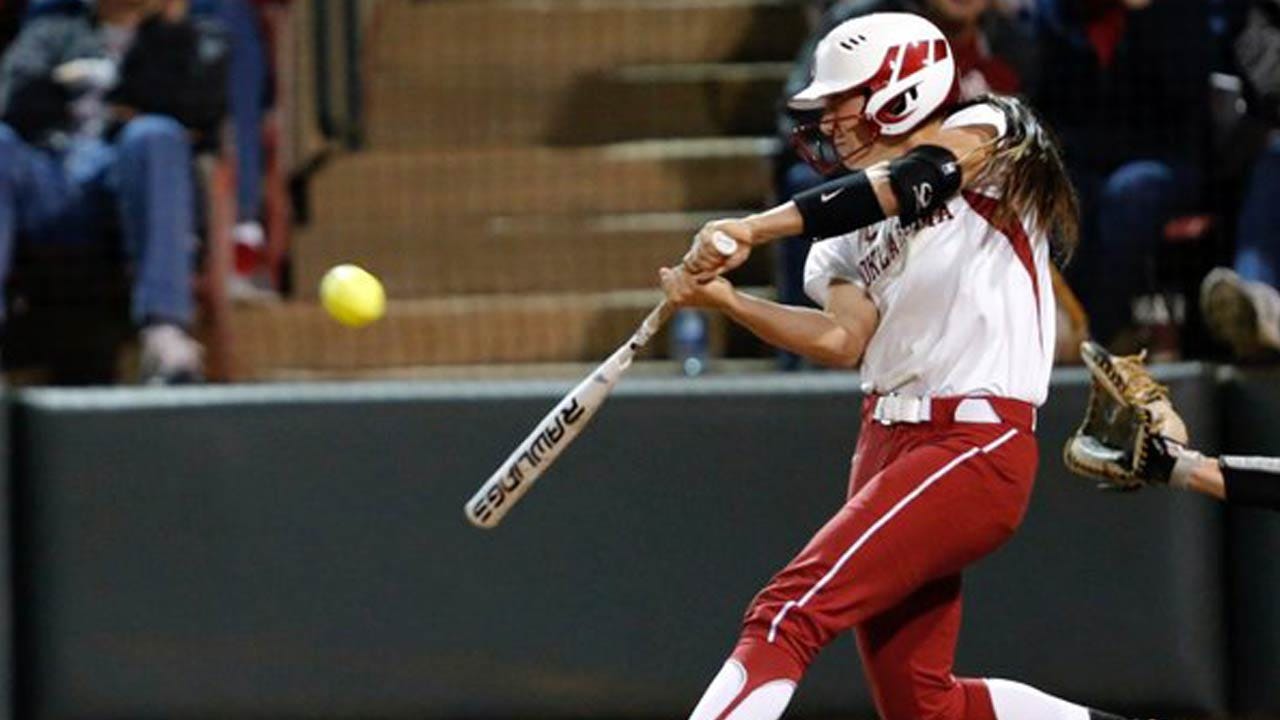 Fast starts have been the calling card for No. 3 Oklahoma (48-7) over the last two weeks. Friday night was no different as OU used a five-run first to seize early momentum en route to a 7-2 win over Wichita State (35-20) in the opening round game at the Norman Regional.

With the win, the Sooners move ahead to the winners’ bracket to face Ole Miss Saturday at 1:30 p.m. on ESPN. Wichita State falls to the losers’ bracket where it will meet Tulsa in an elimination game at 4 p.m. Saturday.

The win over the Shockers also extended OU’s winning streak in Regional play. The Sooners have won 14 straight Regional games and 19 of 20 such contests since 2010. During the 14-game win streak, OU has outscored opponents 165-40. All-time, Oklahoma is 59-17 in Regional action.

One other streak that also continued for Oklahoma Friday night was its dominance over the Shockers. OU has won 33 straight games in the series, marking its longest active streak against another program. In fact, during the streak OU has held WSU to two runs or fewer in every contest.

OU has scored at least five runs in the first two innings in each of the last four games and needed just three batters to get the game’s first run Friday.

A walk to freshman Shay Knighten filled the bases, and sophomore Nicole Pendley delivered the big blow two batters later. After taking a strike, she drove the next pitch to the bleachers in left-center for her sixth homer of the season and the first grand slam of her career. It was the fifth grand slam hit by the Sooners this year, and it put Oklahoma on top 5-0.

The beneficiary of OU’s quick start was starting pitcher Paige Parker. She continued her remarkable run by earning a win in her 19th straight appearance, running her record to 29-3 overall on the season. She struck out nine and allowed two runs on five hits and two walks, though only one of those runs was earned.

Wichita State cut into the lead in the top of the third, however, plating two runs.

With one out, Brittany Fortner singled to center field. Cacy Williams then hit a fly ball to left-center that OU left fielder Kady Self dove for but missed. The double scored Fortner and Williams took third on a throwing error. After a strikeout, Liz Broyles hit a sharp single to right to make it 5-2.

The Sooners got one of those runs back in the bottom of the third.

Self led off with her 12th double of the season. She eventually reached third and came home when Miller dropped a single into left field to match Knighten for the team lead in RBI at 48.

The two runs allowed by Parker snapped a scoreless inning streak of 23.0 innings and a streak of not allowing an earned run at 32.2 innings for her.

The fifth inning proved vital as Wichita State failed to capitalize on a scoring chance, but OU didn’t miss its opportunity.

In the top of the frame, Kelli Spring walked to lead off and moved to second on a groundout. Williams then singled through the right side, putting runners on the corners with just one out. Facing the team’s No. 3 and No. 4 hitters, Parker kept OU’s lead at 6-2 by striking out Paige Luellen and then getting Broyles to pop out to short.

Aviu led off the bottom of the inning with a single and took second on a groundout before freshman Raegan Rogers entered for her as a pinch runner. Self put runners on the corners for Oklahoma when she singled through the right side. Wichita State looked like it might get out of the inning unscathed when sophomore Lea Wodach hit a grounder to Spring at second base. The Shockers got the force on Self at second, but the return throw to first was not in time to get Wodach and Rogers scored the game’s final run.