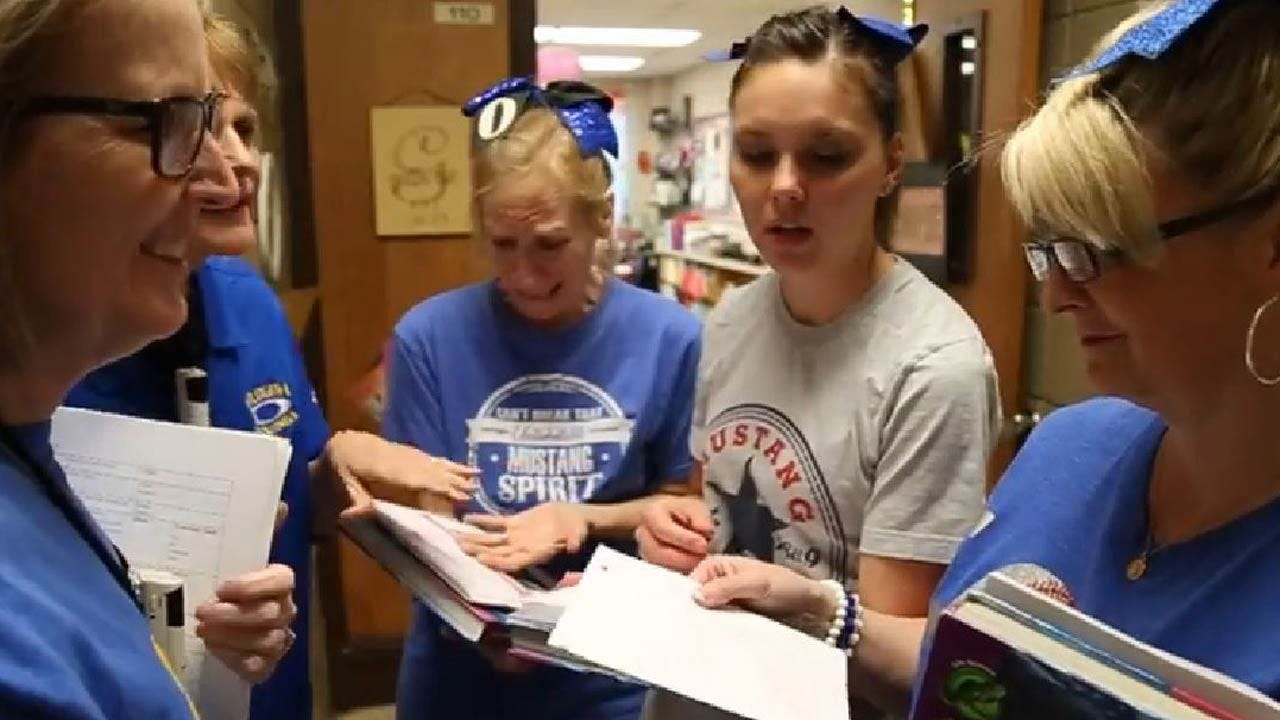 An Oologah teacher got some special help to inspire her students as they take state tests.

Third grade teacher Sherrie Guthrie teamed up with her son and another teacher to re-write the lyrics to Rachel Platten's "Fight Song" and create a video to go along with it.

When he's not at his regular job her son, Wyatt, works as a videographer.

His video is already a hit on YouTube, getting nearly 7,500 hits since Monday.

Guthrie says it's important to show kids there's still a lot of good in public schools, despite the budget cuts.

During the shooting, we're told they got a tornado warning alert on their News On Six app so they had to end early.

Luckily they got enough footage to make a really cool video for the kids!

City Of Bartlesville In Stage 2 Of Water Conservation Efforts