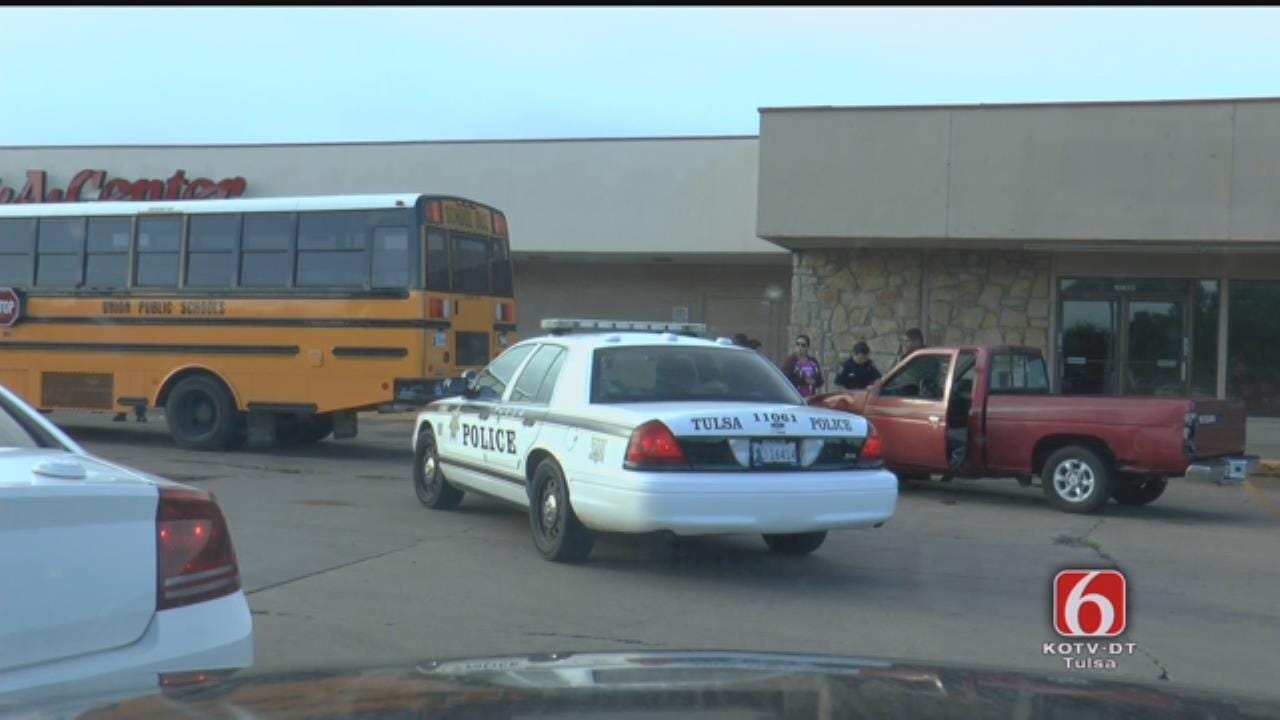 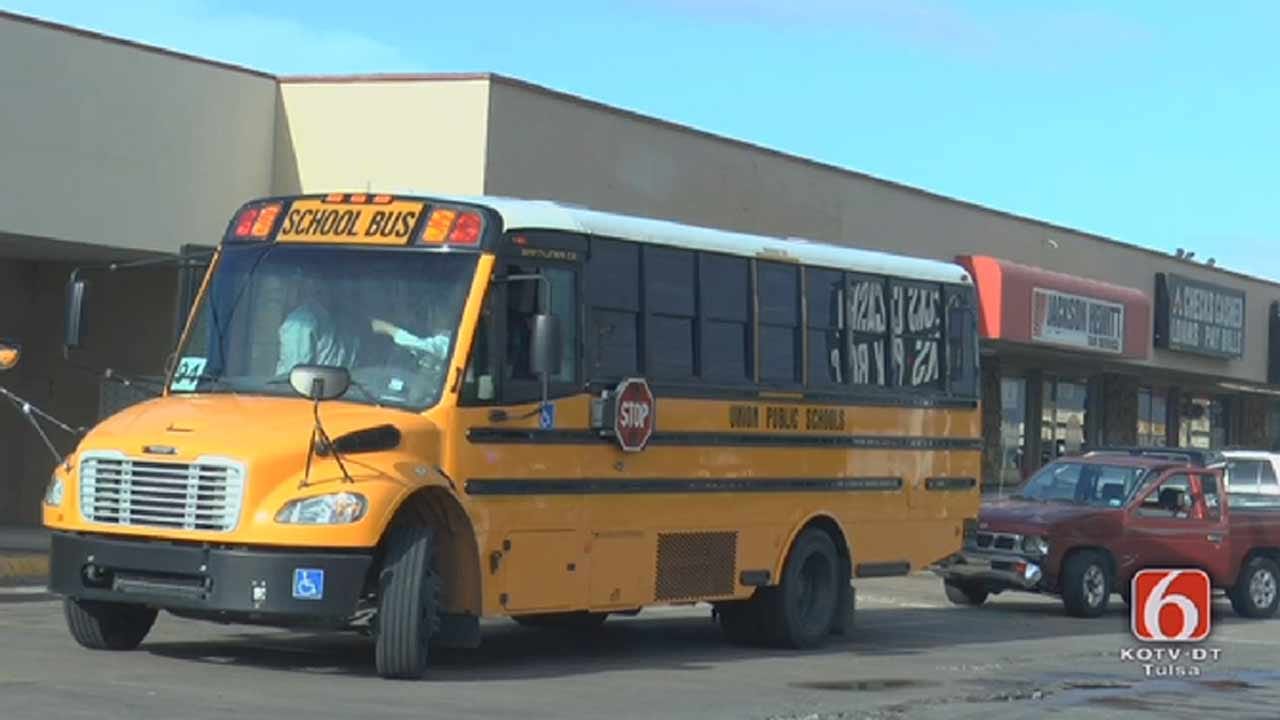 A Union School bus was involved in a four-vehicle crash on 31st Street near Highway 169 around 8 a.m. Monday morning. News On 6 was told there were three young children on the bus, but no one was hurt.

The driver of a Nissan pickup was cited in the chain-reaction cash.

Police say the bus was eastbound on 31st Street when the Nissan pickup exited Highway 169 and hit the bus on the right side. The bus went into another lane, hitting a Nissan Pathfinder.

The Nissan pickup hit a black pickup after it struck the bus, investigators say. All the vehicles were off the street and in a parking lot following the wreck.

Tulsa police investigated the crash and wrote the Nissan pickup driver a ticket.