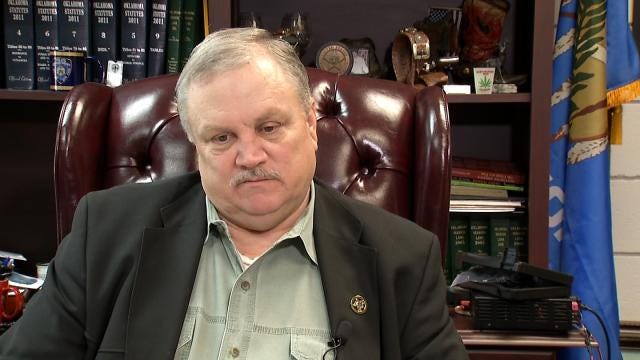 Wagoner County Sheriff Bob Colbert has suspended himself from office.

A multi-county grand jury indicted him and deputy Jeffrey Gragg last week on bribery and extortion charges and called for his suspension until he can be tried on the charges.

Colbert and Gragg are accused of accepting a $10,000 bribe from two people, to make a drug case go away.

Colbert tells News On 6's Lori Fullbright he is not sure who will take over day to day operations but assumes the undersheriff will be appointed. He says this is not over, he is innocent and wants a chance to prove it.

Colbert's attorney says the drug interdiction was handled properly and the grand jury wasn't given the evidence that would clear the sheriff.