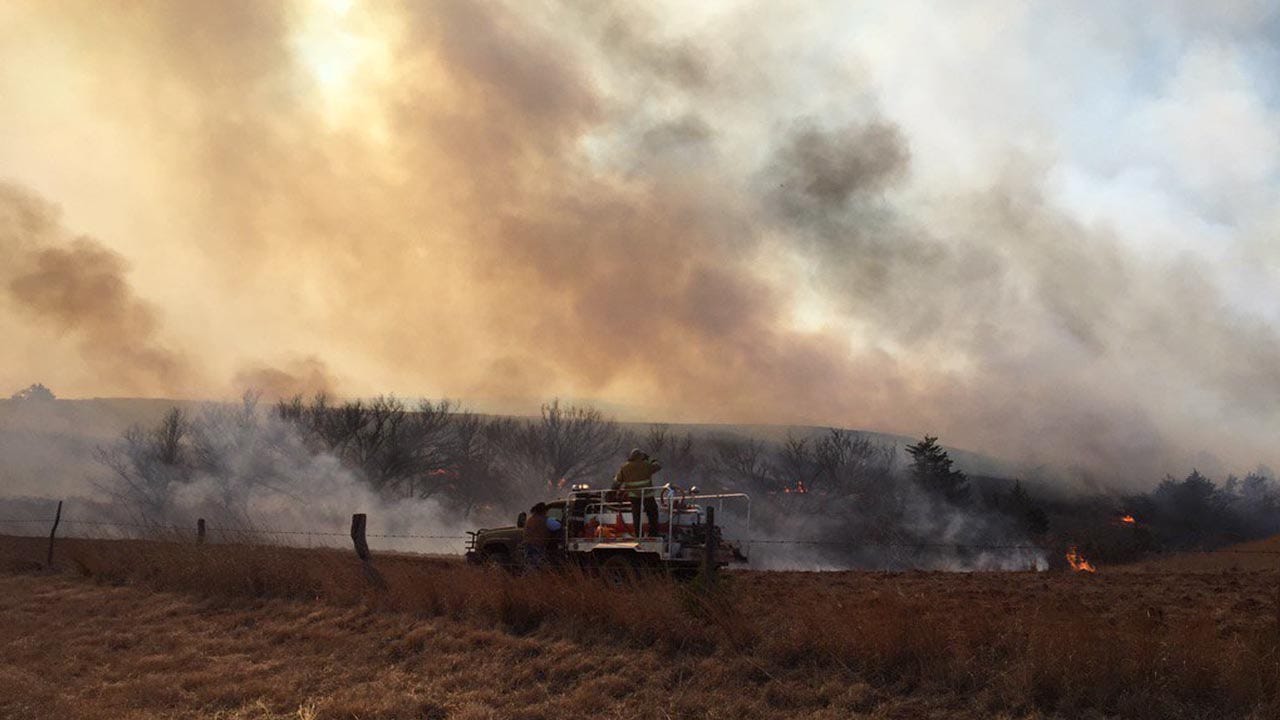 On Friday morning, hay donations were being sought for ranchers whose land burned in a massive wildfire in Kansas and Oklahoma.

3/25/2016 Related Story: Victims Left Picking Up The Pieces As Wildfire Continues To Burn In OK, KS

Hundreds of firefighters and have been battling the blaze that started Tuesday in Oklahoma and spread into Kansas. As of Thursday, it had consumed 620 square miles, nearly half a million acres of mostly farmland and ranchland in the two states.

Smoke from the blaze has been detected hundreds of miles away in St. Louis. At least one home has burned, but no serious injuries have been reported.

Meteorologists say the weather conditions could make it hard for crews to make headway against the wildfire as it moves across the sparsely populated area.

The National Weather Service says wind gusts of up to 30 mph are expected to last from Friday morning through the afternoon.

Meteorologist Bill Turner says the big challenge will be keeping the fire from spreading again once the south wind picks up.

The sky is no longer blue, or even grey. It's orange. Wow, kind of scary. #wildfire #kwch12 pic.twitter.com/O8HS7wL6jT

A cattle truck is racing towards fire. This terrain is not flat. There are steep hills and valleys. #kswildfire pic.twitter.com/iH94uigjaK