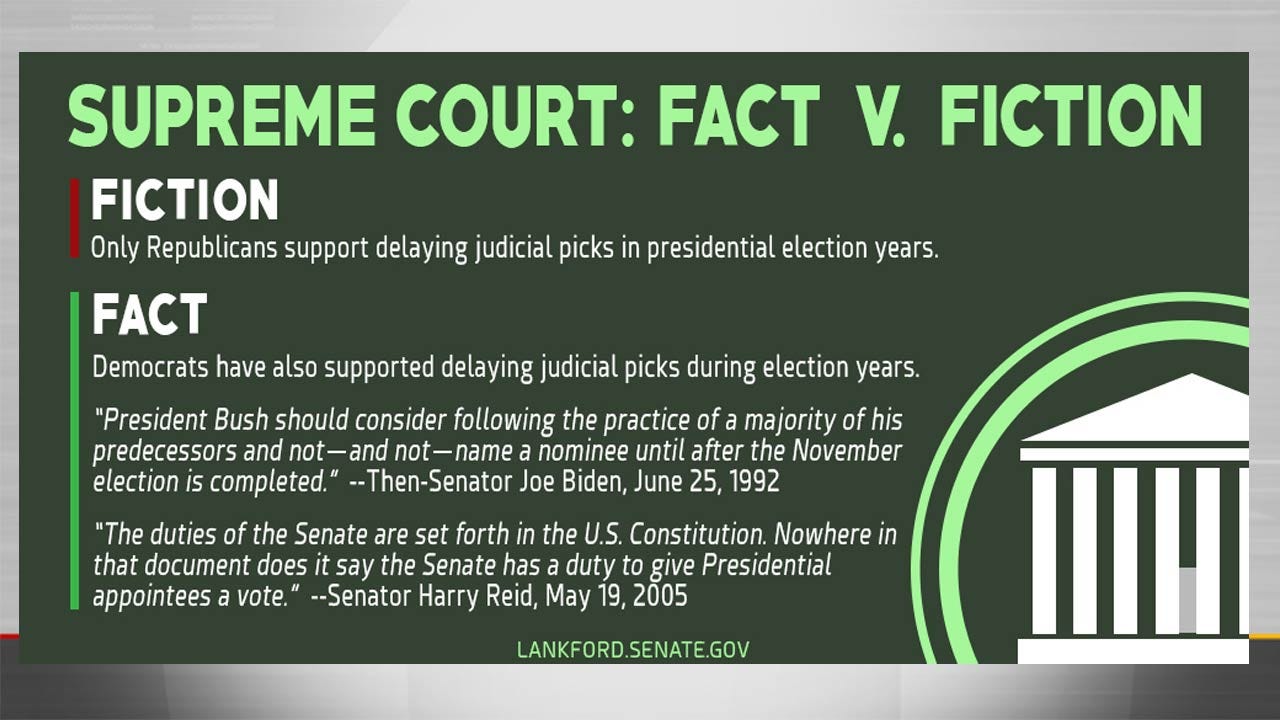 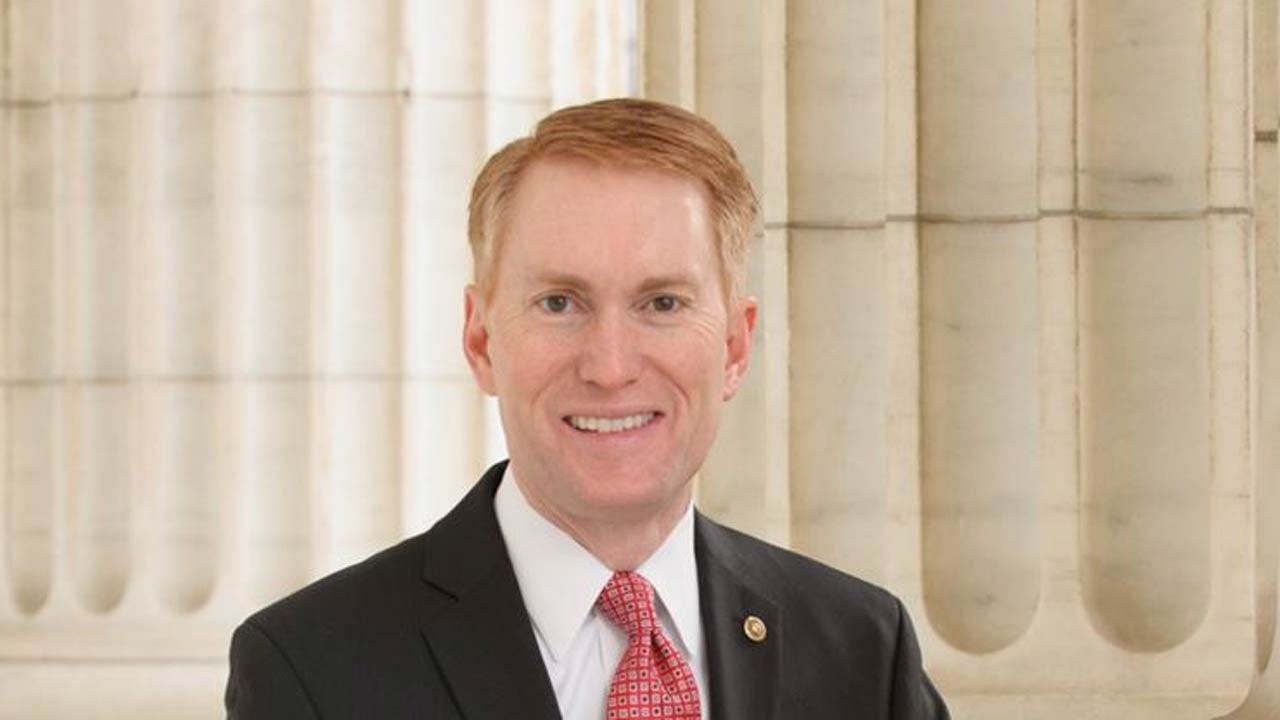 Senator James Lankford launched a social media campaign on Monday to correct what he calls misinformation about the Supreme Court vacancy.

The Republican calls his social media campaign “Supreme Court: Fact v. Fiction.” He started it on Monday when speculation began growing that President Obama would soon nominate someone to replace the late Antonin Scalia.

"President Bush should consider following the practice of a majority of his predecessors and not--and not--name a nominee until after the November election is completed." --Then-Senator Joe Biden, June 25, 1992

“The duties of the Senate are set forth in the U.S. Constitution. Nowhere in that document does it say the Senate has a duty to give presidential nominees a vote." --Senator Harry Reid, May 19, 2005

In a floor speech on Wednesday, March 9, 2016, the junior senator said the American people should decide Justice Scalia’s replacement.

His fellow senator from Oklahoma, Republican Jim Inhofe, agrees with him. Inhofe released the following statement after President Obama's announcement:

“While I will evaluate the nomination of Judge Merrick Garland, the next president should be the one to fill the vacancy on the Supreme Court. President Obama has worked to ram through his liberal agenda by way of executive actions, of which many are now tied up in the courts. This has created a situation where we need to be cautious as to who will fill the vacancy left behind by Justice Scalia. It makes the current presidential election all that more important as not only are the next four years in play, but an entire generation of Americans will be impacted by the balance of the court and its rulings. Sens. Barack Obama, Joe Biden, Hillary Clinton, Chuck Schumer and Harry Reid have all made statements that the Senate does not have to confirm presidential nominations in an election year. I will oppose this nomination as I firmly believe we must let the people decide the Supreme Court’s future.”