Ahead Of The Storm, Part 4 Ahead Of The Storm: Part 1 Ahead Of The Storm, Part 2 Ahead Of The Storm: Part 3 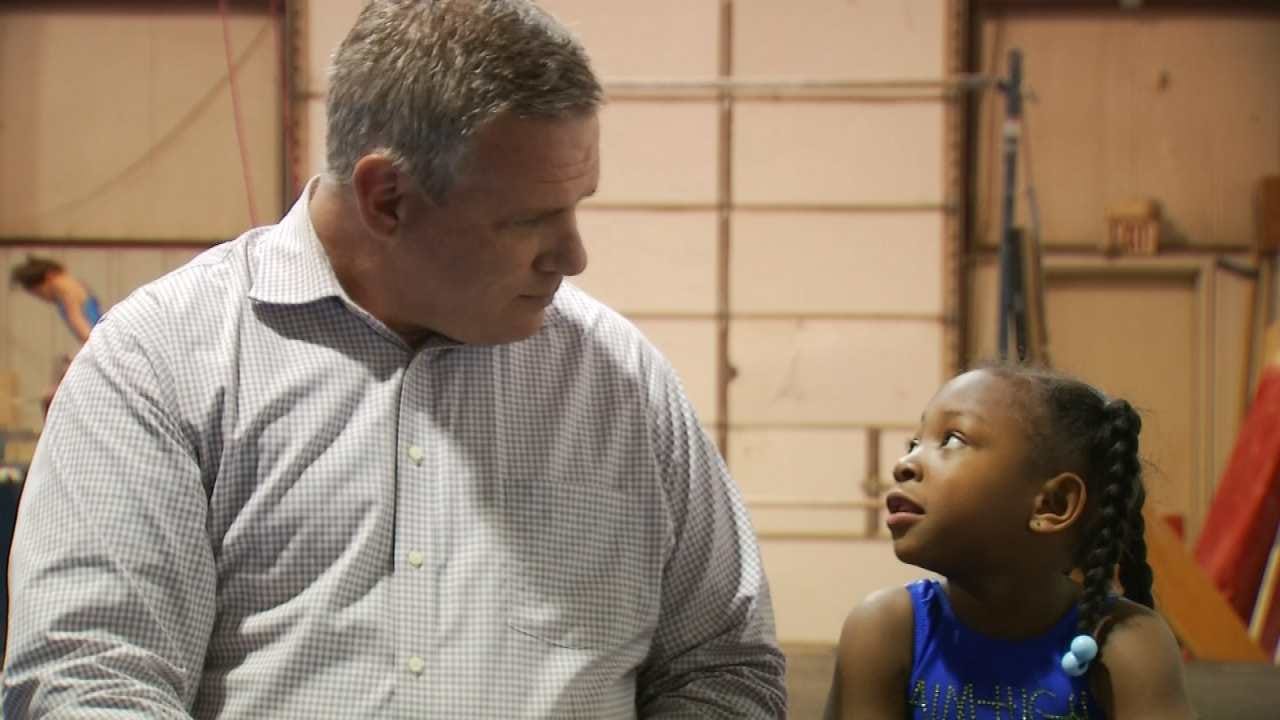 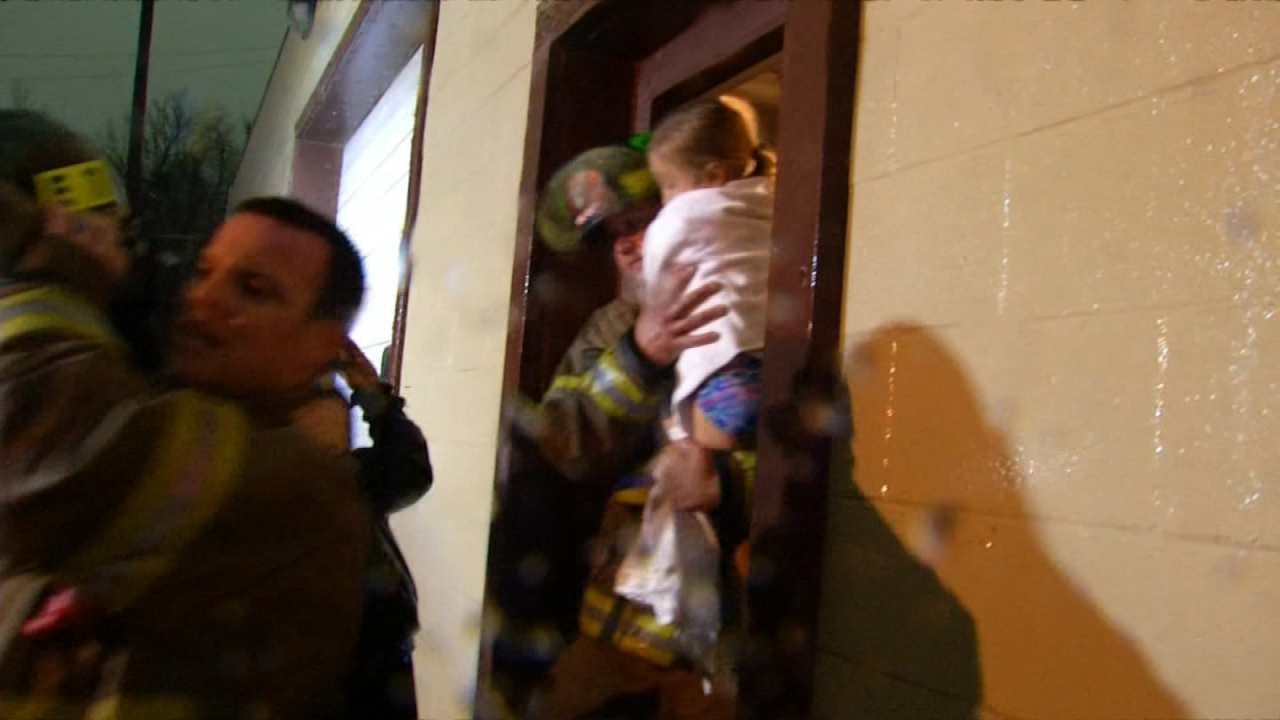 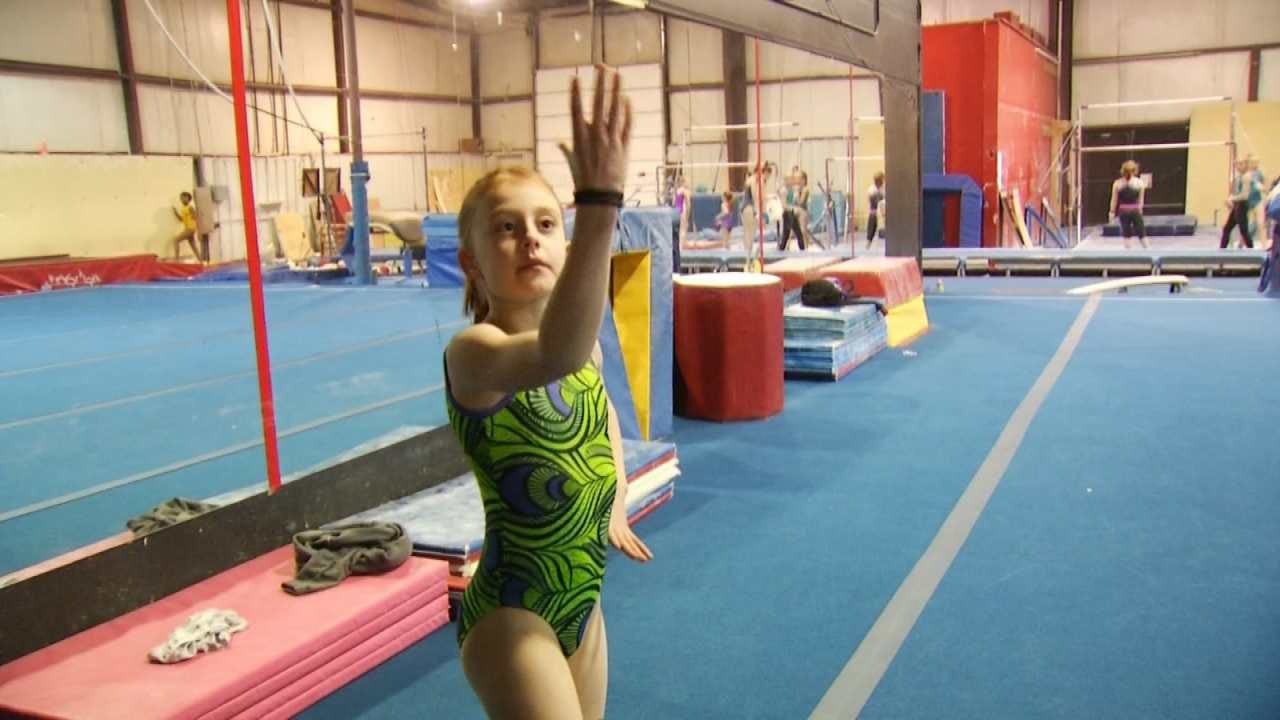 Some of the most powerful images of the tornado that hit Sand Springs and west Tulsa, are those of firefighters carrying girls from the rubble of a collapsed gymnasium.

"We heard the wind, and we just started running and crying," said 6-year-old Amari Martin.

Seventy-five children were rushed to the basement of their gym, just as the wind picked up.

"Blows, blows - and it was all the water was coming down on us and it was scary."

"We all had our arms wrapped around each other.  And I just remember a feeling of closeness, but tense," said Jennifer Patterson, Aim High Director.

After ten minutes in the basement, the wind collapsed a wall, then the roof collapsed.

"I thought it was a big rock coming to explode the Earth," Amari said.

Twelve-year-old Coree Green said, "It was just really loud, and you could hear the thunder and tornado outside."

Patterson said, "I just remember hearing the screams and the cries of the kids and that, I think, was the hardest thing for me to hear."

Amari Martin, and others, prayed.

"I said, please don't let us get killed, please God - just help us get out of here and make us have no scratches so that we could be saved." she said.

Soon, those firefighters arrived, carrying those scared and shivering little girls to safety. Cradling some, comforting others.

Despite what happened, the girls soon got back into action at the gym.

"It's much funner than a tornado," Martin said.

But they've been split up at two different locations. That's going to change. Aim High launched a $5.5 fundraising drive to build a new facility.

After what the girls went through last year, the new facility will definitely have a specially designed area that is a tornado safe zone. The concrete reinforced area will have room for 150 people.

And while they would rather be learning gymnastics, they also learned about being safe during Oklahoma's severe weather.

Gymnast Amari Martin said, "Never go outside when there is a tornado, or it might suck you up and you'll never be seen again, then your parents are going to be worried about you and your family."