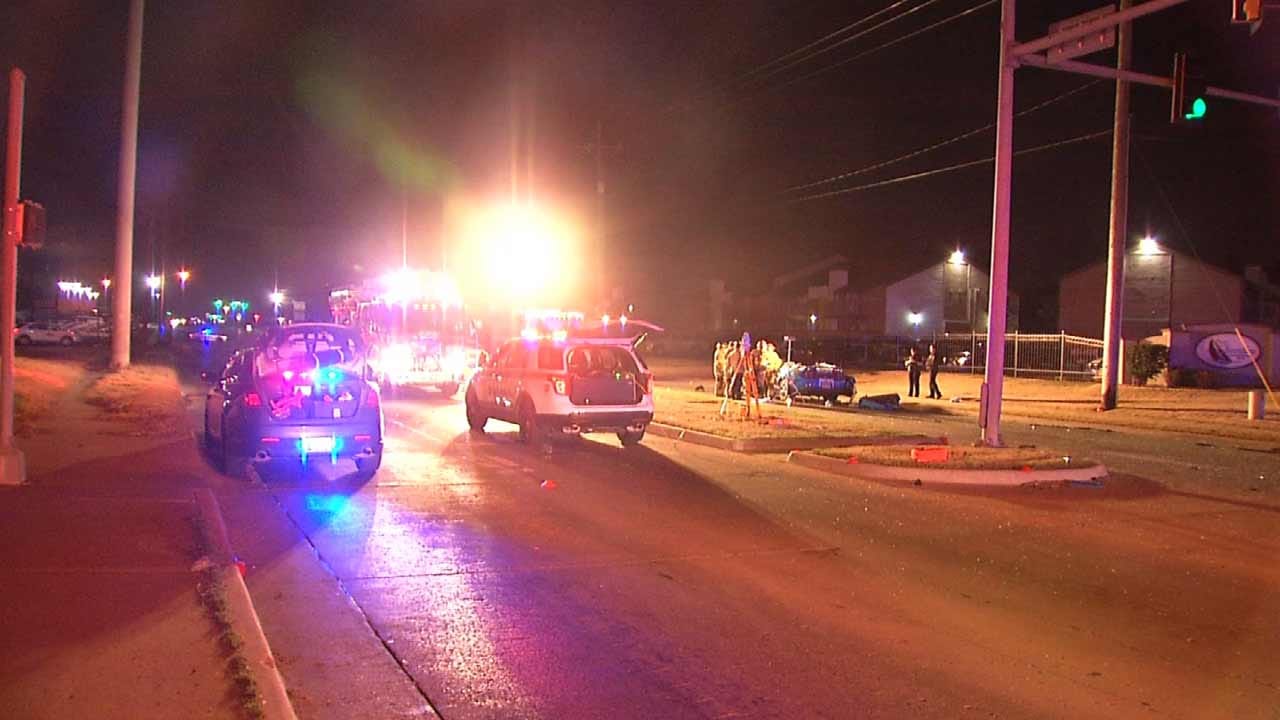 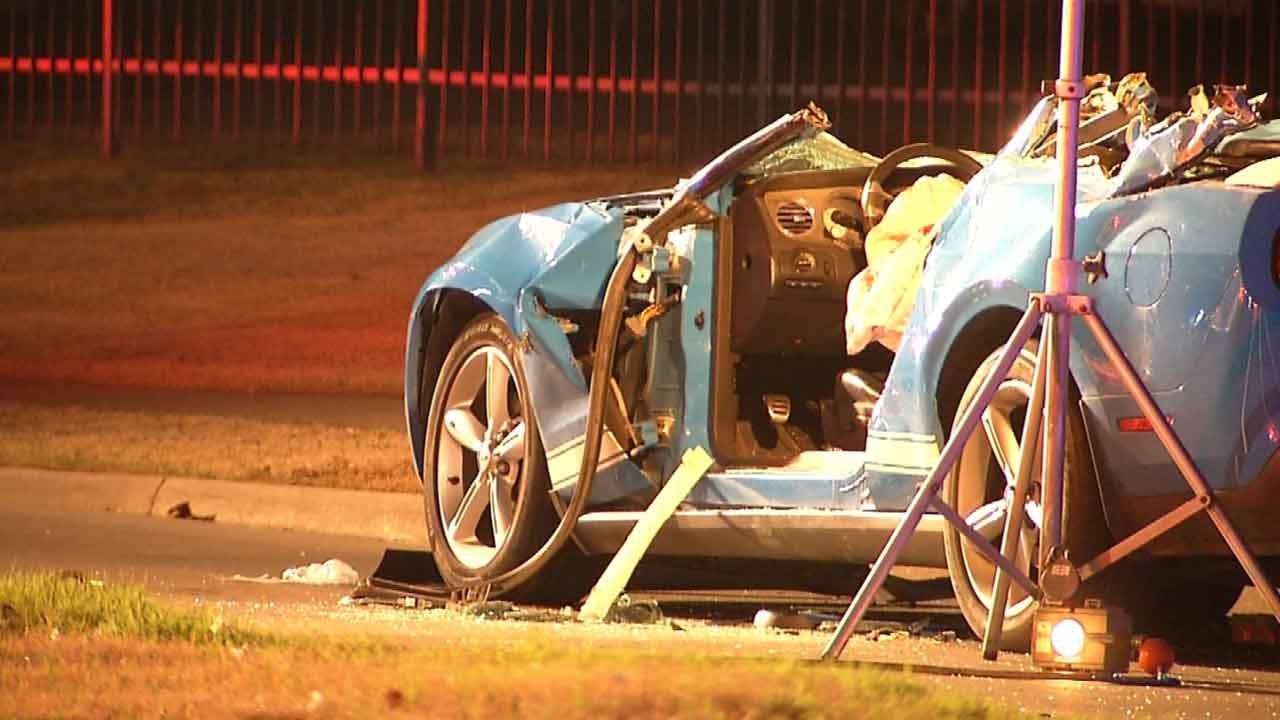 One person is dead following a crash between a semi and a Mustang Sunday morning.

According to Tulsa police, it all happened near 21st and Interstate I-44 around 4:00 a.m.

Police said a semi was exiting from I-44 and turning left onto 21st when an eastbound Mustang ran the light at a high rate of speed and went underneath the trailer. They said the impact sheared off the top of the Mustang.

Officer said one person was killed and three more were taken to the hospital. Police said two are in critical and one has non-life threatening injuries.