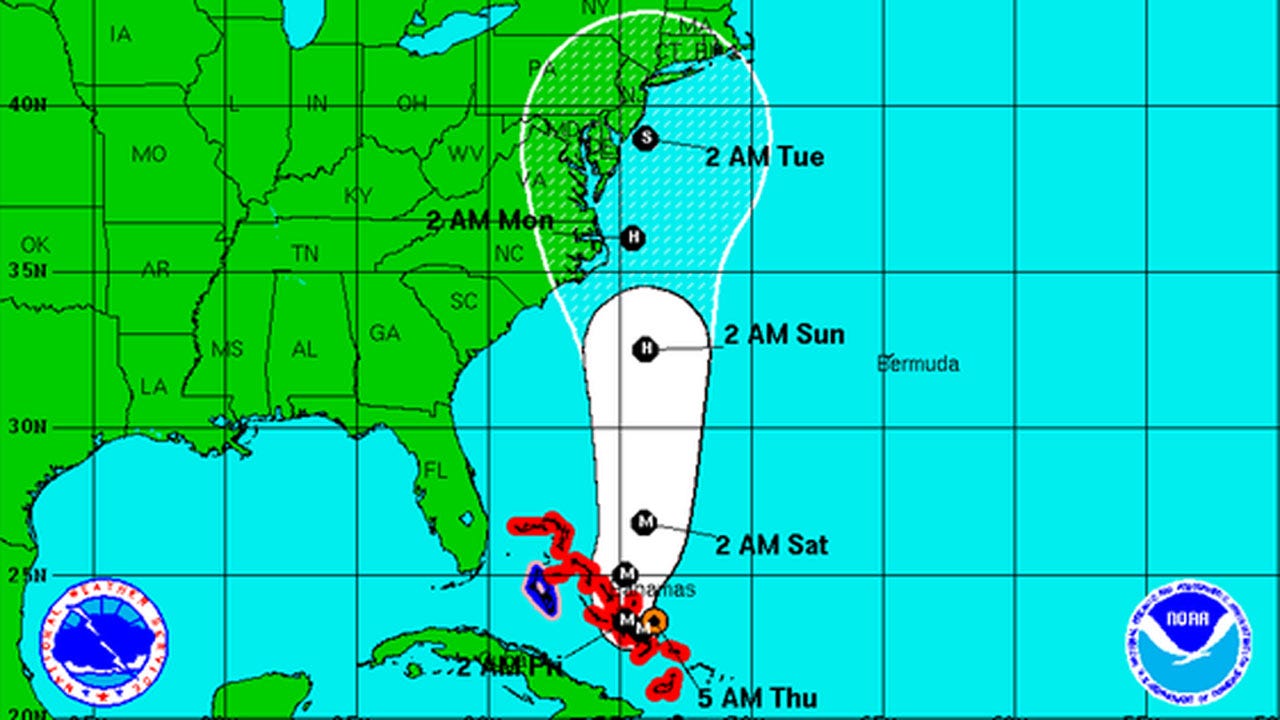 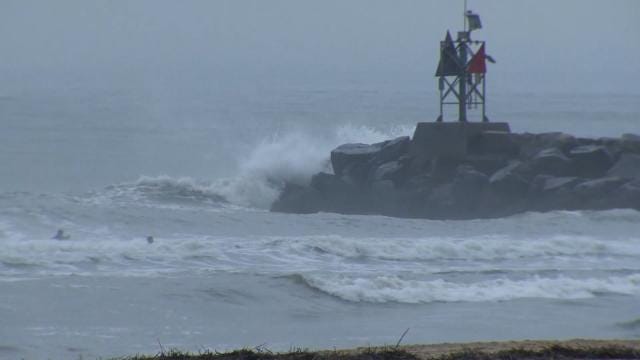 Hurricane Joaquin grew into a category 3 storm late Wednesday as it approached the central islands of the Bahamas on a projected track that would take it near the U.S. East Coast by the weekend.

The U.S. National Hurricane Center in Miami said Joaquin was centered about 65 miles southeast of San Salvador in the Bahamas early Thursday. The hurricane's maximum sustained winds were 120 mph. It was moving west-southwest at 5 mph and was expected to continue in that general direction for much of Thursday.

Additional strengthening is expected, with some fluctuations in intensity Thursday night and Friday.

Forecasters say hurricane conditions are expected to reach portions of the central Bahamas before long. The area could see total rain accumulations of 10 to 15 inches from the storm, with isolated maximum amounts of 20 inches possible.

A turn to the north and northwest toward the U.S. was expected late Thursday or Friday, but forecasters were still gathering data trying to determine how it might affect the U.S.

"We've got Air Force reconnaissance planes continuously giving us data from inside the hurricane this morning, and we're going to be throwing a lot more aircraft resources at this problem over the next few days because it still is not certain whether or not Joaquin will directly impact the U.S. East Coast or stay out to sea," said Rick Knabb, director of the National Hurricane Center.

The hurricane center's long-term forecast showed the storm could near the U.S. East Coast above North Carolina on Sunday.

"Residents of the Carolinas north should be paying attention and monitoring the storm. There's no question," said Eric Blake, a hurricane specialist with the center. "If your hurricane plans got a little dusty because of the light hurricane season, now is a good time to update them."

Governors up and down the East Coast are warning residents to prepare for drenching storms that could cause power outages and close more roads in a region already walloped by rain.