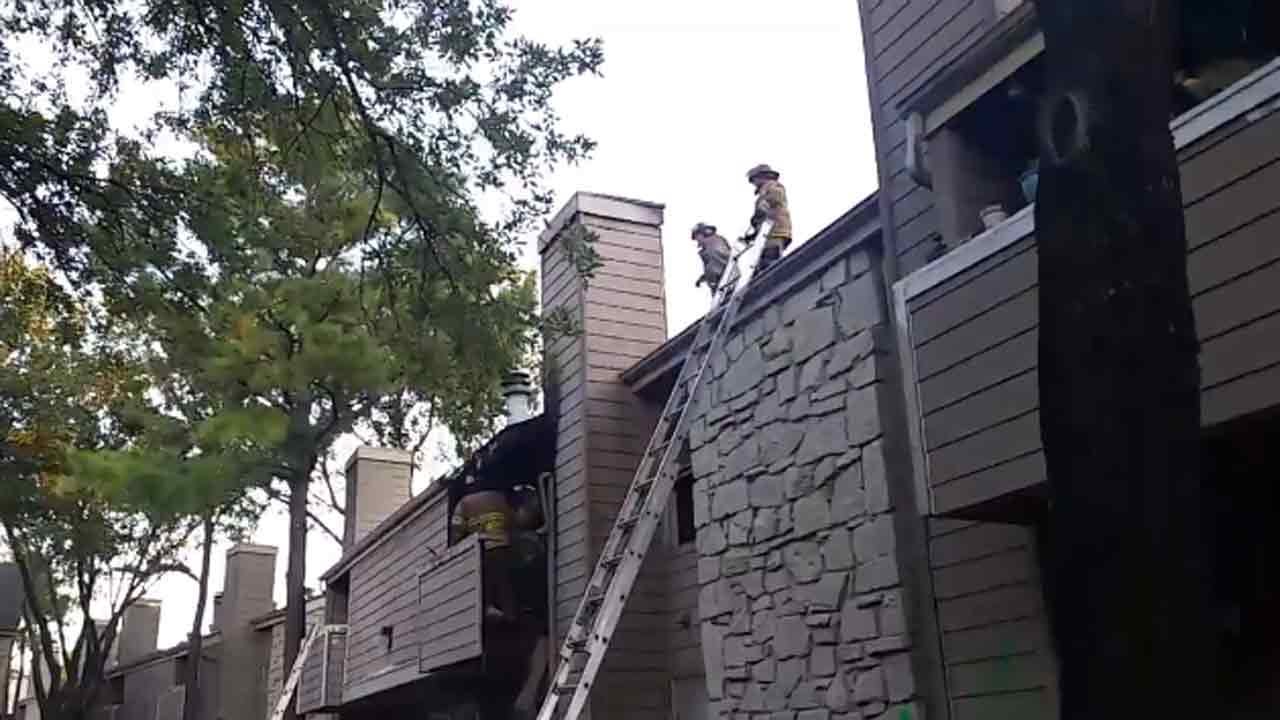 Crews responded to flames at the Silver Creek Apartments in the 10700 block of East 41 Street just before 8:00 p.m.

According to residents, the fire started on the balcony of one of the apartment and climbed all the way to the attic before firefighters got the flames out.

The damage has forced 18 to 20 people out of their apartments. They will stay in the apartment clubhouse or moved to new units until further notice.

The cause of the fire is still being investigated.

No injuries have been reported at this time.