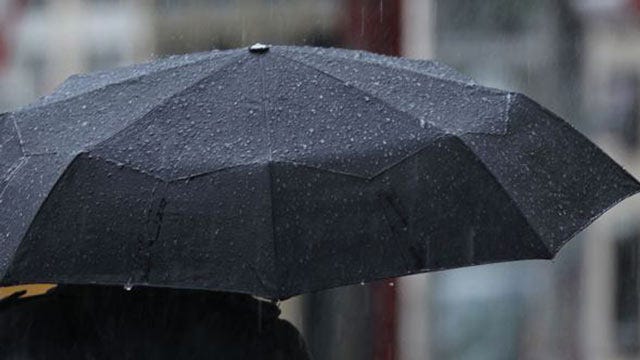 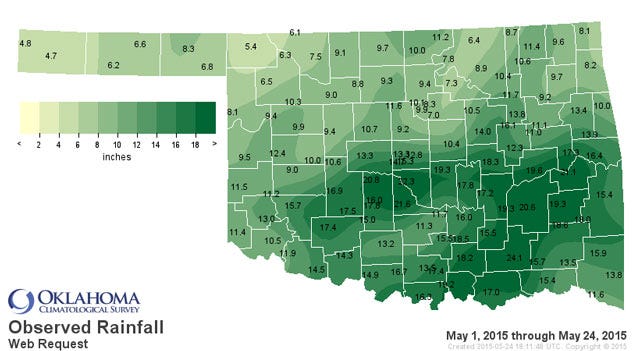 With a week still to go, the Oklahoma MESONET reports May 2015 is already the wettest month in Oklahoma history.

The MESONET says as of Sunday afternoon the statewide average for May stood at 12.29" of rainfall, which is 8.61" above normal.

The MESONET says its records go back to 1895. With more rain forecast in the coming week, the record set by May 2015 will go much higher.

The National Weather Service says that between one and three inches of rain fell over the region Sunday morning. Forecasters say as much as three more inches are possible by Monday morning.

With the ground already saturated, flash flooding is likely.