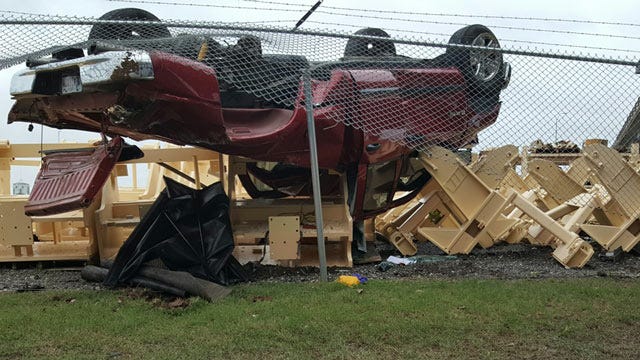 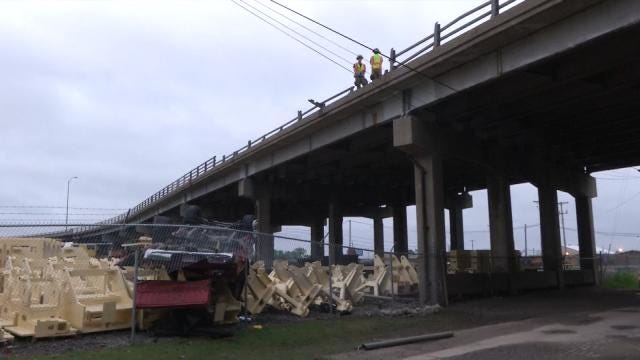 Police call the driver of a pickup that flew off the 23rd Street bridge "the luckiest person ever."

The Dodge pickup went off the bridge in west Tulsa after trying to avoid hitting a Honda Accord in the westbound lanes, according to police.

Officers said the pickup went through the bridge railing at about 6 a.m., dropped 30 feet and landed upside down on construction equipment near the railroad tracks. EMSA took the driver to the hospital with what police say were non-life threatening injuries.

Officers said the driver of the Honda was merging onto the bridge from Highway 75 and changed lanes in front of a pickup. They said Kinkade swerved to avoid hitting the car. Police said the car's driver did not have a license or insurance.

The crash caused westbound traffic on the bridge to be blocked for several hours while crews repaired the railing.