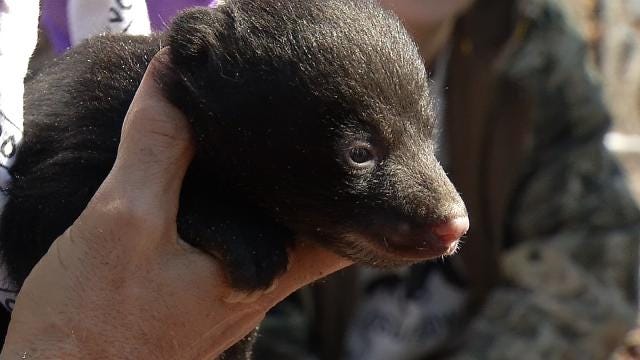 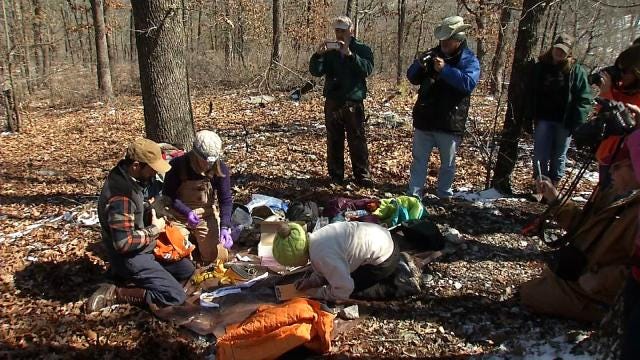 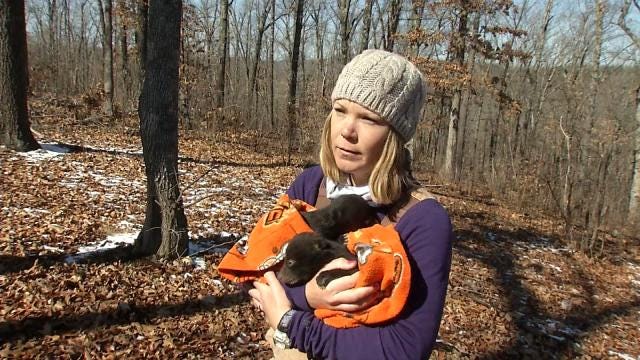 Oklahoma's bear population is on the rise. The Department of Wildlife estimates there are close to 1,000 black bears statewide.

The majority of the population is in southeastern Oklahoma, but many call Green Country home, and recently, researchers welcomed the state's newest bear cubs into the world.

It was a sunny March morning with a blanket of melting snow, when two little bear cubs saw daylight for the very first time.

That's because, since they were born, the cubs have been hibernating with first-time mom Graci in a small ground den in the side of a hill.

“We captured Graci for the first time in 2013 and she was a yearling at that point,” Lyda said.

As part of a five-year research project, headed up by OSU's Cooperative Fish and Wildlife Research Unit and the Oklahoma Department of Wildlife, Graci has been wearing a tracking collar ever since.

“I think it's gonna go a long way in helping us really understand what makes this population what it is, and whether it's gonna grow or not and where it's gonna go to,” said Lyda.

Lyda and biologists are following about 40 black bears in Cherokee County.

It was the fourth litter they checked in the area this year, but they almost didn't get a chance to meet the cubs at all.

Graci wasn't reacting to the sedative, even after two doses. The momma bear was not happy, and a third shot was not an option, but after two and a half hours Graci finally went to sleep.

Lyda wasted no time diving into the den to check on the babies.

Up on a ridge, friends and family of the research team who would've never gotten this close to these cubs got the rare chance to cuddle.

Despite being totally off the grid, everyone managed to make it more like a red carpet movie premiere, complete with paparazzi.

The stars, of course, were the two cubs named according to the school colors they wore; but for Pistol and Pete, the fun didn't last long.

Lyda had to weigh, measure, and put in pit tags on the little guys.

“It's the same idea as when you microchip your pet,” she said.

The cubs' least favorite part was when Lyda pulled a hair sample.

“This is all for the good of the species,” she said.

Pistol and Pete are perfectly healthy, only about five weeks old and ready to snuggle back in with their momma.

“By the time she wakes up, they smell like her again, they don't smell like us and she's happy to be back with them and they're all good,” Lyda said.

Researchers said the bears in northeast Oklahoma have recolonized from Arkansas and now call Oklahoma home.

OSU has one year left on the research project to track bears in the state, but they hope to get an extension so researchers can follow the cubs for several years.