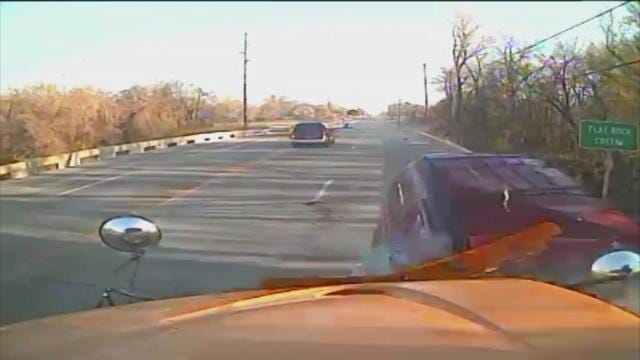 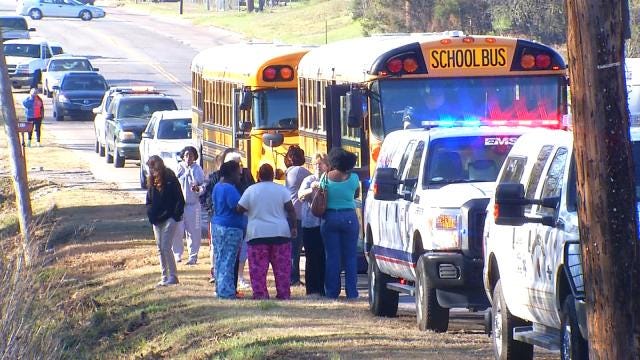 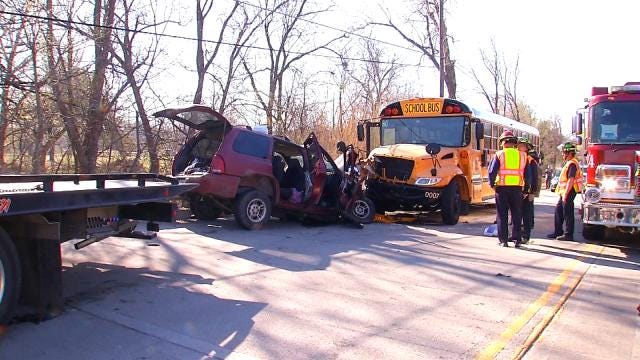 After someone slammed head-on into a Tulsa school bus Monday morning, we filed an open records request for the video from inside the bus.

Before you watch, remember that the students only had minor injuries, and the driver who hit the bus wasn't seriously injured because his airbags deployed. It's a story you'll see only on News On 6.

The bus was carrying 37 students on their way to Tulsa's McLain Junior high school Monday morning. That's when an SUV came into view, clipped a white car then came careening right at the school bus. It didn't swerve or brake.

The bus driver saw it coming and stopped the bus, but had nowhere to go. There's nothing she can do but watch it happen.

Police say the bus driver did a good job of making sure everyone on board was OK and getting the kids to stay in their seats, then she began an inventory of who was hurt.

They say eight of the students complained of bumps and bruises from hitting their heads, either on the seats or each other.

Five parents did take their kids in later to be checked by a doctor.

Police estimate the driver of the SUV was going 60 miles an hour, which is about 20 miles over the speed limit. They say the 40-year-old man behind the wheel had recently had seizures, so they are trying to determine if he had one this day, that caused him to lose control.

He was pinned inside his vehicle for about 20 minutes until rescuers got him free, but police say he was able to talk once they got him to the hospital.

Officers say it's hard to watch the impact of the SUV hit the school bus, but they say the video that actually shows the students taking that impact is even more dramatic - but we were not allowed to have that one, since the students are minors.

The Oklahoma Department of Public Safety says school bus crashes make up less than one percent of all traffic crashes in the state.

I talked to the investigator working this crash and he tells me it could take a few months to get back the blood test results to see if the driver of the SUV had a seizure before the crash.