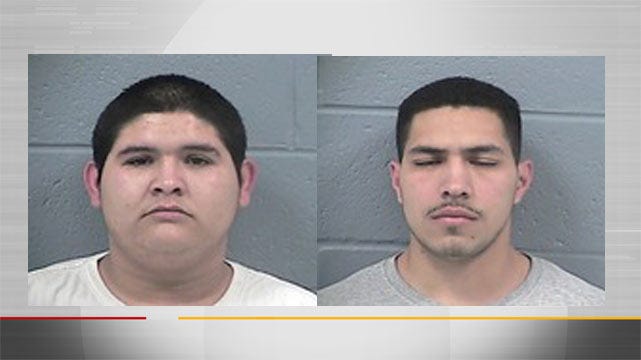 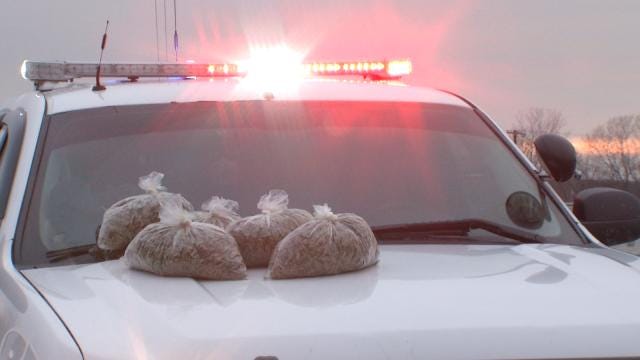 Rogers County authorities say $25,000 of marijuana is off the streets after a traffic stop Wednesday evening.

Deputies with the Rogers County Drug Task Force had stopped a van on Highway 66 near Catoosa for a traffic violation when they smelled marijuana.

A canine police officer confirmed it and deputies searched the van and found five pounds of marijuana in the car and arrested Leeroy Luna, 22, and Juan Quintana, 26, both of Tulsa.

Both men were booked into the Rogers County jail on a complaint of distribution of a controlled substance. Jail records show both men were being held without bond pending a April 1 court appearance.